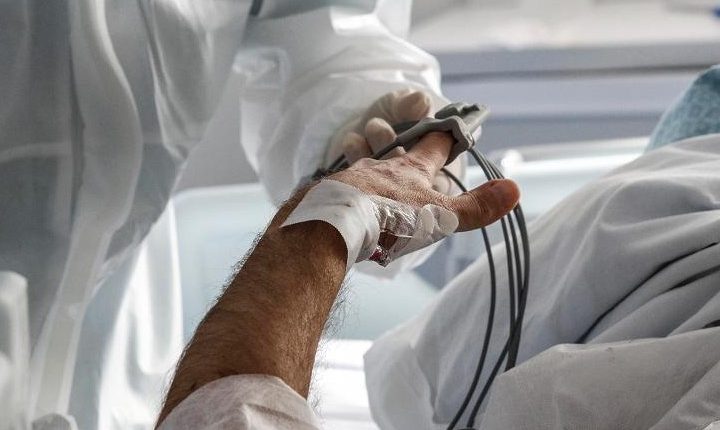 Covid in Italy, Gimbe: "In the last week almost 20% more infections and deaths"

Italy: Covid infections and deaths on the rise for two months

The president of the Gimbe Foundation, Nino Cartabellotta, said that “the number of new cases has been increasing for two months, with the seven-day moving average rising from 2,456 on 15 October to 17,795 on 14 December”.

In all regions, with the exception of Friuli-Venezia Giulia, Molise and the autonomous province of Bolzano, there was a percentage increase in new cases: from 4.4% in Abruzzo to 94.8% in Basilicata.

The number of deaths caused by Covid is also on the rise: in Italy 663 in the last seven days (of which 21 relate to previous periods), with an average of 95 per day compared to 80 in the previous week

The Gimbe Foundation’s health services research manager, Renata Gili, says that “on the hospital front, the number of beds occupied by Covid patients is still increasing: +17.9% in the medical area and +11.2% in intensive care compared to the previous week”.

Despite the increased pressure on hospitals, the percentage of patients admitted to the medical area and intensive care units out of the total number of currently positive patients has progressively decreased in recent weeks.

Cartabellotta explains that ‘compared with a substantially stable number of swabs, this figure is probably due to the increase in third doses, which bring efficacy back to higher values’.

The director of operations of the Gimbe Foundation, Marco Mosti, points out that ‘on the intensive care front, however, the increase in daily admissions is worrying: the seven-day moving average rises to 70 admissions/day compared to 59 the previous week’.

Mosti comments that “with only 874,000 doses delivered in the last seven days and the current pace of administration, mRNA vaccine stocks are dwindling”. On the official repository there are 1.2 million doses of Pfizer and 2 million doses of Moderna, but the reporting of the latter does not take into account that only half a dose is used for booster shots, so there could be many more doses available.

Mosti adds that ‘it is essential to count the actual doses of Moderna vaccine used and to change the way it is reported’.

The targets defined by the commissioner structure in the period 8-14 December were always exceeded, except for 8 December: a total of 383,359 more doses were administered than the 2,850,000 planned.

However, there are still almost 6.4 million people without a single dose, including 2.45 million over 50 at high risk of serious illness and hospitalisation, and 1.02 million in the 12-19 age group, which increase the circulation of the virus in schools.

In terms of effectiveness, the need for the booster dose is well documented by the data of the Istituto Superiore di Sanità, which show a reduction in vaccine effectiveness five months after the completion of the primary vaccination cycle.

Overall, the incidence of diagnosis (by 65.5-76.1%) and above all of serious illness (by 82.9-93.3% for ordinary hospitalisations; by 89.9-97.1% for intensive care) and death (by 78.9-96.7%) is reduced in the various age brackets for those vaccinated with a complete cycle (plus a possible booster dose) compared to those not vaccinated.

The figure is, however, overestimated due to the failure to include in the population who, as of 1 December, have progressively reached the fifth month since the completion of the vaccination cycle.

Not only positive and dead Covid: in the independent monitoring of the Gimbe Foundation is also a chapter devoted to the variant Omicron

On 26 November last year, the Omicron variant (B.1.1.529) was defined as Variant of Concern (VoC) by the World Health Organisation (WHO).

According to the European centre for disease prevention and control (ECDC), the Omicron variant has been detected in 69 countries and, given its high transmissibility, is likely to be present in many more.

In Italy, according to Ecdc data, 27 cases have been reported, and at European level the incidence of local infections is increasing compared to those ‘imported’ from other countries.

Although data on the impact of the Omicron variant are still limited, on 10 December the WHO summarised preliminary evidence in the report ‘Enhancing readiness for omicron (B.1.1.529): technical brief and priority actions for member states’ and on 14 December the ECDC published the report ‘Assessment of the further emergence and potential impact of the SARS-CoV-2 omicron variant of concern in the context of ongoing transmission of the delta variant of concern in the EU/Eea’.

In summary: with regard to transmissibility, epidemiological data from South Africa and some European countries (notably Denmark and England) show that the omicron variant is more contagious than the delta with a doubling time of cases currently estimated at 2-3 days.

It is not yet clear whether the rapid growth in countries with high vaccination coverage rates is due to the virus’ ability to evade the immune response, increased transmissibility, or a combination of both.

Then there is the issue of immune evasion: there seems to be a higher incidence of re-infection in cured people and a reduced effectiveness of vaccines.

In this regard, data from Public health England show that the efficacy of two doses of vaccine on symptomatic disease is sharply reduced, but rises again after the administration of the third dose (about 70-75%).

However, there are still no robust and conclusive data on the efficacy of vaccines against severe Omicron variant disease.

In terms of disease severity, although the South African data suggest that this variant may cause a less severe clinical picture, and almost all cases reported in Europe are mild or asymptomatic, the evidence is not yet robust.

Moreover, even if the disease were milder, the substantial increase in cases could still lead to an increase in absolute numbers of severe forms, with consequent hospital overload.

In this scenario, the WHO and the ECDC have classified the risk of the Omicron variant spreading as very high, recommending strengthening surveillance and sequencing, speeding up the administration of vaccines and booster shots (the ECDC recommends shortening the booster shot to three months instead of five) and stepping up non-pharmacological measures to contain the epidemic: masks, social distancing and avoidance of crowds, hand hygiene, ventilation of closed environments, smartworking.

What factors have led to the increase in covid positives and deaths in Italy?

Cartabellotta also states that ‘our country has entered a critical phase of the pandemic due to the convergence of various factors: the winter season, the more than 6 million unvaccinated, the clear initial delay in the administration of third doses, the upcoming Christmas holidays that will increase social contacts and contagions and, above all, the progressive spread of the Omicron variant that, according to the ECDC, will become prevalent in Europe within the first two months of 2022″.

Finally, the president of the Gimbe Foundation points out that ‘in this context, the latest government measures, which aim to increase protection against the virus, have not changed the criteria for assigning colours to the regions, defined when the decline in vaccine effectiveness and the need for third doses were not known and the threat of such a worrying variant did not loom.

Criteria that leave the regions maximum autonomy in increasing bed availability to reduce occupancy rates, with the risk of quietly congesting hospitals and limiting access to treatment for non-Covid patients,’ Cartabellotta concludes.

The FAD training of Italia Emergenza? Save money with the Emergency Live discount code!