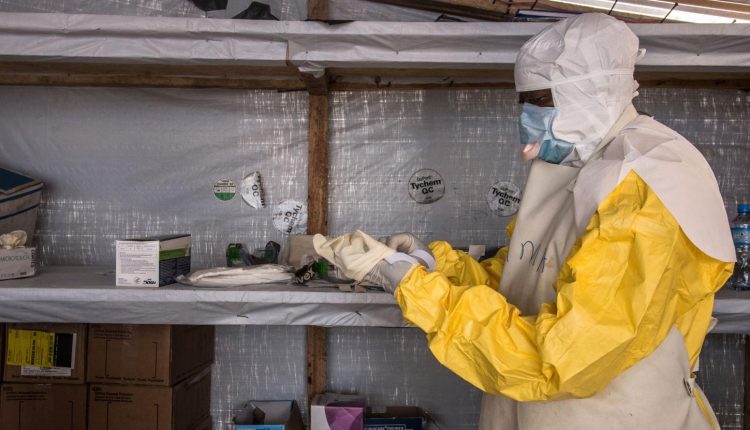 The WHO reports a first case of Marburg virus in Guinea, just two months after the Ebola crisis was declared over

This is the first time Marburg, a highly infectious disease that causes haemorrhagic fever, has been identified in the country, and in West Africa.

Marburg, which is in the same family as the virus that causes Ebola, was detected less than two months after Guinea declared an end to an Ebola outbreak that erupted earlier this year.

Samples taken from a now-deceased patient and tested by a field laboratory in Gueckedou as well as Guinea’s national haemorrhagic fever laboratory turned out positive for the Marburg virus.

Further analysis by the Institut Pasteur in Senegal confirmed the result.

The patient had sought treatment at a local clinic in Koundou area of Gueckedou, where a medical investigation team had been dispatched to probe his worsening symptoms.

“We applaud the alertness and the quick investigative action by Guinea’s health workers.

The potential for the Marburg virus to spread far and wide means we need to stop it in its tracks,” said Dr Matshidiso Moeti, World Health Organization (WHO) Regional Director for Africa

“We are working with the health authorities to implement a swift response that builds on Guinea’s past experience and expertise in managing Ebola, which is transmitted in a similar way.”

Gueckedou, where Marburg has been confirmed, is also the same region where cases of the 2021 Ebola outbreak in Guinea as well as the 2014–2016 West Africa outbreak were initially detected.

Efforts are underway to find the people who may have been in contact with the patient.

As the disease is appearing for the first time in the country, health authorities are launching public education and community mobilization to raise awareness and galvanize support to help curb widespread infection.

An initial team of 10 WHO experts, including epidemiologists and socio-anthropologists is on the ground helping to investigate the case and supporting the national health authorities to swiftly step up emergency response, including risk assessment, disease surveillance, community mobilization, testing, clinical care, infection prevention as well as logistical support.

Cross-border surveillance is also being enhanced to quickly detect any cases, with neighbouring countries on alert.

Marburg is transmitted to people from fruit bats and spreads among humans through direct contact with the bodily fluids of infected people, surfaces and materials.

Case fatality rates have varied from 24% to 88% in past outbreaks depending on virus strain and case management.

Although there are no vaccines or antiviral treatments approved to treat the virus, supportive care – rehydration with oral or intravenous fluids – and treatment of specific symptoms, improves survival.

A range of potential treatments, including blood products, immune therapies and drug therapies, are being evaluated.

In Africa, previous outbreaks and sporadic cases have been reported in Angola, the Democratic Republic of the Congo, Kenya, South Africa and Uganda.

Italy, Pediatricians warn: 'Delta variant puts children at risk, they must be vaccinated'

Wasps, bees, horseflies and jellyfish: what to do if you get stung or bitten?