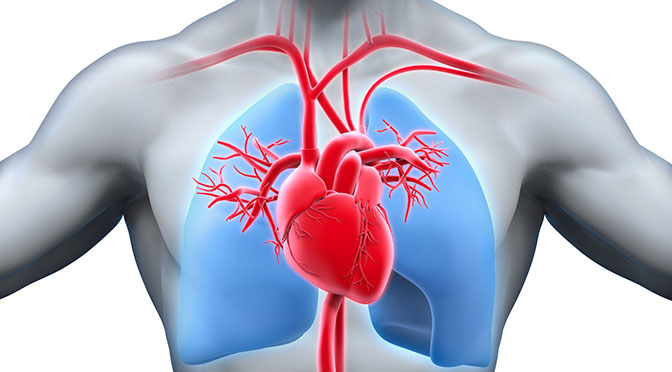 HIV and Coronary Artery Plaque: researchers ID condition with potential cardiovascular disease implications. Significant amounts of atherosclerotic plaque have been found in the coronary arteries of people with HIV, even in those considered by traditional measures to be at low-to-moderate risk of future heart disease, according to a study published in JAMA Network Open.

This finding emerged from the global REPRIEVE (Randomized Trial to Prevent Vascular Events in HIV) study, in which Harvard Medical School researchers at Massachusetts General Hospital are playing a key coordinating role.

Researchers found that the higher-than-expected levels of plaque could not be attributed simply to traditional cardiovascular disease risk factors like smoking, hypertension, and lipids in the blood, but were independently related to increased arterial inflammation and immune system activation.

“While we know that people living with HIV who are receiving antiretroviral therapy are at increased risk of coronary artery disease, our understanding of the mechanisms behind this phenomenon have been very limited,” said Steven Grinspoon, professor of medicine at HMS and chief of the Mass General Metabolism Unit and co-principal investigator of REPRIEVE.

“The latest findings from REPRIEVE expand our knowledge and provide important insights that set the stage for further studies to identify effective plaque reduction or prevention strategies, such as the possible use of statin medicines,” Grinspoon said.

REPRIEVE is the largest study of cardiovascular disease among people living with HIV, having enrolled 7,700 participants at more than 100 clinical sites in 12 countries around the world, in collaboration with the AIDS Clinical Trials Group.

The newly published results are from a subset of the overall trial, consisting of 755 individuals between the ages of 40 and 75 enrolled in 31 sites across the United States.

This is the largest study to assess plaque levels in the arteries of people with HIV who have no known heart disease and are eligible for primary cardiovascular prevention.

The Mass General-led study found that 49 percent of participants had plaque in their coronary arteries.

While significant narrowing of the arteries was rare, nearly a quarter had plaque that the researchers considered “vulnerable,” that is, at risk for potential future cardiovascular problems.

“The prevalence of plaque found in people with HIV was striking, though the number of lesions was limited in most people and only a portion could be explained by traditional risk factors,” said co-author Michael Lu, HMS assistant professor of radiology and co-director of the Mass General Cardiovascular Imaging Research Center.

“We learned that the plaque burden was also associated with higher levels of arterial inflammation and immune system activation independent of traditional risk scores,” Lu said.

“It was particularly notable to observe the increased levels of IL-6 in relationship to plaque among relatively healthy people with HIV, inasmuch as immune system activation may have damaging effects on the vessels of the heart over time,” noted Grinspoon.

In addition to helping researchers better understand the mechanisms of cardiovascular risk in people with HIV, the two biomarkers will be evaluated in the next phase of REPRIEVE for their ability to predict major events such as heart attacks and strokes.

That ongoing research will also investigate the potential of statin therapy to reduce lipid levels, its primary therapeutic target, as well as plaque and markers of inflammation

“We know that cardiovascular disease is occurring among people with HIV at approximately twice the rate of people without the disease,” said Grinspoon, “which is why REPRIEVE is so critical in terms of discovering new ways to mitigate those risks so that people with HIV can be assured healthy and full lives.”

REPRIEVE is funded through grants from the National Institutes of Health, with additional funding from Gilead Sciences, Inc., Kowa Pharmaceuticals America, Inc., and ViiV Healthcare Ltd.