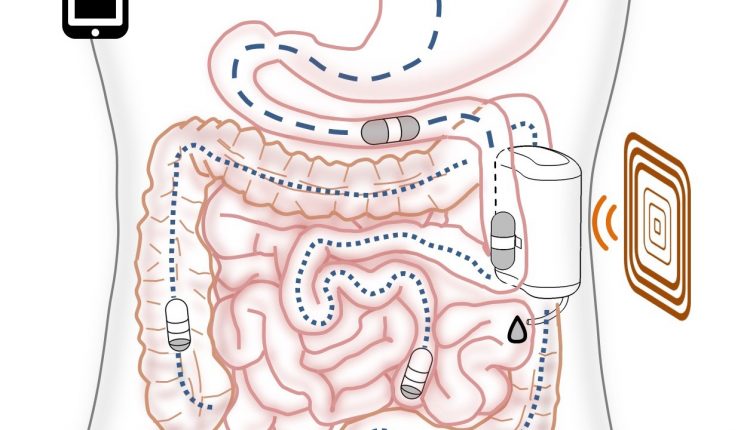 Intraperitoneal insulin infusion in diabetic patients: thanks to a study resulting from the collaboration between the Institute of BioRobotics of the Scuola Superiore Sant’Anna, the Medical Area Departments of the University of Pisa and the Azienda Ospedaliero-Universitaria Pisana, an implantable robotic system has been developed (the first in the world with these characteristics) able to infuse insulin intraperitoneally in diabetic patients

Intraperitoneal insulin infusion in diabetic patients: the study, published in the journal Science Robotics, opens up new scenarios in the treatment of a disease that affects millions of people worldwide

The device consists of a small system that can be implanted in the human body and interfaced with the intestine to act as an insulin pump, and ingestible pills loaded with insulin that can recharge the device when the pump’s reservoir runs out.

The device is an alternative to current blood glucose control strategies based on repeated subcutaneous injections or wearable infusers.

This bypasses the use of access ports, catheters, needles and syringes.

The system developed by researchers coordinated by Arianna Menciassi, deputy vice-chancellor of the Scuola Superiore Sant’Anna, as well as allowing localised therapy and physiological infusion can be very useful for people with type 1 diabetes, particularly those who have to take insulin several times a day.

“We have been working for some time in robotics for therapy and minimally invasive surgery,” explains Arianna Menciassi.

We have developed capsules for gastrointestinal monitoring and magnetic systems for remote operation in surgery.

As part of a doctoral school, we came up with the idea of thinking of the capsules as shuttles that could supply artificial internal organs, so as to treat extremely important chronic diseases.

Funding from the Tuscany Region has enabled us to achieve these encouraging results. 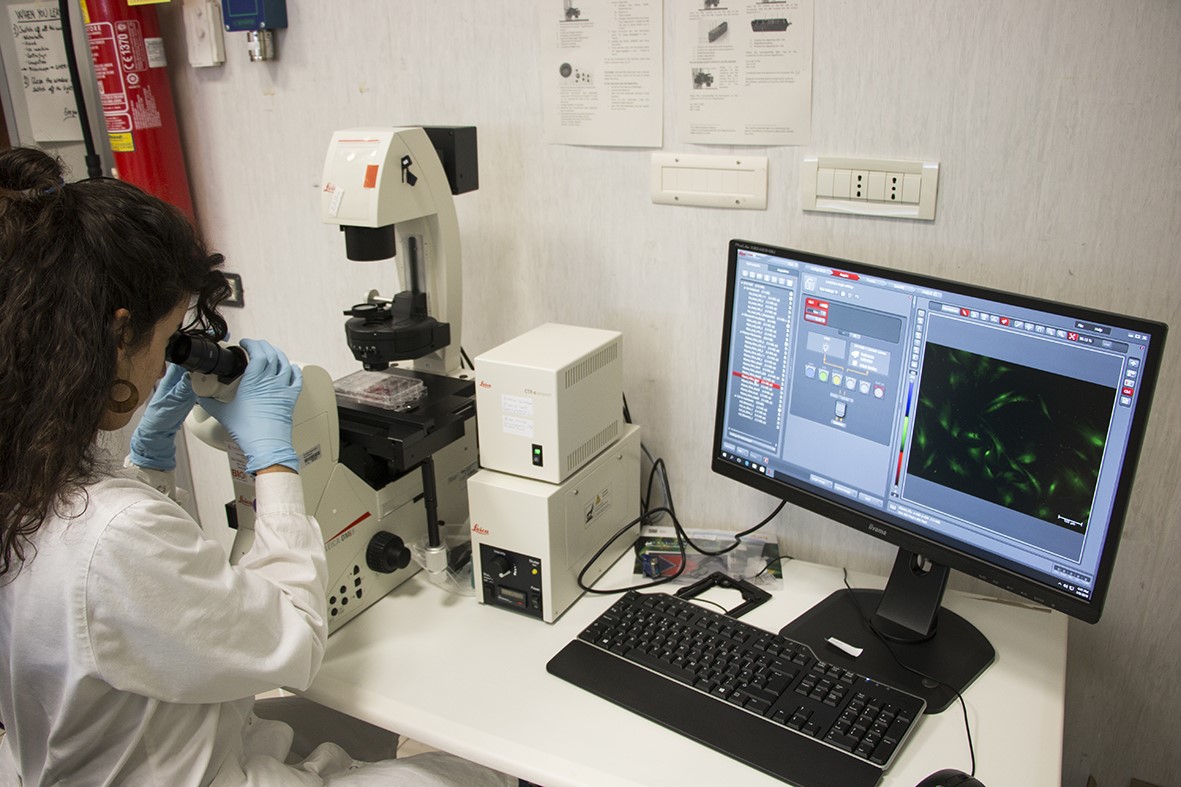 Intraperitoneal insulin infusion: the robot is surgically implanted in the abdominal extraperitoneal space and interfaced with the intestine

It has the characteristics of a pump capable of delivering insulin with high precision.

When the pump’s reservoir goes “into reserve”, an ingestible pill will have the task of replenishing it through a special system of coupling and transferring the drug from the pill to the robot’s reservoir.

The pills, swallowed normally, pass through the intestinal tract to a ‘docking’ area in a loop of the intestine.

A magnetic mechanism is activated to capture the capsule, suck in the insulin and fill the reservoir.

At this point, the magnetic mechanism is deactivated and the empty capsule resumes its path to normal expulsion.

Combined with a glucose sensor and a control algorithm, the pump will release insulin at the times and in the quantities required for proper glycaemic regulation, thus functioning as the first fully implantable artificial pancreas.

This device has been named PILLSID (PILl-refiLled implanted System for Intraperitoneal Delivery) and, at the moment, has been validated at a preclinical level.

This system,” explains Veronica Iacovacci, a post-doctoral fellow at the Institute of BioRobotics and lead author of the study, “is a significant step forward in the field of fully implantable robotic systems and devices for controlled drug delivery.

The results obtained at preclinical level are extremely encouraging and of great importance from both a technological and a clinical point of view.

A device of this type could make it possible in the future to develop the first totally implantable artificial pancreas and could also be used in the treatment of other chronic and acute diseases affecting intraperitoneal organs. 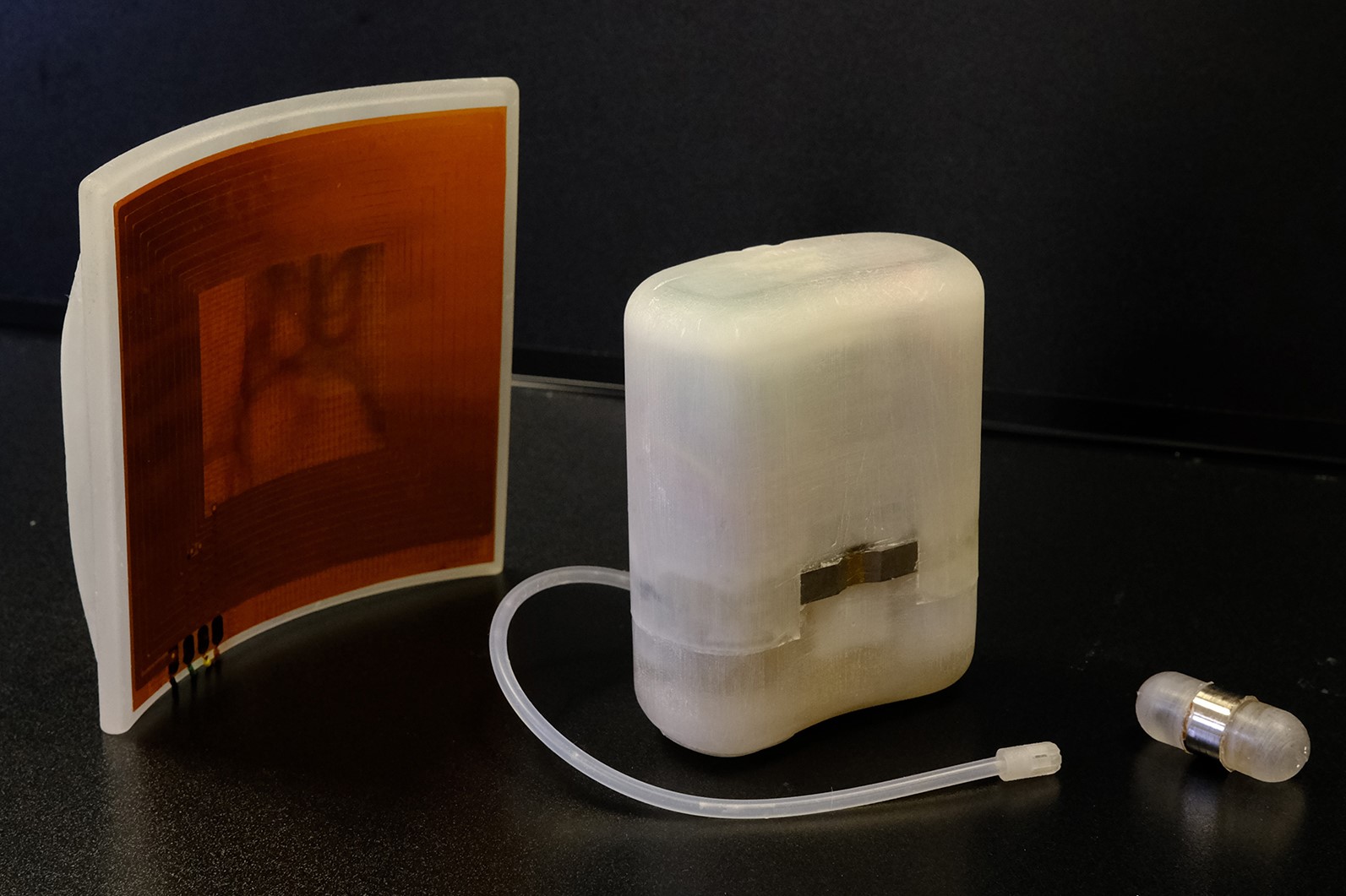 What are the next steps to achieve clinical practice in intraperitoneal insulin infusion?

They will involve careful engineering of the system, improvement of the implant’s watertightness and interfaces with the patient’s tissues, and finally long-term preclinical validation to assess the benefits of the robotic system in the treatment of chronic diseases.”

The system was designed and developed thanks to the medical robotics and bioengineering expertise of the Istituto di BioRobotica of the Scuola Sant’Anna.

The preclinical protocol, the implantation of the robot and the blood glucose control process are the result of an intense collaboration with the Medical Area Departments of the University of Pisa and the Azienda Ospedaliero-Universitaria Pisana.

Emanuele Federico Kauffmann and Fabio Vistoli, researchers at the University of Pisa and surgeons at the Azienda Ospedaliero-Universitaria Pisana, who are responsible for the preclinical validation of the new device, say: “The consolidated multidisciplinary collaboration between engineers, doctors and surgeons from three of the most important academic and healthcare institutions in Pisa has made it possible to rapidly achieve the experimental application of an original device based on an application principle that can potentially be used in many clinical fields beyond the specific tests carried out to treat diabetes mellitus.

The results recorded are so encouraging that we expect to be able to reach the stage of full clinical application in humans just as quickly, after a further phase of development and refinement”.

Stefano Del Prato, professor at the Department of Clinical and Experimental Medicine of the University of Pisa and director of the O.U. of Metabolic Diseases and Diabetology of the AOUP, who participated in the research with Dr. Michele Aragona, comments: “This year is the centenary of the discovery of insulin, a fundamental stage in the history of medicine and a turning point in the treatment of people with diabetes.

However, insulin therapy is complex: it requires multiple subcutaneous injections of insulin and careful dosage adjustment based on numerous measurements of blood glucose levels.

So from the very beginning, research has tried to find solutions to make life easier for people with diabetes and to control the disease more effectively.

The idea of an artificial pancreas was developed 50 years ago and some models are now close to clinical use.

But the collaboration between the Scuola Superiore Sant’Anna, the University of Pisa and the Azienda Ospedaliera opens up even broader and more promising horizons to offer a better future to the many people with diabetes treated with insulin, precisely on the occasion of this historic centenary”.

Covid May Lead To Diabetes: The Italian-American Study In “Nature Metabolism”

Paediatrics / Children and migraine: no food is forbidden, but watch out for being overweight