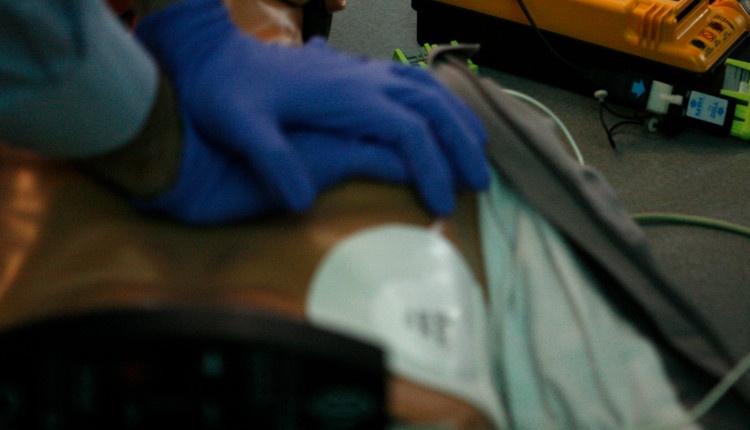 Interrupting chest compressions to place advanced airways during CPR. This is what often happened before 2010 when the American Heart Association’s (AHA) Advanced Cardiac Life Support (ACLS) launched the guidelines on which they advised resuscitation teams not to stop chest compressions to intubate patients unless they are not bag-mask ventilated.

There was serious concern that prioritizing airway and breathing led to inadequate circulation, sacrificing precious brain and other organs’ health for the sake of an unneeded advanced airway. The 2015 AHA guidelines (and their European counterparts) further downplayed any advantage of endotracheal intubation over bag-mask ventilation during CPR.

AHA and its affiliated investigators use the enormous data set from its Get With the Guidelines Registry to periodically check the class’s homework in the real world. It’s report card time, and as AHA reports in JAMA (1), Johnny might need some work on his ABC’s.

Intubation and CPR: about the case report

Intubating patients in cardiac arrest is widely considered ideal care. But in this analysis, the patients who were intubated were less likely to survive (16% vs 19%) or have a good functional outcome (~11% vs ~14%). Intubation was not associated with a better outcome in any subgroup.

There is a high chance of confounding by indication here: patients who were intubated may have had “worse” cardiac arrests, may have been more cyanotic, found later, etc. This we can never know. Likewise, the analysis depends on the minute-by-minute accuracy of code notes; this requires a leap of faith for me, but the huge data set should mitigate error there.

The imperative to immediately intubate patients in cardiac arrest has an almost gravitational force at most hospitals (or at least at the 8 where I have worked), AHA’s admonitions notwithstanding. Unresponsive patient: let’s intubate him! Where’s that crash cart? Oh yeah … did anyone check a pulse?

It just seems so … wimpy and inadequate to bag-mask ventilate a patient in cardiac arrest. And wait, are you insinuating I can’t do it? Oh yeah? Watch me!… Um … hey, can you guys stop those compressions for a quick second? Or if I glare at you sideways, maybe you’ll not do them so darned well?

Cardiac arrest: bag-mask ventilation or intubation during CPR. What is best?

Despite its large size and impressive data set, this observational retrospective study is not conclusive. Only a randomized trial could adequately answer the question of whether intubation soon after cardiac arrest is actually worse for patients than holding off until return of spontaneous circulation. Such a trial is unlikely to be performed in the U.S.

The AHA’s 2015 guidance that bag-mask ventilation is considered as good as intubation during CPR will likely take years to be accepted in practice, if ever. It’s hard to un-teach Johnny (and Jane). It’s especially hard for us to un-learn our ABCs. Don’t you know they’re your CABs, now? You probably forgot because CABs sounds lame. No one sings their CABs. And all the CABs were replaced by UBER. Unceasing Bloodflow Every Resuscitation? Not great either.

Anyway, don’t sacrifice immediacy or quality of chest compressions to intubate during CPR, is what I think this paper (and AHA) are trying to tell us. There’s likely no advantage to achieving high blood oxygen saturation after cardiac arrest (2); in fact, it might be harmful. So who are you trying to impress, really?

A successful CPR Saves on a Patient with Refractory…

Cardio Cerebral Resuscitation: Is it better than CPR?

(2) Oxygen saturation in critical illness: could low-normal be best?

MILIPOL PARIS 2017 - Take up the Challenge of a Safer World