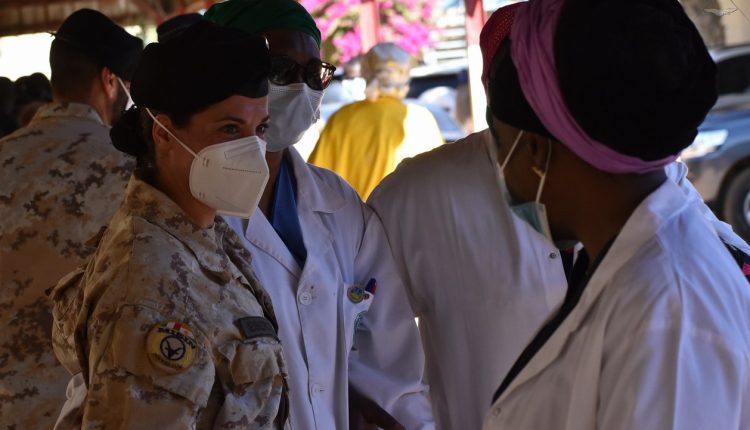 1,000 health kits for caesarean section: the contingent of the Italian Support Mission in the Republic of Niger (MISIN) in aid of the national neonatal reference centre

The donation of 1,000 medical kits for caesarean sections took place on 14 January

It took place at the Issaka Gazoby Maternity Hospital in Niamey, at the end of a Civil-Military Cooperation (CIMIC) project aimed at supporting the public health sector in the Nigerian capital.

The event was attended by the Commander of MISIN, Pilot Colonel Davide Cipelletti, and the Director General of the Issaka Gazoby Maternity Hospital, Prof. Madi Nayama.

Among the authorities present were the Italian Ambassador to Niger Emilia Gatto, the Minister of Public Health Idi Illiassou Mainassara, the Minister for the Promotion of Women and Child Protection Allahoury Aminata Zourkaleini, and the 2nd Vice President of the National Assembly of Niger, Hadiza Seyni Djermakoye.

The Issaka Gazoby Maternity Hospital is the reference centre for reproductive health support, teaching and research, providing most of its services free of charge, including caesarean sections, newborn care, and treatment of gynaecological and breast cancers. 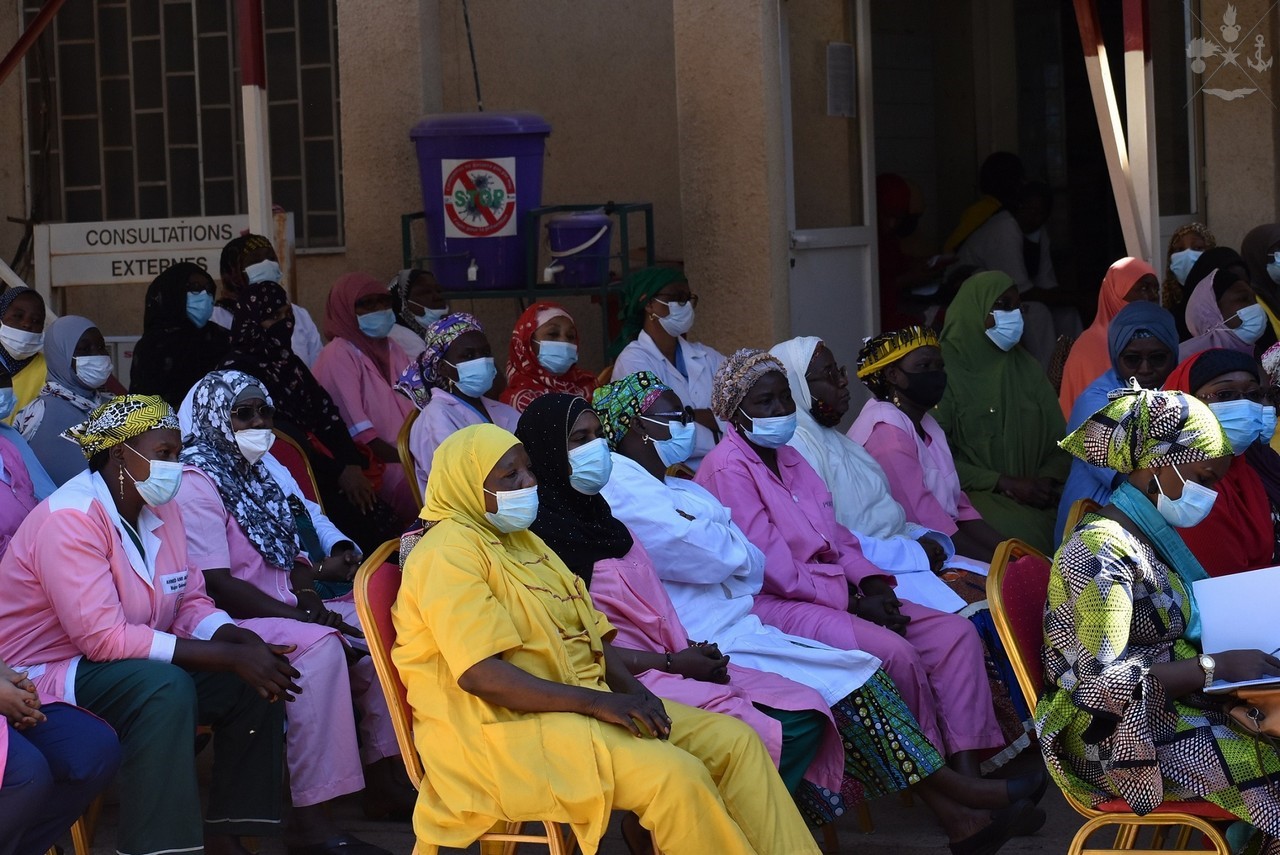 Due to the financial difficulties of the health facility, it is not possible to provide these kits free of charge to women who are in turn unable to afford the cost of purchasing them.

MISIN’s donation will enable 1,000 women to safely become mothers, reducing the possibility of complications for the unborn child. 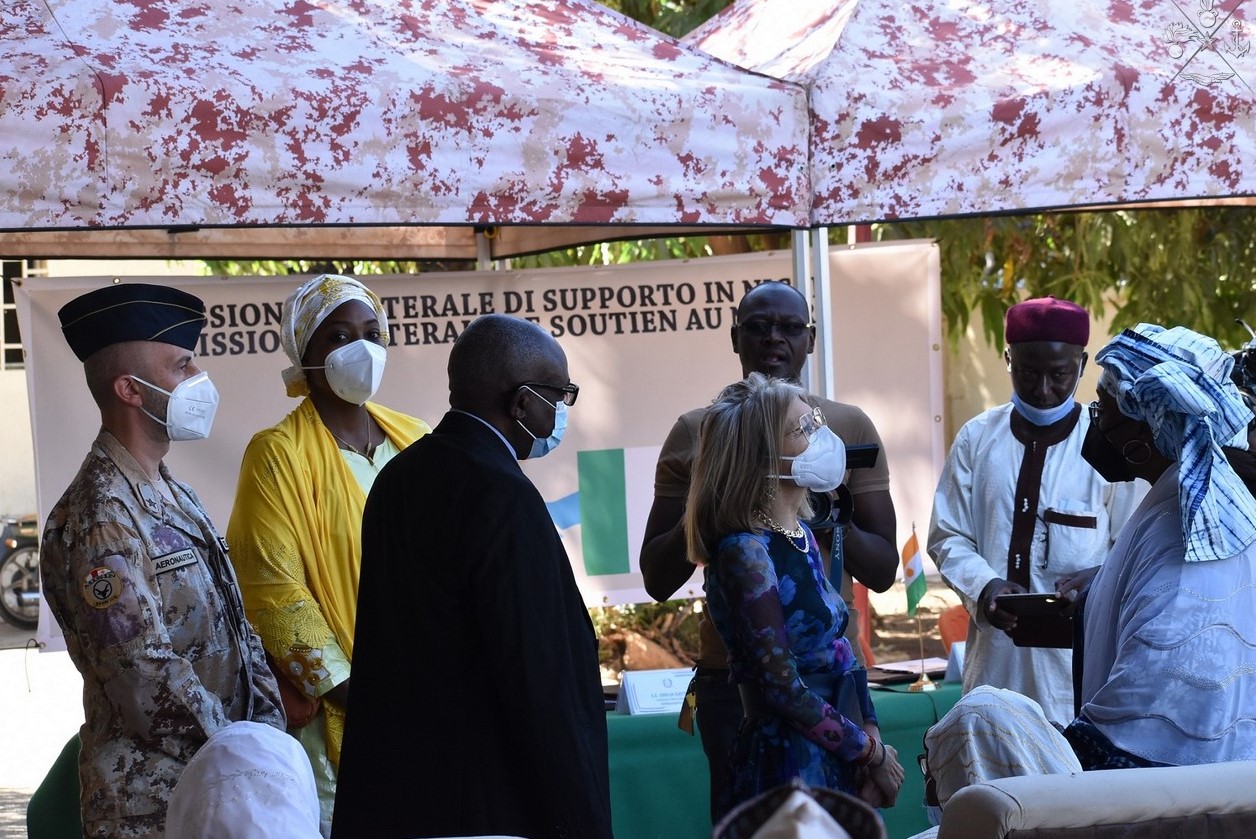 Niger’s Minister of Public Health pointed out that the donation “will undoubtedly improve not only the care of women and newborns, but also the working conditions of health personnel, who continue to work tirelessly for the well-being of mothers and children in Niger”.

He then concluded with a thank you extended to the Italian Government: “Ladies and Gentlemen of the Italian military contingent in Niger, please accept all our appreciation and gratitude.

I would like to ask you to convey the gratitude of the Government and the People of Niger to the authorities of the Italian Government’.

Thanks to MISIN were also expressed by the Director General: “We would like, on behalf of all the staff of the Issaka Gazoby Maternity Hospital in Niamey, of the patients and newborn babies of Niger and on my own behalf, to say thank you to the soldiers of the Bilateral Support Mission to Niger”.

Colonel Cipelletti emphasised that “the activities we carry out in collaboration with Niger’s institutions will continue to grow in the future, as will our determination to bring concrete benefits to the country’s population and to attest to the relationship of deep friendship that binds Italy to Niger”.

The Italian Support Mission in Niger has established a strong bond with the authorities and the local community through which Italian personnel are committed to successfully addressing the security and health challenges of the Niger people.

The Italian Mobile Training Teams (MTT), composed of personnel from the Army, the Air Force, the Carabinieri train the personnel of the Niger Security Forces, according to the doctrine of capacity building, for the increase of capabilities aimed at countering the phenomenon of illegal trafficking and security threats.

The CIMIC component also carries out cooperation and support projects for the population.

Africa,Treaty For The Establishment Of The African Medicines Agency (AMA) Enters Into Force

Heart disease: first study on Brugada syndrome in children under 12 from Italy