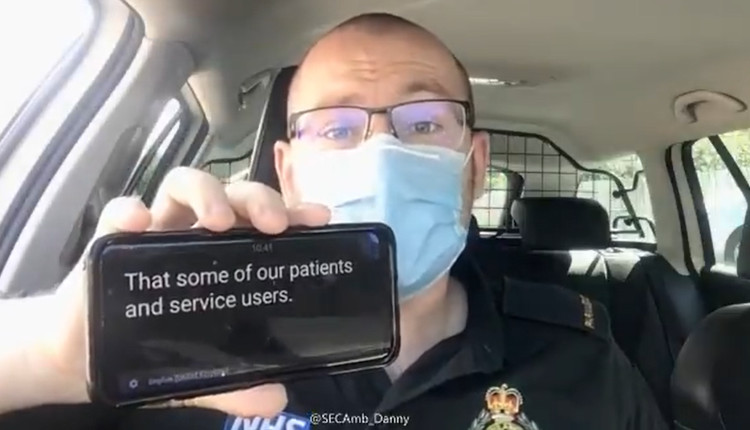 A UK-based paramedic twitted that he started to use Google Live Transcribe to communicate with patients who are not able to understand a word behind the facemask. This is a big issue for many first responders, indeed.

Some months ago, we have spoken about the girl who sewed homemade transparent facemasks to ease communication among people in healthcare facilities (link at the end of the article). Yesterday, an NHS paramedic announced he started to use Google Live Transcribe to communicate with patients that usually understand by leapreading and those who are not able to hear.

Leapreading people, a smart idea of a paramedic to make patients more comfortable with him

His name is Danny Huges and he is a paramedic South East Coast Ambulance Services. He found out that found that using Google Live Transcribe and other voice-to-text transcribe apps can be really useful because some patients and service users rely on lipreading to communicate and wearing a mask makes it almost impossible. On his smartphone, patients can read all the words he says and the prehospital care service is quicker.

The issue of personal patients’ data

One of the commenters on Twitter replied that this method could probably create problems with the personal data of leapreading patients, whether the app stores the information. The paramedic assured that the South East Coast Ambulance Services is processing this matter to understand its usage limitations.

COVID-19 blew all the Ambulance services and Rescue exhibitions away. Don't panic, Spencer Experience Centre is here for you!

Great Britain is the first country to authorize the Covid vaccine: it will be that of…