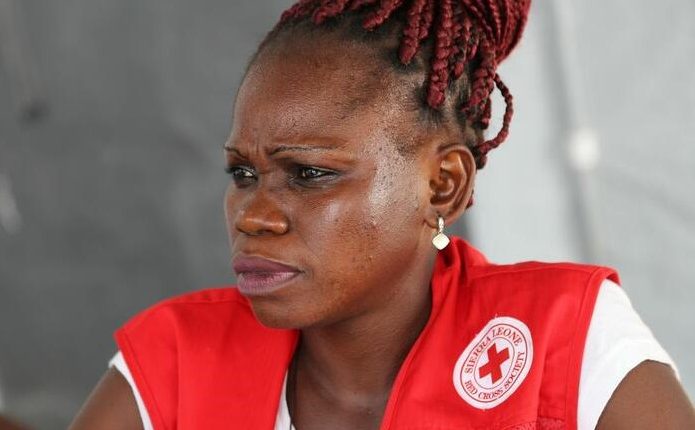 To support Sierra Leone Red Cross teams to step up its emergency response, the International Federation of Red Cross and Red Crescent Societies (IFRC) is in the process of releasing money from its Disaster Relief Emergency Funds (DREF).

Sierra Leone: the number of affected people and the gruesome nature of the disaster have posed challenges to response teams

“The main hospital is overwhelmed, and families are struggling to identify their loved ones who were burnt or killed as bodies are badly charred.”

Sierra Leone has been hit by frequent disasters in recent years, including floods, epidemics, and fire incidents

Mohammed Mukhier, IFRC’s Regional Director for Africa said: “This is a heart-breaking incident, for a country where memories of the 2017 tragic mudslides and the 2014-2016 Ebola outbreak are still fresh. Over 100 patients are now being taken care of at different hospitals in Freetown.”

The disaster left at least 7,000 homeless.

Local Red Cross responded by providing first aid and ambulance services, and IFRC released nearly 300,000 Swiss francs from its DREF to scale up the response operation.

Sierra Leone Red Cross teams have also responded to the August 2017 mudslides that killed over 1000 people; and the 2014-2016 Ebola outbreak that killed nearly 4000 people.

Through its 18,000 volunteers across the country, Sierra Leone Red Cross continues to play a leading role as a first responder to disasters and as a provider of primary health care.