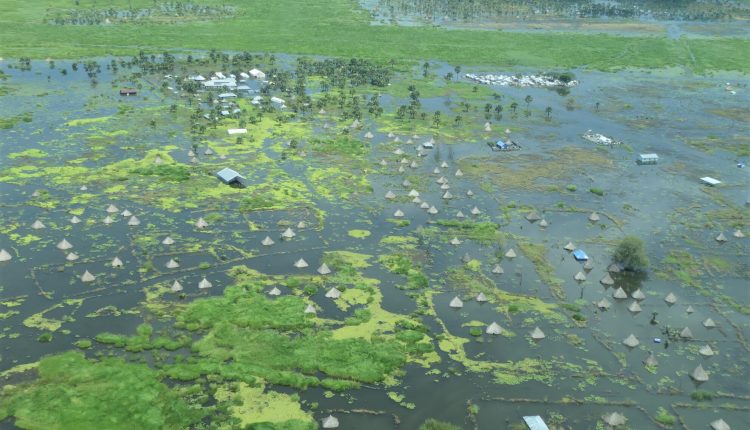 Some of the worst floods to hit South Sudan in decades has affected 780,000 people. People’s homes and livelihoods (crops and cattle), as well as health facilities, schools, and markets, are submerged by floodwaters

Hundreds of thousands of people have been displaced, and already existing displacement camps are at risk of being completely flooded, leading to even further displacement.

Since May this year, flooding has hit eight of the 10 states. Jonglei, Unity, Northern Bahr el Ghazal and Upper Nile states, all in the northern half of the country, are the worst affected. Médecins Sans Frontières (MSF) teams are responding to the floods in Jonglei and Unity states.

Water levels in many areas are still on the rise and the weather forecasts indicate there is more rain to come.

South Sudan: access to healthcare and aid a challenge

The floods have further impacted many of the 11 million people in the country who are already in dire need of humanitarian assistance.

Following the newest floods, people are in need of immediate assistance with medical care, food, and safe water, and non-food items such as shelter, mosquito nets and cooking pots.

Access, which is a challenge all year round in South Sudan, is further worsened by the floods; this difficulty of access applies to both communities to reach healthcare facilities and humanitarian aid, and for NGOs to reach remote communities.

Many of the flood-affected areas inaccessible by road.

People in Bentiu, the capital of Unity state, have been particularly hard-hit.

People have been displaced en masse, with an estimated 25,000 newly displaced people arriving in Bentiu.

Meanwhile the population of Bentiu displacement camp (formerly a Protection of Civilians site) has grown by 12,000 people in the space of just a couple of months and now holds around 120,000 people.

The camp, the town and the airstrip (essential to move supplies), are at huge risk of flooding if dykes which are holding the water back can’t cope or collapse.

For people living in Bentiu camp, the situation is particularly dire.

The water and sanitation conditions are deplorable, with almost no usable toilets available, and a serious lack of clean water.

People are now exposed to a high risk of outbreaks of waterborne diseases such as hepatitis E, acute watery diarrhoea, cholera and malaria.

In the camp, people are sleeping outside in the markets and under trees, due to the complete overcrowding and lack of shelter.

There is an urgent need for food and basic non-food items such as plastic sheeting and ropes, jerry cans, soap, and mosquito nets.

While there is some humanitarian response from other organisations and agencies in Bentiu, it is far too little and too slow, with donors only slowly coming forward with emergency funding. 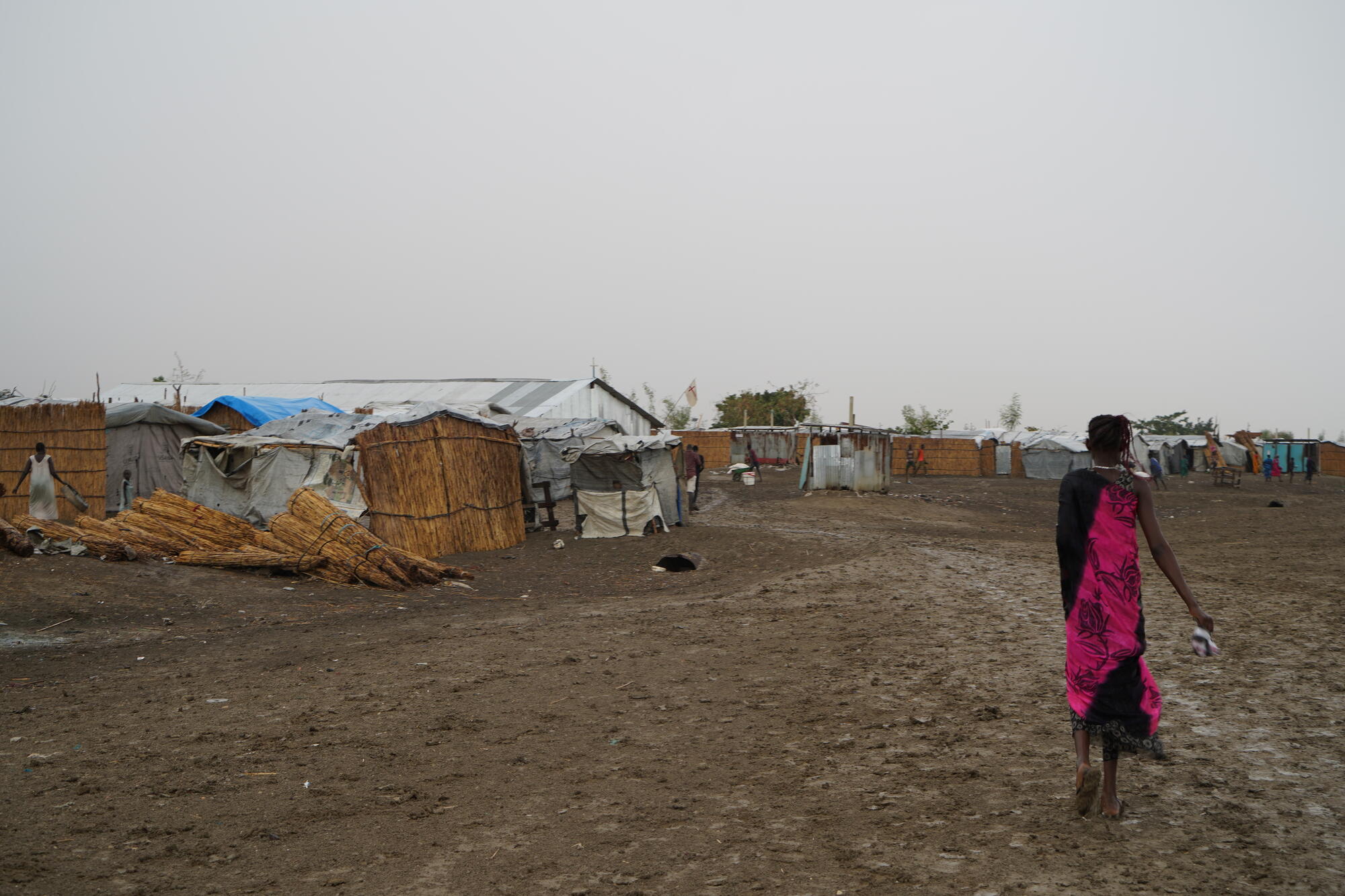 Lack of food and income in Bentiu (South Sudan)

There is a lack of food across Bentiu, particularly in the camp. World Food Program (WFP) food rations to displaced people in the camp were cut to 50 per cent in April 2021 – and this doesn’t cover the thousands of people who have since arrived. Families are sharing food, often sharing the food intended for one household across three. People in Bentiu town have received some assistance, but far too little.

As a result, MSF teams are seeing a rise in the numbers of children with acute or severe acute malnutrition.

Meanwhile, women in the camp have lost income due to the floods hindering the collection of firewood to sell. The shortage of firewood and charcoal for cooking is a concern, with prices having nearly doubled.

We have boosted our response in Bentiu in the wake of the floods and an emergency team – including medical staff, water and sanitation advisors and emergency coordinators – are now supporting existing staff in both the camp, and in and around Bentiu town.

Our hospital in Bentiu camp is completely over capacity, even after we recently added 30 extra beds to the existing 135 beds. Most of the patients are children in the paediatric ward.

Bentiu state hospital (not run by MSF) is overstretched and the basic healthcare available is insufficient.

Our teams are running mobile clinics in and around Bentiu town, providing basic healthcare, nutrition, routine vaccination and care for sexual and gender-based violence.

Many of these consultations have been for cases of malaria, acute watery diarrhoea, respiratory tract infections or malnutrition.

MSF teams have been scaled up across Leer, in Unity state and Old Fangak, in Jonglei state. Both areas have seen thousands of people displaced by the floods.

In Leer, our teams have seen an increase in the number of patients with acute watery diarrhoea and snake bites.

Two of our community-based healthcare (outreach) sites have been moved to better reach the displaced communities living across three displaced persons camps.

People in these areas are in need of food and non-food items, as well as preventive water and sanitation measures.

In Old Fangak, our teams have run mobile clinics to respond to needs, including for diarrhoea, respiratory tract infections, and malaria.

In nearby Ayod county, 6,000 people were displaced and marooned on various precarious “islands” when levels of floodwaters increased in August; an MSF out-patient clinic was destroyed, and the team evacuated.

Malnutrition is the biggest concern; during an assessment in August on many of these islands, over a quarter of the children had either moderate acute or severe acute malnutrition.

In response, our teams have provided therapeutic food for both malnourished children and to households.

Jerusalem syndrome: who it affects and what it consists of

Cardiac arrest, the EENA document for voluntary rescuers and citizens