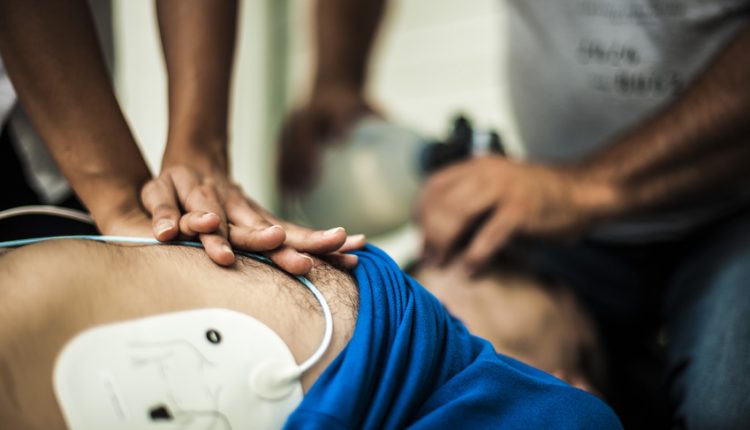 Increasing the workforce of EMS, training laypeople in using AED

In the Philippines, EMS professionals such as EMTs (Emergency Medical Technicians) are well-trained in the use of defibrillators. However, what if laypeople, like employees or students, could use an AED (Automated External Defibrillator)?

There is a movement in the Philippines, that is being implemented in order to provide training on the use of AED to laypeople. As we already know, an Automated External Defibrillator, as defined by Saunder’s Miller-Keane Encyclopedia and Dictionary of Medicine, is a portable defibrillator designed to be automated such that it can be automated and used by persons without substantial medical training in order to respond to a cardiac emergency. Laypeople can use it, as well, however, they have to attend lessons and preparation.

Laypeople can use AED in the Philippines. What do the data report

The data from the Philippine Heart Association (PHA) shows that approximately 50% of deaths due to cardiovascular diseases happened as sudden cardiac arrest and most were witnessed by a family member. Therefore, the movement was initiated in order to counteract the incidence of deaths from these sources.

In fact, 80% of the cardiac arrests happen outside of the hospital where no medical practitioner is available. Further, since the knowledge on the use of automated external defibrillators (AED) and cardiopulmonary resuscitations (CPR) could assist on trimming down the number of deaths caused by cardiac arrests, the training of laypeople in the Philippines has been considered.

The education and creation of awareness are seen to increase the chance of survival for victims of cardiac arrests. The EMS professionals are providing skill training to employees and even to the students enrolled in secondary and primary level. This initiative in the Philippines is hoped to increase the chance of survival amongst cardiac arrest victims in the future, especially with the aid of the automated external defibrillators (AED) and the laypeople intervention.

The importance of laypeople who can use AED in the Philippines

In other countries such as in the United States of America, AED has been seen in large public areas including corporate office buildings, villages, schools, shopping malls and airports.

The Philippine government has suggested that an automated external defibrillator should be made available on public environments such as inside the shopping malls, parks and playgrounds, public area and even in government offices. However, this directive is not being followed in most places.

The trained laypeople may face a crisis with these occurrences – that although they were sufficiently and efficiently trained, they need devices such as an AED in order to succeed in saving lives. The use of automated external defibrillators is a leap and important progress to capably save the victims of sudden cardiac arrests.

The country has already taken a vital step to recognize the need to provide proper training. In the near future, it is the country is optimistic that the access to such devices will follow.

‘D’ for deads, ‘C’ for cardioversion! – Defibrillation and fibrillation in paediatric patients

AED with rain and wet: guideline to the use in a particular environment for laypeople – An interesting Review

What happens to emergency patients transported to a Government hospital in Myanmar?