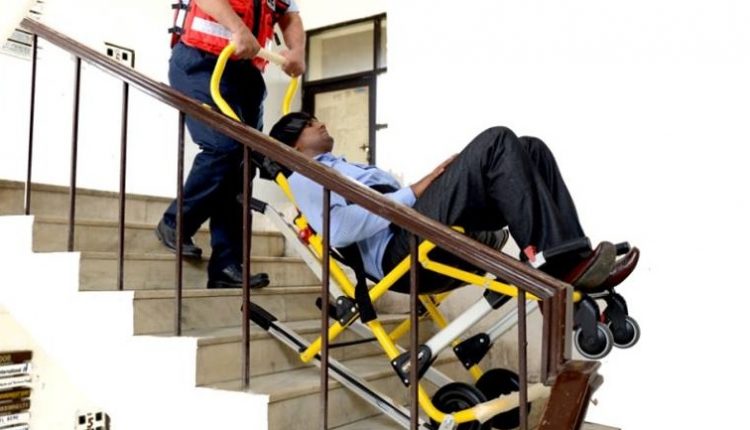 Airports and airplanes are always been synonymous of vacations and far away places. However, let us imagine that something happens while you are waiting at the terminal. You hear an alarm. There is a fire inside the building. Evacuation is the only thing to do.

How is evacuation from airports or airplanes planned? Which are the safety procedures? What kind of devices have to be used? On the occasion of the Emergency Management for Airports Summit 2017 in London, we interviewed Gerry Keogh, Chief Airport Fire Officer at the Dublin Airport Authority. He explained to us how his crew would act during an evacuation from the airport.

Evacuation from the airport. A fire occurs inside the terminal. What are the main precautions to take? 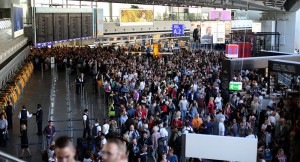 “The first key point is the security of the physical building. Often airport buildings are dividend into two or more floors. The landside, where most members of the public come in, go to the shop, have a cup of coffee and so on, then, the airside where people generally go to airstrips and dispose of restricted spaces. So in a brief comparison, the airside presents more difficulties than landside. We have a system that we evacuate latterly from the point of danger.

Because the terminal generally is quite large and complex buildings. So life safety system and fire alarm systems will be zoned. If we have a fire alarm in a zone, we can evacuate in the next zone rapidly. If they are already on the airside we trying to keep them there rather than take them into the landside again because we should take them to another safe zone again. Indeed, evacuating terminals and airside is the most difficult one, because many times there are too many people crowded to evacuate and it becomes very complicated.”

Is there any difference between aircraft evacuation and airport 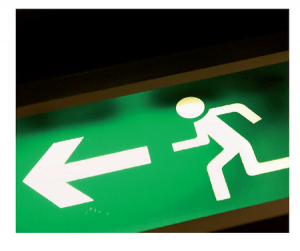 “They are kindly different. Aircrafts evacuation comes from ICAO which is the international civil aviation organization from firefighting and rescue point of view standards, and in case of Dublin, the aircraft evacuation must comply with the ICAO standards (annex 14), which are mandatory. From the terminal building side, they just follow the local fire service laws of the country that you’re in. In Ireland we have the Fire Services Act and fire safety and evacuation procedures become from it.”

In case of a terroristic attack, how do you act to provide the evacuation from the

“For the terroristic attack point of view, we generally use the protocol of security forces. In particular, the issue is: we generally do not evacuate people from the critical area to another ‘safe’ area, because the zone believed to be safe, can be put under attack too. The most dangerous aspect is that terrorists tend to have a secondary target in order to hit most people they can. This is why evacuation in terroristic attacks is considered even more dangerous. So security forces evaluate the threat, and in case they believe that airport or nearby areas are not dangerous, we proceed to the evacuation.”

Let us talk about people with reduced mobility: are there specific procedures for their evacuation? And what type of devices are required to help them?

“In our terminal buildings we have some ‘safe refuge areas’ for people with reduced mobility located nearby the lifts or protected stairways for instance, where you can leave people in wheelchairs  and be sure they could be safe. In particular, in case of evacuation from stairs, we dispose of evacuation chairs.

They are the most accessible mean to move disabled or elderly people and take them to safe refuge areas quickly. Indeed, it often happens that lifts do not work and people need to go downstairs anyway. Usually, we have a company which takes care of the mobility of disabled people and in case of emergency, they look after them. Regarding evacuation chairs, normally they are near the elevators or stairs for the same reason of before.

Evacuation chairs are easier to use for the operator, and in case the person has a wheelchair, we carry it separately. So in case of a major fire alarm, we are ready to protect people with mobility difficulties.”

Evacuation is synonymous of safety. As Gerry Keogh affirmed again, “we evacuate if we believe it is safer for anybody.”

Emergency in Airports – Panic and Evacuation: how to manage both?