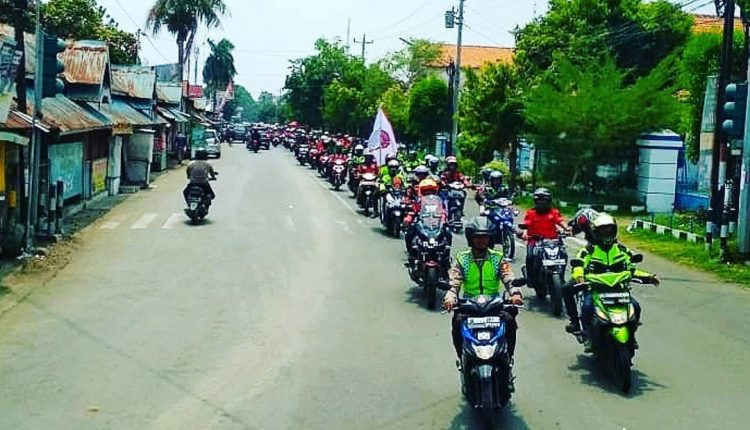 Jakarta (Indonesia), like many metropolises in the world, is characterised by wild traffic. A problem that reflects on the ambulance driver and can literally make the difference between life and death

In Indonesia there is a group of volunteer motorcyclists who are taking on a major role in the management of an emergency or medical intervention.

Volunteer motorcyclists jump into traffic by tapping on windows or signalling the imminent arrival of a rescue vehicle, easing the wait time in queues for rescuers.

Jakarta, ambulances stuck in traffic is a factor in the likelihood of patient survival

Several thousand people die every year in the capital because of slow emergency response times. That reality is persistent throughout Indonesia, an archipelago of more than 17,000 islands stretching from coast to coast.

Like other megacities in Southeast Asia, Jakarta has seen cars multiply because city planners failed to build enough roads and public transport. The region introduced its first public transport line just this year.

Former governor Basuki “Ahok” Tjahaja Purnama once compared Jakarta’s lacklustre planning to “someone who needed to defecate before building a toilet”.

It can take hours to travel just 20 miles to Jakarta, making any ambulance ride for a critically ill patient as nerve-wracking and dangerous as the surgery that awaits.

That’s when Dwiantoro and his small crew barricade and cut through the traffic, begging, grazing bumpers, trying to spare a few precious seconds or minutes.

The volunteer motorbike escort club of Dwiantoro ambulances, called Indonesian Escorting Ambulance, or IEA, was formed in 2017 by Nova Widyatmoko, an officer of a disaster relief agency.

Widyatmoko issued a WhatsApp appeal to motorcyclists to take action.

The post was widely shared and reached ambulance drivers, who were encouraged to reveal their location and call for help.

Within weeks, Widyatmoko had more than 100 volunteers.

They posted videos on social media of motorcyclists parting Jakarta traffic with a wave of their hand, which helped spread interest nationwide.

The IEA is now a formal organisation with 123 branches and more than 1,000 volunteers nationwide.

It raises funds through donations, membership fees and the sale of T-shirts and other products.

Volunteers receive training in basic safety and life-saving skills and coordinate with groups such as the Indonesian Red Cross.

Decentralized Waste For Water Management In Jakarta – Resilient Cities In The Word!

Indonesia, The Chinese Sinovac Vaccine Against Covid Has Arrived In Jakarta

Bolivia and Covid, the government's solution to the shortage of oxygen cylinders: a new generator plant built

Bolivia and Covid, the government's solution to the shortage of oxygen cylinders: a…