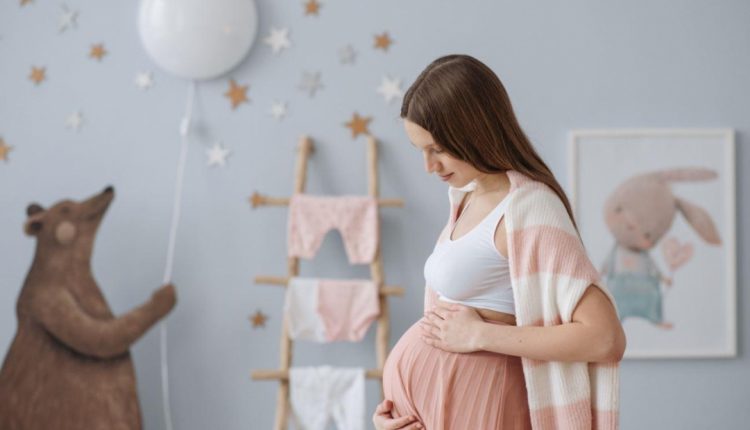 Pregnancy, hair before, during and after childbirth: the life cycle of the hair is influenced by various factors, including hormones. And it is precisely the hormonal change that occurs immediately after pregnancy that worries all new mothers, who associate the post-partum period with massive hair loss

Is it true that you lose more hair after giving birth? How can we keep our hair healthy? When should we worry? Alessia Dolci, endocrinologist at the Policlinico di Milano, answers.

Why is it that mothers-to-be have strong and beautiful hair during pregnancy?

It is all thanks to the effect of female hormones, particularly oestrogen, which has a positive effect on the hair.

During pregnancy, there is an explosion of these hormones, which are very good for the hair, which looks beautiful, thick and shiny.

Hair is linked to the hormonal cycle and its growth phase (anagen) is favoured by oestrogen.

Hair and the end of pregnancy: what changes after giving birth? Is it true that more hair is lost?

Not much is said about it, but post-partum hair loss is a normal occurrence and depends on the hormones involved in this transitional phase of a woman’s life.

After childbirth there is a rapid drop in oestrogen and the hair becomes thinner and more fragile, and falls out more easily.

This usually occurs 3 months after childbirth and is a normal, physiological process.

In addition, during breastfeeding there are high levels of the hormone prolactin, which is essential during this phase, but which has a negative effect on hair health.

Pregnant women: are there any measures to prevent hair loss?

As we have said, increased hair loss may be due to hormonal changes, but not only.

It is also influenced by the cycle of the seasons, by an incorrect diet that can lead to serious nutritional deficiencies, and more rarely by endocrine diseases such as autoimmune thyroiditis.

However, there are some good habits that can help keep hair healthy, such as eating a varied and healthy diet rich in fruit and vegetables, sleeping well, and not stressing hair with frequent washing, the application of aggressive products, and high-temperature straighteners and hairdryers.

In some cases it may be useful to take zinc, copper and iron supplements, but it is advisable to seek the advice of a trichologist, a doctor specialised in hair care, to assess whether this is really necessary.

When should a specialist endocrinologist be consulted?

In the case of new mothers, hair loss, particularly after childbirth, is sometimes so evident that it causes great concern. In general, however, this phenomenon stops six months after giving birth.

It is therefore important not to be alarmed.

The same is generally true for everyone: if you notice a different hair loss than usual for a period of more than three months, perhaps associated with other symptoms such as weight variations, insomnia, sleepiness, depression, it is advisable to consult your endocrinologist to rule out hormonal problems such as post-partum thyroiditis, hyperprolactinaemia, excess androgens or cortisol.

COVID-19 And Pregnancy, A New Study On 1,471 Women And Newborns From The University Of Pennsylvania