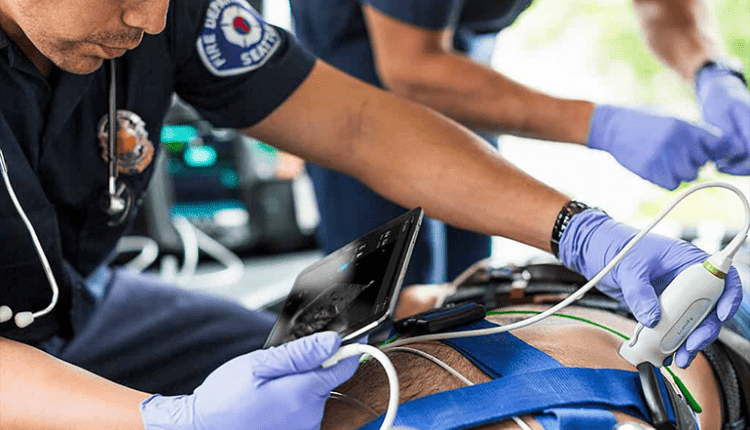 Coordination of healthcare response crew in case of angry family and friends who do not let you take care of a dead patient is very complicated. Plus, a missed coordination with the police station provoked a really risky scenario for paramedics.

Some quiet scenario can turn out to be very dangerous and risky for paramedics. Today we report the experience of a doctor who encountered less peaceful and calm people during an intervention on a young unconscious patient in his own house.

A risky scenario for paramedics: the case

It was a hot day in summer (maybe this also aggravated the situation). It was July the 18th or 19th. We were called at 9:15 am, just after receiving feedback from the night shift, for an “unconscious patient” and no other information was given but that it was a young patient in his house – the building was a place known because drug dealers use to live and work there -, and that people were getting quite anxious.

It was in a building in the downtown city in a town in southern Spain. We have been directed by the family of the patient to their house and when we arrived in his room, inside the house, the door of the room where the patient was supposed to be was locked.

His mother and sisters insisted that he went to sleep early in the evening before and he wasn’t answering the calls. It was early in the morning and people began to gather inside and outside the house. As finally, someone forced the family using a tool to break the lock and we could enter and the patient showed obvious signs of death. We then first move everyone and one brother from the room, then we tried to get more information on the situation since we found some drugs in the room. We then made an ECG to certify the death of the patient.

The crowd get very angry as it was clear that the patient was dead and they accused me and other paramedics to be very late and to do not enough to try to resuscitate him. They began to shout at us and became more and more violent against us.

At the first moment, we were alone with some members of the family. Then more people began to gather and finally, two teams of the local police arrived to control the situation. We just made the ECG, stop gathering information and call again the Police explaining we were involved in a risky situation that could get out of control at any moment.

We had to decide to stay there, get a clear history of the circumstances of the death, as we do in non-natural deaths, and try to give some support to the family of the deceased, as we usually do in these unexpected deaths) or just confirm the death and move away.

To stay there or to leave and as we were absolutely surrounded by the crowd with only one door to escape we had to decide if we were going to use violence to move away in case we were not allowed to move.
Finally, Police arrived and I could have a little chat with one of the representatives of the family that seems reasonable enough to understand the situation and what we had done. He spoke to some people and they allowed us to leave.

It was one of my first mission in that city and especially in that area and wasn´t much aware of the risky situation we could face with a lot of disintegrated families and several gangs around. I acted only focused on the patient, really unaware of the context until my team advise me about the situation.

A risky scenario for paramedics: the analysis

I and the other paramedics arrived quite soon after the emergency call and the door was closed so by no means we were responsible or accountable for wrongdoing in that scenario, but in spite of this, the family and friends got really angry with us.

We arrived very quickly, did not get any confrontation with the crowd and focused on the patient. We did not get overcome by the pressure and acted professionally at any moment. We should have waited for the police to be closer to the scenario or even wait until they arrive to enter the room. We got into the house and the room without any previous risk assessment or escape plan.

How did the incident change your access, security, and quality of service? I got more aware of risky situations and since then I always preplan an escape route with my team before we go into houses or buildings where we can be at risk.

If we think in case of any problem we can get isolated easily and we think the situation is risky we wait until the police arrived. The key lessons learned from this experience are the improvement of risk assessment of any incident, preplan an escape route and meeting point and coordinate with the police before.