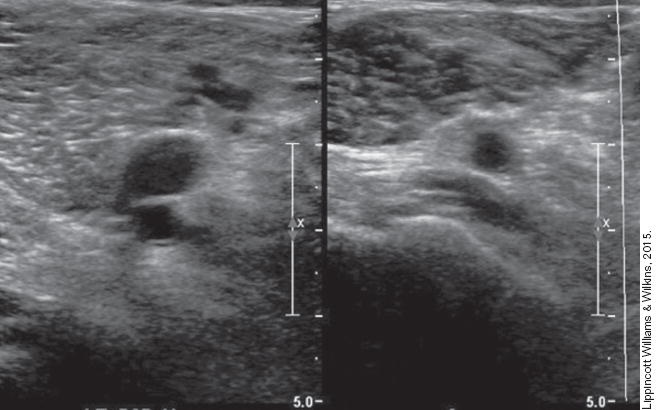 DVT ultrasound fails too - Is it enough to detect real disease?

“I was really spooked by a recent article in the Journal of Emergency Medicine reporting a missed diagnosis of deep venous thrombosis (DVT). A young, healthy patient presented to the ED complaining of unilateral leg swelling. She was evaluated on her initial visit with a radiology-performed lower extremity ultrasound, which was negative.

“I wondered back then how many of us were using ultrasound inappropriately, relying on it alone to rule out DVT. Obviously, no test is perfect. The usefulness of a test is often not straightforward; instead, it’s a combination of terms we may not think about much, like sensitivity and prevalence. For most of us, when we think DVT, we think ultrasound, irrespective of its shortcomings.

I get a variety of responses, most of them negative when I bring up D-dimer with my residents. Best-case scenario, they groan in protest. Worst case, they say, “I know it’s going to be positive.” Regardless of its perception, D-dimer remains a component of algorithms in diagnosing DVT. Most studies on limited compression ultrasound (in comparison with whole leg compression, which is much more extensive) include clinical probability and measurement of D-dimer. (New Engl J Med 2003;349[13]:1227.) Recently, we had a case in our ED that seemed, like the case above, to strengthen the argument not just for ordering the D-dimer but also for considering further action beyond ultrasound.

A 53-year-old man presented to the ED for evaluation of a possible DVT. He reported swelling and pain to his right lower leg. No recent immobilization or surgery was noted. An exam at the time of his initial visit revealed swelling to the right calf with tenderness to palpation. The remainder of the exam was unremarkable. A limited compression ultrasound alone was done at that visit, which was negative, and the patient was discharged with pain control. No D-dimer was drawn.

The patient returned a week later complaining of persistent pain and swelling. The exam at that time revealed oedema and tenderness to palpation to the right lower leg as well as erythema. A repeat limited compression ultrasound was negative for DVT. A D-dimer was ordered, which was significantly elevated. The evaluating team ordered a CT with contrast of the lower extremity, primarily concerned about possible deep space infection. CT demonstrated a calf DVT with no other significant findings. The patient was started on oral anticoagulation and discharged home without further incident.

This case raises additional concerns about the use of ultrasound, particularly in our high-risk patients. If they are likely to have a DVT based on clinical exam and judgment and the D-dimer is positive, is it enough to stop with limited compression ultrasound? Two cases certainly don’t constitute a preponderance of the evidence, but it’s enough to make me think.”

Ultrasound & Clinical Practice: how it helps in case of…

Hepatitis B and C testing - The World Health Organization guidelines

She discovers she has a rare tumour during pregnancy: mother and baby saved by…

Heart disease: from open-heart surgery to University of Kentucky football, the story…