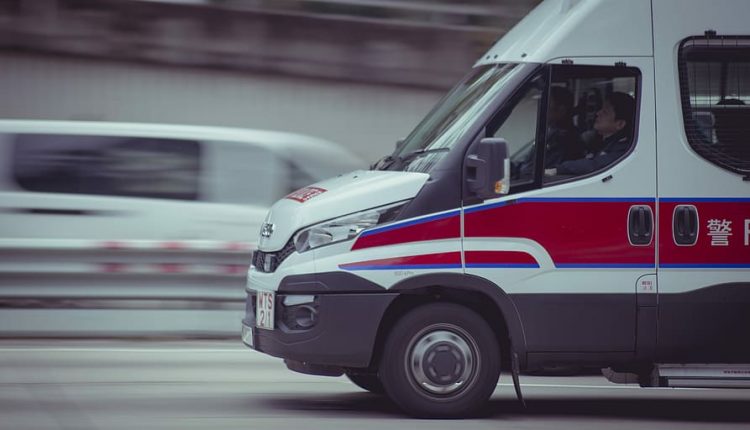 Ambulance stretcher vibration: a study on the dampening systems

They affect the health of the patient, and in cases of road accidents, also that of the health personnel who carry out the rescue.

It must be said that in many countries, Italy is among them, stretchers can be put on the market only if they have passed highly qualifying tests, in this sense.

We are talking about medical-sanitary equipment capable of withstanding pressures of 10G or 20G.

This work, specifically, deals with an analysis of the level of acceleration to which a patient is exposed during transport by ambulance.

The purpose of this study is to provide sources for the development of a system that further reduces the effects of vibration on the body when a patient is transported in an ambulance.

Highlights of the study on stretcher vibration during ambulance transport:

– In the simulations, a complete multi-body model of vehicle with 16 degrees of freedom and 34 bodies was used.

– The results obtained provide useful input for the development of systems to reduce the effects of vibration on the patient’s body.

When a person is suddenly ill or has suffered more serious injuries in an accident, he or she should be transported quickly and safely to a place where appropriate care can be provided.

In Brazil, ambulances have sometimes been customized or adapted from freight vehicles, such as trucks or vans.

When patients are transported in the back of the vehicle, they are exposed to acceleration during transport, braking, overcoming obstacles, or running on uneven roads that directly affect vehicle movements.

“The vibration produced by an uneven surface,” the study authors write, “can affect the vital function of the human body (cardiovascular system, skeleton, central nervous system, respiratory system), and can further aggravate the patient’s clinical condition.

In the case of patients who have suffered heart attacks, strokes, or have disabilities that cause chronic pain and discomfort (arthritis, multiple sclerosis, back disease), they need special care because of their increased sensitivity to vibrations generated during transport, which can have an impact on their health condition.

The ISO 2631 standard describes how to assess the human body’s exposure to vibration.

Patients transported in a lying position are more sensitive to vertical vibrations than in a standing or sitting position. In addition, the vibration of the human body is more annoying to sick or injured patients.

The roughness of roads: technologies involved in the study

The irregularity of the road can be discreet or even extended on the road travelled by ambulance. Irregularities along the road can have a sinusoidal or stochastic profile.

The ISO 8608 standard classifies stochastic roughness of roads according to spectral power density (PSD) for both paved and unpaved roads.

To conduct the vibration study, the authors used CarSim software, which uses a model that analyzes 16 degrees of freedom, and simulations on a “7.5 m³ Sprinter 415 CDI vehicle from Mercedes-Benz adapted to the intensive care unit (ICU) model, widely used for patient transport in Brazil.

The tests were performed on Watts Profile, Sinusoidal Road Profile and Chassis Twist Road manoeuvres, considering typical ambulance speeds in emergency transport and ensuring grip between tires and pavement to provide the expected control of the vehicle by the driver.

This work presents how acceleration affects a patient transported in an ambulance.

The translational acceleration was calculated on body regions such as the patient’s head and abdomen considering the vehicle performing five different manoeuvres.

In addition, roll and pitch accelerations were also taken into account.

According to previous work, the acceleration results obtained could be detrimental to the physical integrity of patients transported in the ambulance, which indicates the need to reduce vibrations in the ambulance stretcher.

“The effects of vibration on the patient’s body could be reduced either by an active suspension system mounted between all wheels and the ambulance body or by a mechanism installed under the stretcher.

The next step in this work could be a synthesis of a mechanism to reduce the effects of vibration in both translation and rotation movements of the ambulance stretcher.

Patient transportation: the need for improvement of the whole sector

The Brazilian scenario is of course quite far from the typical one in Italy, but from the analysis of the numbers that characterize the tests performed, could arise reflections absolutely suitable for some transports in particularly impervious areas of our country.

From the scientific research and from the mutual reading of the data, inevitably results the improvement of a whole sector, the one in which rescuers operate.