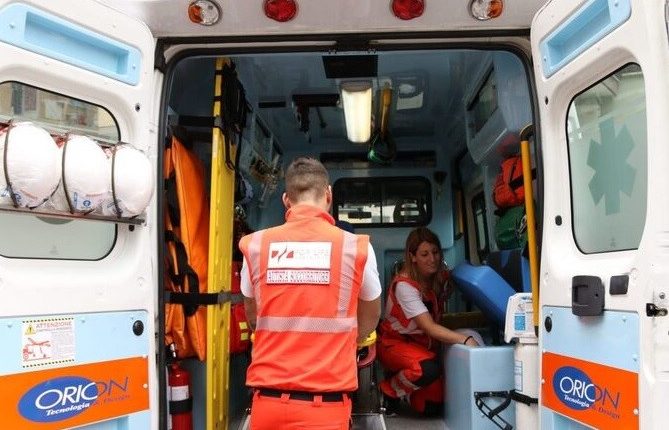 Compatibility and interactions between alcohol and drugs: useful information for rescuers

It is therefore important to understand how alcohol intake affects the administration of drugs.

Alcohol and drugs used in cardiology

Ethanol is able to interact with many cardiac drugs, particularly anti-anginal, anti-hypertensive, antiarrhythmic and cardiotonic drugs.

In almost all cases, the combination of alcohol and drugs from these groups will lead to adverse effects, whether it is a change in drug efficacy, the manifestation of adverse reactions or toxic effects.

Alcohol should be avoided while taking the following drugs:

Ethanol in combination with indirect oral anticoagulants (sinkumar, warfarin) may reduce and enhance their effect.

The reaction to alcohol intake is individual and depends on the dose, the nature of alcohol consumption and the state of the liver.

In combination with acetylsalicylic acid, a dose-dependent enhancement of its anti-platelet effect by ethanol has been established.

Alcohol has an adverse effect on the treatment of diabetes.

Ethanol, when ingested, first causes glucose levels to rise and then fall.

In turn, sulphonylurea antidiabetic agents slow down the metabolism of alcohol.

The hypoglycaemic effect of insulin can be both enhanced and weakened by alcoholic substances.

Alcohol enhances sedation, can cause impaired memory, coordination, loss of consciousness, depression of the respiratory centre.

The intake of alcohol and antidepressants-monoamine oxidase inhibitors (nialamide, iproniazide) may lead to ‘tyramine syndrome’, which is expressed by increased heart rate, vasoconstriction, increased blood pressure with risk of hypertensive crisis.

Ethanol can slow down the biotransformation in the liver of tricyclic antidepressants (amitriptyline, maprotiline, clomipramine, imipramine).

The result can be hypersedation, arrhythmias, convulsions, hallucinations and other life-threatening conditions up to coma.

Please note! Due to its action on the central nervous system, ethanol is a depressant, so it is pharmacodynamically incompatible with any antidepressant.

Under the simultaneous influence of the antiemetic metoclopramide and ethanol, sedation increases.

Bromocriptine, used to stop lactation, is worse tolerated in combination with ethanol, which may be expressed by drowsiness, decreased blood pressure, lethargy, tachycardia and other adverse reactions.

The muscle relaxant baclofen enhances the inhibitory effect of ethanol.

Caffeine facilitates the penetration of ethanol into the brain through the blood-brain barrier and, as a result, deeper intoxication occurs.

The joint intake of alcohol in the body can lead to a hypertensive crisis.

Joint effects of alcohol and drugs on the liver

Alcohol itself is hepatotoxic and taking it with drugs that may interfere with liver function becomes a double whammy.

Paracetamol, which is part of many painkillers and drugs for acute respiratory viral infections in a therapeutic dose, can cause severe liver damage when combined with alcohol.

Metronidazole with ethanol can also cause hepatotoxicity.

Second-generation antihistamines potentiate the destructive effect of alcohol on the liver.

Dangerous pharmacological interaction of statins with ethanol due to risk of hepatotoxicity, development of cirrhosis and liver failure.

Long-term continuous use of alcohol, especially in high doses, has a detrimental effect on the state of the liver, eventually leading to cirrhosis.

Hepatocytes are destroyed and the liver can no longer cope with the neutralisation of drugs, so in these conditions the doctor must adjust the doses when prescribing many drugs.

Alcohol and other combinations

The combined use of ethanol with NSAIDs, such as piroxicam, meloxicam, ibuprofen, ketoprofen, ketorolac, diclofenac, nimesulide, as well as with acetylsalicylic acid, significantly increases the risk of ulcerogenicity and bleeding from the upper gastrointestinal tract.

Alcohol can nullify the effectiveness of oral contraceptives and, in turn, slow down the metabolism of ethyl alcohol.

Some of the above antibiotics, antimicrobials and antifungals with alcohol cause the undesirable ‘acetaldehyde’ syndrome.

Other antibiotics have no strict contraindications for use with alcohol.

Alcohol lowers the doxycycline content in plasma, which means that the correct therapeutic effect may not be provided.

Alcohol Misuse And Assaults To Paramedics: There’s A Big Problem In England

Alcohol-Related EMS Calls In The US Universities – How A MAP Can Lower ALS Intenventions?

Rescue Statistics: Drugs And Alcohol Cause 4,600 Road Accidents In Italy Every Year