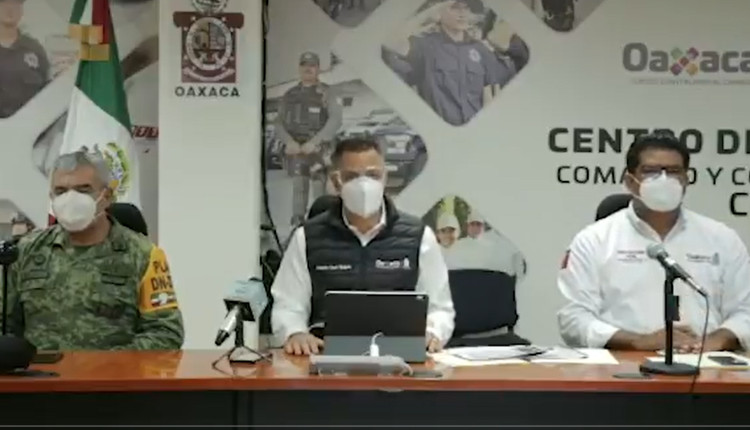 Mexico earthquake, no tsunami warning, at the moment. But emergency teams are preparing to manage the scenario

Death toll raised to 6 people, one woman and five men. By now, no tsunami warning has been launched after the 7.5 magnitude earthquake in Oaxaca, Mexico, yesterday evening. Still, Civil Protection and Firefighters are preparing to manage evacuee people.

According to Civil Protection in Mexico, there are at least six medical centers damaged by the earthquake in the country. But although the damage in hospitals was not serious, and it seems that thousands of patients hospitalized from COVID-19 or other illness are ok this far.

Now, Civil Protection and Firefighters of Oaxaca, in cooperation with Mexican authorities are monitoring the situation of the Pacific Ocean in order to alert the population in case of a tsunami. In the meanwhile, emergency teams are working hard to assure the highest assistance as possible, with all precautions since COVID-19 is not over.

7.5 earthquake and tsunami in Mexico: the declarations of Oaxaca governor

Alejandro Murat, on his official personal Twitter profile, published the emergency conference with the Coordinacion Estatal de Protection Civil de Oaxaca on this situation. They sent the official declaration of emergency to the Federal Government of Mexico. The aim is to give and obtain support for 50 municipalities of Oaxaca state.

He also declared that all the hospitals throughout Oaxaca are working in stable and normal conditions, so no deep damages have been evaluated. Only a few hospitals, as the Huatulco, and 15 healthcare clinic centers.

As for the communication ways, Alejandro Murat declared that 3 federal streets, 5 statal streets and a statal bridge have been affected by the earthquake. Four schools have been hit, as well, like 55 state monuments are damaged.

At the moment, the Department of Civil Protection and the US tsunami monitoring center declared there is no tsunami warning at the moment. However, the ocean water level increased by 110 cm on the western coast of the Pacific.

The tremors that shook the country were felt in the states of Mexico, Oaxaca, Guerrero, Chiapas, Michoacán, Jalisco, Querétaro, Morelos, Tabasco, Veracruz, Puebla, and the country’s capital.

7.5 earthquake and tsunami in Mexico: the intervention of General Cordero and the helpline

General Cordero, who leads the 8th military regiment involved in the activation of the emergency plan, during the emergency conference declared that now Oaxaca is entering the assistance phase of the emergency plan.
Ten emergency rescue teams – around 300 professionals – are providing activities of debris remotion along streets and evacuation procedures, in these hours.

In addition, 30 elements of the 6th Batallon de Fanterìa are dispatched in order to help emergency rescue teams in helping to extricate and evacuate people. Now, it has been registered that almost 15 people are trapped under building debris. Plus, 30 elements of the Guardìa National are now helping firefighters and Civil Protection teams to set streets free from bulks.

Antonio Amaro, head of Civil Protection Department for Oaxaca is in charge to coordinate the efforts of rescue with all the municipalities of Oaxaca.

General Cordero concluded his intervention in the emergency conference saying that they will work hardly and strictly with the Coordination Department of Civil Protection in order to provide the best services as possible. If anyone has questions or wishes to require information on the situation and how to behave, the emergency number 911 or on social media channels.

Is COVID-19 situation under control everywhere? The WHO announced 183,000 cases in a single day

Student nurses in the UK, they are "not deemed to be providing a service". Controversy over the letter from care minister