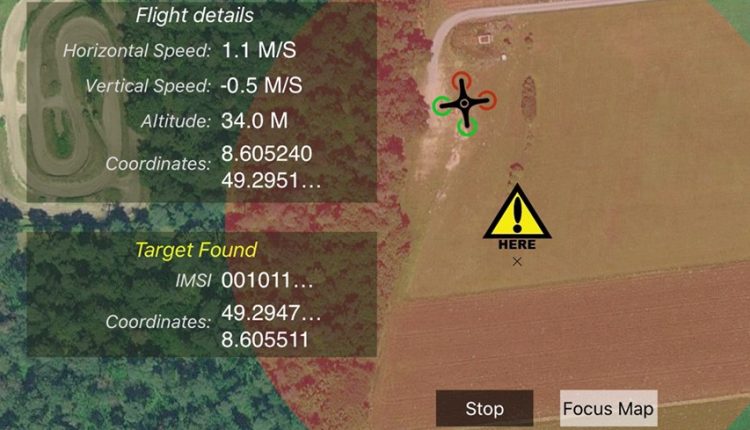 The drone itself has grown in capacity and performance compared to just five years ago.

NEC technology in the SARDO system: the evolution of drone use in maxi emergencies

The proof of the above lines comes from NEC Laboratories Europe, which has announced a new technology based on AI (Artificial Intelligence), able to identify with great speed and precision missing people in natural disaster scenarios and major emergencies, using their smartphones or smart devices.

Not an absolute novelty, apparently.

However, NEC has exponentially expanded this approach to the problem with its new drone-based search and rescue solution (SARDO – Search-And-Rescue DrOne).

“Existing device tracking technology – says the NEC company note -, such as GPS or standard cellular trilateration, is not suited for natural disaster situations.

GPS tracking requires that a disaster victim be in possession of a GPS-enabled smart device and that GPS tracking be active at the time of the disaster.

In the event of a natural disaster, such as an earthquake or snow avalanche, cellular network infrastructure may not be working, or the disaster may have occurred in an area with inadequate coverage like a remote, mountainous region.

SARDO fills this gap by incorporating the functionality of a cellular base station into an autonomous drone.

Using pseudo-trilateration SARDO, as a mobile base station, acts as a single anchor that retrieves multiple distance measurements from a disaster victim’s smart device, taken by the drone over its flight time.

The SARDO drone uses machine learning to calculate the position of a victim’s device even when that person is moving.

The drone continually adjusts itself based on their predicted motion until it has identified the exact position of a victim.

Says Antonio Albanese, Research Associate at NEC Laboratories Europe: “SARDO brings together the increasingly higher penetration rate of smart devices in our society and the ability of drones to reach harsh locations.

We can now combine these technologies to build a standalone localization system that effectively supports first responders in disaster recovery operations.

Requiring no pre-deployment effort, it can be up-and-running within minutes and keep the related deployment complexity to a minimum.”

SARDO works by identifying the unique identification number of a disaster victim’s eSIM or SIM card using the resource control connection that it establishes with a base station.

With required emergency approvals, the SARDO drone can search for both a specific victim and all unknown victims within a given region.

In collaboration with the network operator, search and rescue teams can also communicate directly with a victim via their devices. In large disasters with many victims, multiple SARDO drones can be used to scale up search and rescue efforts.

Major emergencies, the use of drone in case of earthquake

In earthquakes, damage to buildings is often extensive and rubble hampers search and rescue efforts.

SARDO identifies rubble as a propagation environment and, by compensating for this, can predict a victim’s current location in it.

In principle, this same technique is used by SARDO to identify channel artifacts produced by different propagation environments such as snow caused by avalanches or water in times of flooding.

Using commonly available parts, any commercial drone or UAV that meets disaster zone search and rescue requirements can be converted and deployed as a SARDO.

This makes it extremely versatile in meeting the needs of different disaster response teams.

Emergency Expo by Roberts is coming: April the 9th marks the start of the first virtual exhibition for the emergency and rescue sector