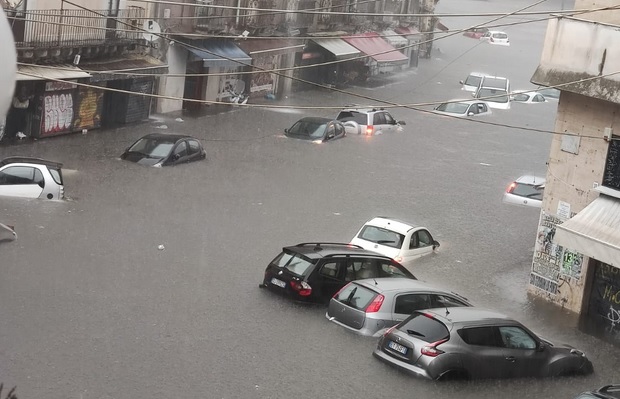 Woman missing in the Catanese area: the body of Angela Caniglia, the 61-year-old woman who disappeared during the violent cloudburst four days ago in Scordia (Catania), has been found

Her body was found on a farm in contrada Abate, in the neighbouring town of Lentini, in the province of Syracuse, about seven kilometres as the crow flies from where she was last seen and about two kilometres away from where the body of her husband, Sebastiano Gambera, aged 67, was found.

Caniglia is the third victim of this wave of bad weather in Sicily: yesterday, in fact, in Gravina di Catania, another man lost his life because of the fury of the water: Paolo Claudio Agatino Grassidonio, he was 53 years old.

In Sicily, ten million euros are needed immediately for “urgent” and “non-urgent” interventions following the damage caused by the wave of bad weather.

The estimate comes from the Sicilian Region, according to which, however, an overall estimate of the damage can be made only at the end of the reconnaissance already started with the municipalities and at the end of the emergency weather phase not yet ended.

According to Palazzo d’Orleans, one hundred million euros will also be needed for structural measures to reduce the risk.

There are 86 Sicilian municipalities included in the state of emergency declaration launched yesterday by the regional government following the wave of bad weather that caused three deaths and extensive damage.

“We have declared a regional state of emergency and asked Rome to declare a state of calamity following the serious weather events that hit Sicily in October and the permanent risk for the coming days in the eastern part of the island,” said the president of the Sicilian Region, Nello Musumeci, who yesterday convened an extraordinary meeting of the government at the Palaregione in Catania.

The succession and exceptional intensity of wind and rain,” Musumeci stressed, “have put our island to the test, causing victims and extensive damage.

We appreciate the attention shown by the head of the National Civil Protection, Fabrizio Curcio, and we ask the central government to set in motion as soon as possible all the mechanisms for allocating the resources needed to restore public infrastructure and compensate those who have suffered damage.

Brussels, on the other hand, should convene fewer meetings on climate change and act immediately with a strategic initiative that involves all the Member States: Sicily is threatened by too many natural and man-made risks and needs concrete action.

A special law with a resource of at least 3 billion euro would be needed to secure the Sicilian territory, which has been abandoned and devastated for over half a century.

In the last four years we have already invested more than 400 million euros of European funds to combat hydrogeological instability and coastal erosion,” the governor concluded, “and about 80 million for cleaning up rivers and streams.

These interventions have never been carried out before, but they are just a drop in the ocean of actions needed to make our territory safe in the face of phenomena that we will have to deal with more and more often and for which we must be prepared.

We need a new approach in the urban planning of our territory and cities.