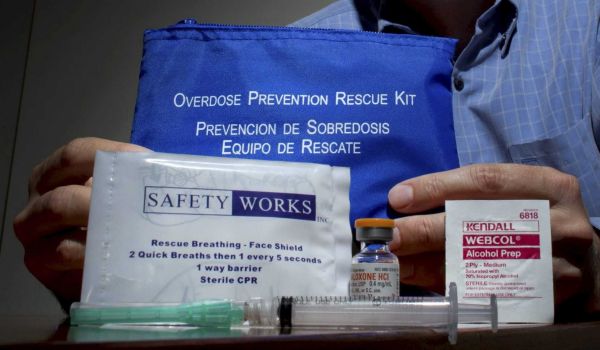 Heroine: Narcan kit for family, friends and associates of addicts 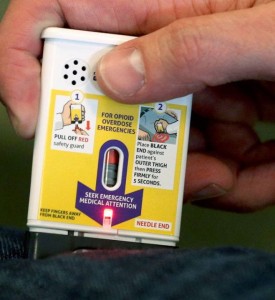 Overdose is common among persons who use illicit opioids such as heroin and among those who misuse medications prescribed for pain, such as oxycodone, hydrocodone, and morphine. The incidence of opioid overdose is rising nationwide. For example, between 2001 and 2010, the number of poisoning deaths in the United States nearly doubled, largely because of overdoses involving prescription opioid analgesics. This increase coincided with a nearly fourfold increase in the use of prescribed opioids for the treatment of pain. To address the problem, emergency medical personnel, health care professionals, and patients increasingly are being trained in the use of the opioid antagonist naloxone hydrochloride (­naloxone or Narcan), which is the treatment of choice to reverse the potentially fatal respiratory depression caused by opioid overdose. (Note that naloxone has no effect on non-opioid overdoses, such as those involving cocaine, benzodiazepines, or alcohol.)

Since January, the Anne Arundel County Department of Health has offered free training and certification to citizens on administering naloxone, the prescription nasal spray commonly known as Narcan. The medicine can immediately reverse the effects of a heroin overdose. Training is for family, friends and associates of addicts, as well as social workers and staff who work at halfway houses.

Tornado Sirens StormAware, how does it works?