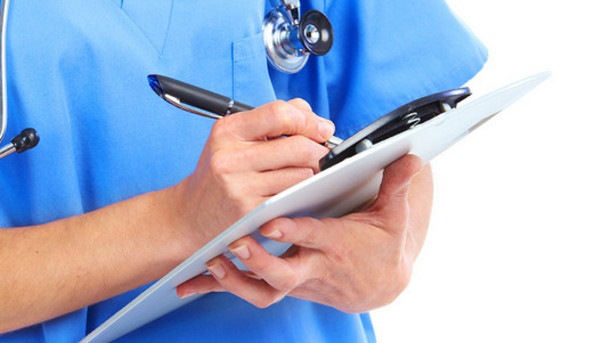 Your Health Record could be shared as a Facebook status?

FROM NPR SHOTS – Surely I’m not the only person who has gone to the orthopedist figuring that the radiologist sent over the MRI, only to find out that I was supposed to have asked for a CD and a paper copy of the report. Really? That is so last century. Since I can Facebook, Instagram and Pinterest images with ease, shouldn’t I also be able to get my MRI online and share it with my doctors?

You should, says Dr. David Mendelson, a professor of radiology at Mount Sinai Hospital in New York. He’s working on a project to create the Pinterest of medical imaging. The first 2,562 people to try it, patients at four academic medical centers, uploaded a median of six images, according to a report presented by Mendelson and colleagues at the Radiological Society of North America meeting this week.

The vast majority of testers liked having access to their images online, and 78 percent viewed the images on their own without a doctor. The researchers are happy with those numbers, especially since most people who get scans are older and not net natives.And they’re not stopping there. “Our real game is to establish a nationwide network,” Mendelson told Shots. “We want to spawn true interoperability throughout the nation.”

This effort is the radiological equivalent of OpenNotes, which lets patients read everything their doctors write in their chart. Though open access has been resisted by some physicians, patients who have access say they understand their medical issues better and are better at following doctors’ orders. And online access to scans would help solve a big problem with medical records: Most hospitals and doctors don’t have a secure system with which to share, and people usually don’t cart around CDs of their CTs — let alone those big floppy films, which are still used in some offices.
“At Thursday night at 11 p.m. they have a bellyache and they go to the ER,” Mendelson says. “The patient says, ‘I had a scan on Monday.’ We all know what they do — they repeat the scan. It’s an unnecessary cost for the payer, and an unnecessary radiation burden for the patient.”

The RSNA Image Share System  was designed to avoid all that. When patients agree to participate, their encrypted images get uploaded to the cloud. Then they sign up for a personal electronic health record through a vendor of their choice, and use it to see and share. The project, which has since expanded to seven medical centers and has dozens more on deck, is funded by economic stimulus funds and has been free to users so far. When that money runs out in two years, Mendelson says, it could be paid for by insurance companies or radiology departments, which spend a lot of money managing data via CD. It could also be paid for by people like me, who would like to never have to go back to the radiologist and ask for the CD. “If I said to you for $10 I’d archive all the images you have and I’ll save them for 10 years,” Mendelson says, “you just might pay for it.”

COVID-19, in Germany the response of the rescuers: the 37 ADAC Helicopter Rescue…