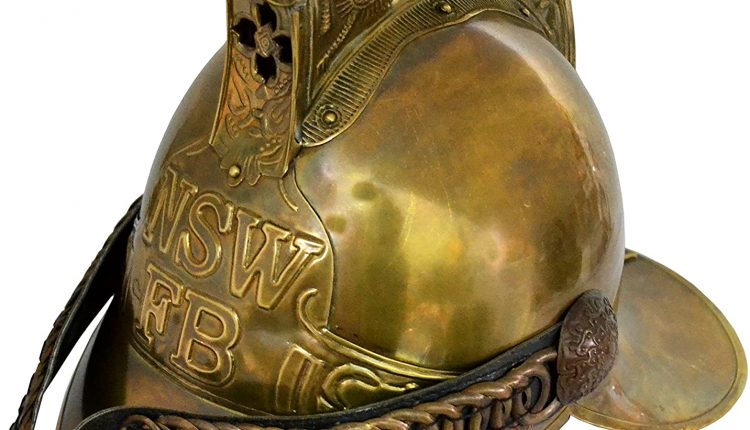 Emergency Museum: the origins of the brass firefighters helmet / PART 2

Also in Australia this design was appreciated because when the Metropolitan Fire Brigade was formed in Sydney in 1884, the London Fire Brigade uniform, including the brass helmet, was adopted. Senior Officers’ helmets were nickel plated to give a silver finish

Originally, the helmets were imported from England, but following the outbreak of the Second World War and the formation of a new Fire Brigade system in the UK, Brass Helmets became unavailable.

In 1940 the New South Wales Fire Brigades sort expressions of interest from local Sydney firms to produce Brass Helmets and eventually the Ryder & Bell company was contracted to produce them. 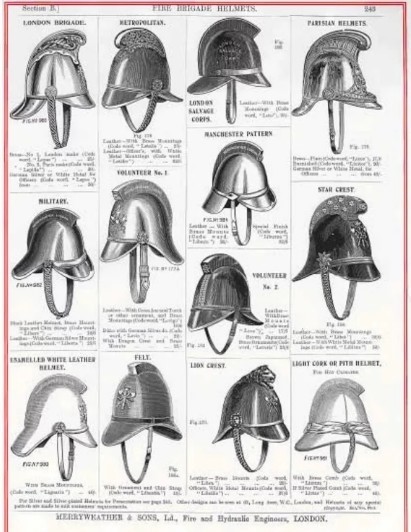 Production commenced in 1941 for NSWFB and some other states and brigades of Australia progressively placed their orders.

Ryder & Bell went on to produce other uniforms and rank insignia for the fire brigades.

The polishing of all this equipment, as well as the brassware on the vehicles, was once an important part of the firefighter’s daily ritual.

Firefighter helmet: what is the significance of the dragon? 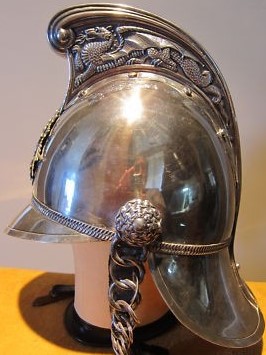 As we said before a curious side of the british and australian brass helmet was the inclusion of a dragon motif on the comb believed to be derived from Anglo Saxon mythology and later heraldic customs.

Mythology in some cultures viewed dragons as evil creatures, but in others the dragon was a guardian spirit, a symbol of protection and strength. In the heraldic symbolisms, which dated from the Middle Ages of Europe, it was a sign of nobility, leadership, wisdom, keen sight and courage.

Dragons thus featured in many Coats-of-Arms of famous families or important cities in England. The City of London adopted two upright facing dragons for its Coat-of Arms in the 17th century but it was not the only city to use them.

Thus whilst the dragon would have been stylised somewhat to suit the space available on the helmet, the heraldic implications as detailed above would have been the primary motive for its inclusion.

Shaw’s intention with this helmet was to ensure that the London Fire Brigade was seen to be superior to others in existence at that time.

We can therefore see how the evolution of a unique accessory such as the firefighter’s helmet has evolved over time, both as a safety element for officers and as a symbol of belonging to the various departments.

History Of Fire Brigades Around The World, Germany: The Ravensburg Feuerwehrmuseum