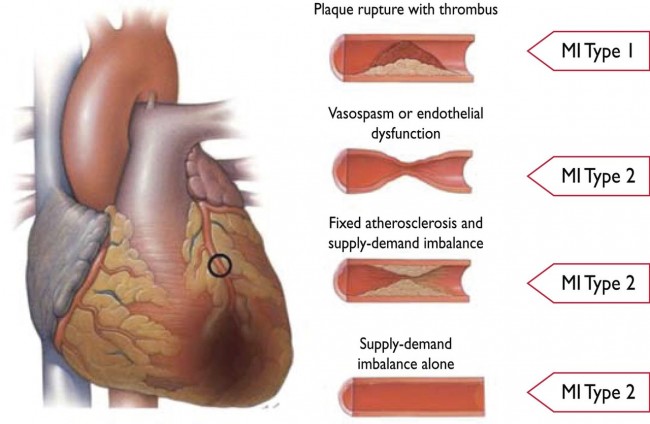 SOURCE SCANCRIT – We’ve been waiting for the AVOID study, since we mentioned it a few years ago in another post on the harm of excessive oxygen. AVOID (Air Versus Oxygen in Myocardial Infarction). Now, it’s out. As expected, it shows that unnecessary oxygen supplement worsens outcome. The surprise is just how big a difference it makes! In this study, too much oxygen increased recurrent MI fivefold!

Avoiding hyperoxemia isn’t new. Normoxemia has been a trend, but lacked hard evidence in form of an RCT, and the reflex-O2-mask in ED has been hard to fight. Right now, the full AVOID article has yet to be released, but the results have just been presented at AHA’s congress in Chicago last week. And AHA has posted a video interview with Dr. Stub, one of the investigators of the AVOID trial, on the results, as well as posted his presentation slides here. This research performed an investigator initiated multicenter randomized controlled trial to compare supplemental oxygen therapy with no oxygen therapy in normoxic patients with STEMI to determine its effect on myocardial infarct size.

Design
Prospective, multicenter trial, encompassing both pre-hospital and in-hospital treatment of the patients. Included STEMI patients with an initial Sat >94% and STEMI symptoms less than 12 hours.

Important clinical endpoints
Of clinical interest was that the oxygen arm had highly significant increase of recurrent MI during admission – the risk was 5x as high! The no-oxygen group had a recurrent MI rate of 0.9%, but it was 5.5% in the oxygen group! Also, they found an increase of significant arrythmias in the oxygen group. These are based on rather small numbers, so the big effect seen here might not be replicated. There were no reported positive effects of oxygen supplement, except for the happy bleep of the monitor measuring 100% sats.

This is a quite small study, but falls nicely into place with other evidence on oxygen toxicity, and how we’ve moved away from supranormal levels of oxygenation. There’s currently a larger RCT underway in Sweden that will measure more hard endpoints, the DETO2X study. Read about it on deto2x.se. It’ll be interesting to see those results too. Also, go read the old evidence on oxygen toxicity stretching back to the 50s in this post:Oxygen. Enough, already.

We’ll be back with a more detailed report when the full AVOID article is out. But for now, turn off that oxygen for patients with sats >94% on room air! It’s been an infatuation for way too long, it’s time to break up with MONA.

For over a century oxygen therapy has been used in the initial treatment of patients with suspected myocardial infarction. In patients with hypoxia, there is limited evidence suggesting oxygen therapy is beneficial. Supplemental oxygen may reduce coronary blood flow, increase coronary vascular resistance and contribute to reperfusion injury trhough increased formation of reactive oxygen species.