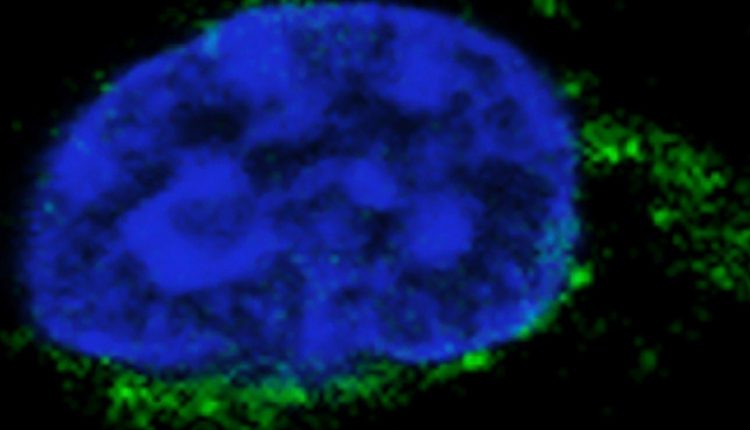 New stem cells in viral infections: a ‘shortcut’ for the immune system to more rapidly supply the body with the necessary defences (natural killer cells) to fight viruses and other pathogens.

These are the new super-efficient stem cells discovered by researchers at the Bambino Gesu’ Paediatric Hospital and the University of Genoa in collaboration with other Italian centres.

The results of the research, financed mainly by AIRC, have just been published in the scientific journal Journal of Allergy and Clinical Immunology.

Thus in a statement the Bambino Gesu Children’s Hospital.

Natural killer (NK) cells play a fundamental role in the first-line defence against virus infections, but also against tumour growth and the spread of metastases.

They have a rather short lifespan (a few days) and require constant replacement by the stem cells from which all blood cells originate.

Under certain pathological conditions, such as viral infections and other inflammatory diseases, the use and possible ‘depletion’ of NKs increases considerably.

However, it takes many weeks to obtain mature and fully armed NK cells, a time that is not always compatible with the aggressiveness and speed of virus replication during infection.

Laboratory investigations on blood samples from enrolled patients led to the discovery of two new types of stem cells, identified thanks to particular characteristics (markers) of their cell surface.

In the first type, three proteins are present: the CD34 protein, which makes it possible to identify all blood stem cells, and the DNAM-1 and CXCR4 proteins, which control cell activation and migration.

The second type does not have the CD34 protein (and is therefore difficult to identify as a stem cell), but due to a unique combination of molecules on the cell surface, it is able to give rise to mature NK cells.

Research has also shown that many of the NK cells generated by the new stem cells have a receptor (NKG2C protein) that allows them to recognise cytomegalovirus (CMV) and block its replication.

CMV is a widespread virus and an important cause of disease, especially for people with compromised immune systems.

Stem cells represent a kind of shortcut for the immune system

“The stem cells first identified in our research were found in large amounts in the blood of patients with viral infections.

They represent, therefore, a sort of shortcut used by the immune system to rapidly generate NK when there is a need for new weapons against pathogens – explain Prof. Lorenzo Moretta, head of the Immunology Research Area of the Bambino Gesu’ and Prof. Andrea De Maria of the Health Sciences Department of the University of Genoa -.

Once isolated and cultivated in the laboratory, the new stem cells multiply and, in about three weeks, give rise to mature NK cells, with a strong ability to kill tumour cells and ready to fight viruses, especially cytomegalovirus”.

THE THERAPEUTIC PROSPECTS OF THE DISCOVERY OF NEW STEM CELLS

“The discovery of stem cells that are so effective in defending against viruses, but also very effective against tumours, opens the way to the definition of therapeutic strategies to make the most of them,’ Prof. Moretta stresses.

We imagine, for example, drugs capable of further strengthening them or capable of inducing their extensive proliferation directly in patients or in the laboratory, followed by infusion into the patients themselves”.

“Investigations that are still very preliminary have identified particularly high numbers of new stem  even in patients with COVID-19,” concludes Prof. De Maria.

These data could offer new insights to better understand the serious disease triggered by the SARS-CoV-2 virus (e.g. by studying possible correlations between the frequency of new stem cells and the evolution of COVID-19) and to design new effective therapeutic interventions”.

Patient handover between ambulance crew and health workers: a qualitative study from Iceland

Covid, WHO: 'A vaccine production hub will be operational in South Africa within a…