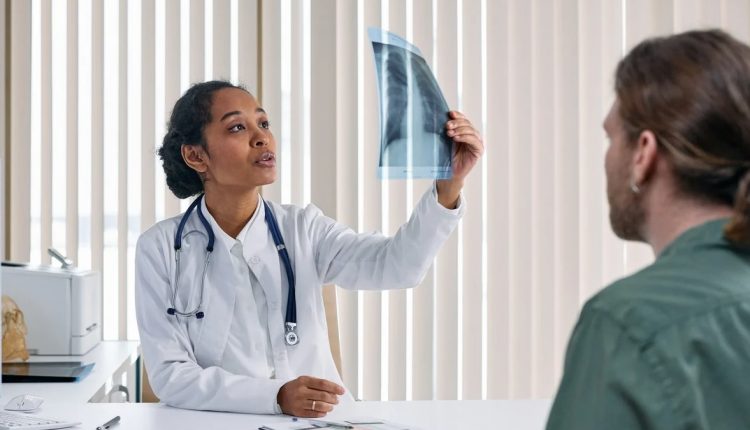 Bone cysts in children, the first sign may be a 'pathological' fracture

Bone cysts, an early warning sign may be fractures not commensurate with the extent of the trauma that caused them. This was discussed at the Sitop orthopaedic congress

Juvenile bone cysts can also occur in early childhood, between 7 and 9 years of age

They are almost always asymptomatic and their presence is most often discovered during what are called ‘pathological fractures’, i.e. “a fracture that occurs as a result of a minor event that would not have caused it under normal conditions.

In rarer cases, however, the cyst may be symptomatic, generating pain in the shoulder when it is on the humerus, and in the hip when the formation is on the femur.

Hence, localised and persistent pain symptoms should be investigated by radiography.

Explaining the nature and ‘functioning’ of juvenile bone cysts is Cosimo Gigante, director of the Paediatric Orthopaedics Unit at Padua Hospital and outgoing president of the Italian Society of Paediatric Orthopaedics and Traumatology, who spoke on the subject during the second and final day of the 23rd Sitop Congress, which ends this evening in Naples.

What causes pathological fractures in children and young people is the very nature of bone cysts which, the specialist explained in simple terms, “is an area where the bone has simply ‘disappeared'”.

In particular, bone cysts affect the long bones, i.e. humerus and femur, along with the surrounding areas, i.e. shoulder and hip

“From the point of view of bone pathology, in paediatric age it is considered common, but not particularly widespread.

In a paediatric orthopaedic referral centre,” he explains, “there may be 4-8 cysts a year, depending on the catchment area.

As far as we know, it is not a genetically determined disease, nor is the cause of its formation known, although it is sometimes linked to a previous trauma,’ adds the outgoing Sitop president.

BONE CYSTS CAN BE RECOGNISED BY X-RAY, THEN A BIOPSY IS NEEDED

How can a bone cyst be diagnosed and what treatment options are currently available?

“The orthopaedist explains that a cyst is easily recognisable to the expert eye on an X-ray.

When it is very aggressive, it can be examined in depth with an MRI scan.

After the fracture has healed, a biopsy is taken and an infiltration treatment is started.

Among the new treatment options,” continues Gigante, “the most popular, because it is less invasive, very effective and inexpensive, is cortisone-based infiltration, which, according to the scientific literature, is effective in a high number of cases (50-60%).

There are, however, cysts that do not heal and others that relapse, for which biological stimulators of osteo-production are used, which have recently been introduced, and which are administered with infiltrations of autologous bone marrow, most frequently with the addition of demineralised bank bone matrix.

This last solution – explains the director of the Paediatric Orthopaedics Unit of the Padua Hospital – together with the nailing of these cysts, which is almost compulsory if the femoral area is involved, has considerably increased the success rate, bringing it close to 90%.

There are also cysts that are refractory to treatment that require open surgery or curettage, i.e. cleaning the cyst and then placing bone grafts, mainly bank grafts. In this case with the addition of factors that promote bone regeneration, i.e. autologous bone marrow concentrate and demineralised bone matrix,” explains the expert.

SOMETIMES IT CAN BE A LONG BATTLE

Can bone cysts be cured?

The prognosis,” the specialist assures, “is usually favourable, but at the moment of diagnosis we do not know whether we are dealing with a cyst that will heal or whether we will be engaged in a long battle in which, after having carried out all possible treatments, we will then be forced to resort to open surgery.

However, the fate of the cyst is always sealed, because in the end we are also right for the fact that normally the osteolytic activity of these cysts tends to run out naturally as they reach skeletal maturity’.

The research dedicated to this specific pathology, Gigante explains, “is moving mainly on the front of the regenerative factors used in the treatment and the identification, in the biochemistry of these cysts, of elements that can help us to define the prognosis and then modulate the treatment, even according to the aggressiveness of the pathology”.

Juvenile bone cysts are just one of the topics discussed at the congress, along with hip epiphysiolysis, osteosarcomas, scoliosis, etc.

Finally, the outgoing Sitop president recalls: “Since there are very different approaches to the treatment of cysts in the literature, we thought it was time to take stock of new treatment procedures.

We have collected, processed and analysed a great deal of data, which has provided solid evidence that allows us to say, with absolute certainty, that these instruments improve the prognosis of treatment compared to more traditional methods, which we cannot however consider to be outdated,’ he concludes.