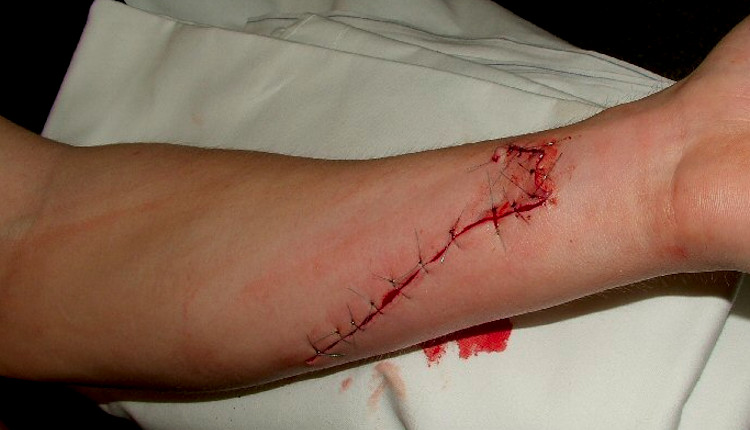 Nowadays tetanus can be considered an outdated disease, since, thanks to the vaccine, doesn’t kill like before. However, there still are unvaccinated people who are at risk. Today we will analyze a case report of an elderly man who came to an ED in the US with jaw pain and who was ultimately diagnosed with tetanus.

A 78-year-old male with an incomplete immunization history who presented to the ED with jaw pain and with a suspected tetanus infection. The following report highlights the importance of prompt diagnosis, treatment, and prevention of this life-threatening disease.

How does tetanus show its symptoms?

Caused by a toxin produced by Clostridium tetani, an anaerobic gram-positive, spore-forming bacillus, tetanus is an acute illness clinically diagnosed with features of hypertonia and muscle spasm in the absence of a more likely diagnosis. Classifications of tetanus can be three: generalized, localized, and cephalic. Patients can develop autonomic instability, and the disease can outcome into a cardiac arrest.

Since 1947, the year of the first discovery of tetanus by the Centers for Disease Control and Prevention (CDC), the number of cases declined by more than 95% and deaths declined by greater than 99%.

Case report: Tetanus patients. What were the symptoms?

A 78-year-old Hispanic male from Mexico presented to the emergency department (ED) with a complaint of jaw pain and abdominal bloating for the previous three days. Analysing his medical history, medics discovered only a significant for hypertension, although he did not take any medications.

The patient denied the use of tobacco, alcohol, or drugs and did not report allergies. His vital signs were:

The patient apparently had difficulty opening his mouth. Dysphonia came out. He had no reproducible pain on exam, but was uncomfortable when medics attempted to open his mouth by force. While the oral exam was limited secondary to poor mouth opening, no caries or abscesses were appreciated. No lymph nodes were palpable and the remainder of the ear, nose, and throat exam was unremarkable.

On examination, the medial aspect of the right forearm revealed a healing laceration, approximately 5 × 2 centimeters. The patient’s abdomen was rigid and mildly distended, but non-tender. About the wound, the patient stated he fell off a tractor and fell into muddy water two weeks ago and got hurt.

He affirmed he had been seen by a doctor in Mexico for the wound and doctor provided a topical medication. When asked about immunization status, the patient denied receiving tetanus prophylaxis for the wound and he confessed that he never received any vaccinations.

The patient’s blood tests and computed tomography of the head and neck were within normal limits. Medics made a diagnosis of tetanus. His wound was debrided. According to CDC guidelines, medics administered tetanus immunoglobulin, tetanus-diphtheria and pertussis vaccine, and intravenous metronidazole.

The patient entered the Medical Intensive Care Unit (MICU) for further treatment. Medics treated the patient with two milligrams of lorazepam as needed for muscle spasms.

On day four at the hospital, he had an apneic event and subsequent cardiac arrest. They intubated him with return of spontaneous circulation. He was unable to be weaned from the ventilator due to continued trismus.

On hospital day 11, the patient had a tracheostomy (explore more on tracheostomy at the end of the article) and percutaneous gastrostomy tube placed. This provoked much concern for the prolonged course on the ventilator.

On hospital day 18, the patient was transferred to the general medical ward. He was started on a clear liquid diet and was able to advance to full liquids during his stay. He was discharged to home on hospital day 22 with the formal diagnosis of tetanus.

The initial diagnosis can be difficult because it is purely clinical and patients commonly present with non-specific features. Multiple case reports described patients with tetanus-like symptoms but initially treated for otitis or sinusitis. With a vaccination history and a history of recent wounds, medics can have a clearer idea of how to provide the correct diagnosis.

The treatment of wounds that are at risk of having tetanus contamination remains a common occurrence in EDs in the U.S. Even if tetanus should be rare. Researchers in five university-affiliated hospitals carried out a prospective observational study. They found that emergency physicians greatly undertreat at-risk patients who may have inadequate primary immunizations. Specifically, this study reported that 504 patients were identified as having inadequate primary immunizations, and none of the patients received appropriate tetanus prophylaxis.

Patients at-risk for tetanus include individuals over 50 years old and immigrants who may not have been fully immunized. According to the 2010 U.S. census, 12.9% or 40 million people in the U.S. are foreign-born and as of 2016, 49.2 million Americans are 65 years or older.

ED professionals must absolutely scrutinize the immunization history in these high-risk populations and administer immunoglobulin and tetanus vaccine as recommended. The possibility of tetanus, though rare, should be included in the differential diagnosis of patients from high-risk groups presenting with the typical pattern of muscular rigidity.

The Quick and Dirty: A Tetanus Case Report