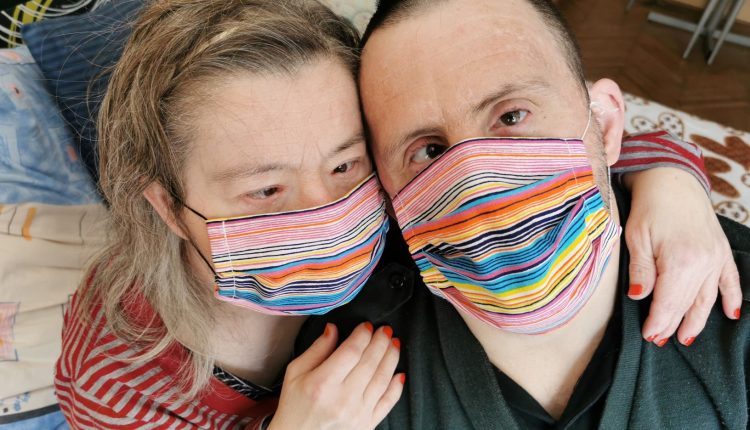 Down syndrome and COVID-19, research at Yale University

The correlation between Down’s syndrome and COVID-19 has been one of the topics that has immediately interested researchers all over the world: from the prestigious Yale University, one of the best known in the world for Medicine, a very interesting analysis

Down syndrome and COVID-19, the Yale University study

In October 2020, a large study out of the United Kingdom in The Annals of Internal Medicine showed that people with Down syndrome who get COVID-19 are four times more likely to be hospitalized—and 10 times more likely to die—than the general population. Additional studies have backed up these findings for those with the genetic disorder, which is also known as trisomy 21 and is caused when abnormal cell division creates an extra chromosome.

Michele Spencer-Manzon, MD, a Yale Medicine clinical geneticist, says the heightened risk for Down syndrome patients is not surprising, and that she and her colleagues have been counseling families on the importance of taking extra precautions to avoid infection.

Still, she urges caution when interpreting the study results.

“We have a robust clinic, and we have been fortunate enough to have not yet heard of any of our pediatric patients coming in with severe COVID symptoms, and we are treating them like any other high-risk group.”

The Centers for Disease Control and Prevention (CDC) updated its guidelines in December to include those with Down syndrome in the category of increased risk for severe COVID-19 disease.

This means they may be given priority for early vaccination, though specifics vary by state. In Connecticut, for example, the governor recently announced a change in vaccination policy that prioritizes teachers and organizes phases by age.

Researchers aren’t sure why those with Down syndrome are more vulnerable to severe COVID-19, but they suspect it may have something to do with background immune abnormalities.

Plus, the typical anatomy of someone with Down syndrome—large tongues, tonsils and adenoids; small jaws; and lax throat muscle tone—makes them more susceptible to higher rates of respiratory infections in general, experts believe.

“Down syndrome patients can have higher rates of respiratory problems, which is why we monitor them closely when they have a respiratory illness.

And if they have low muscle tone, there can be increased risk of aspiration and reflux, which can then further raise the risk of respiratory complications,” Dr. Spencer-Manzon says.

“What’s not being talked about enough is the social isolation that is starting to get to everybody,” she says.

“We need to provide mental stimulation to our patients with Down syndrome.

They may only be doing school virtually now. They maybe aren’t going to their day programs.

We should get them into Zoom meetings or Skype with friends and families and for other activities.

We need to find ways to keep them mentally and socially engaged.”

Cardiac Arrest Defeated By A Software? Brugada Syndrome Is Near To An End

Italy, the 'ambulance train' inaugurated today: this is what medical transport by rail is all about