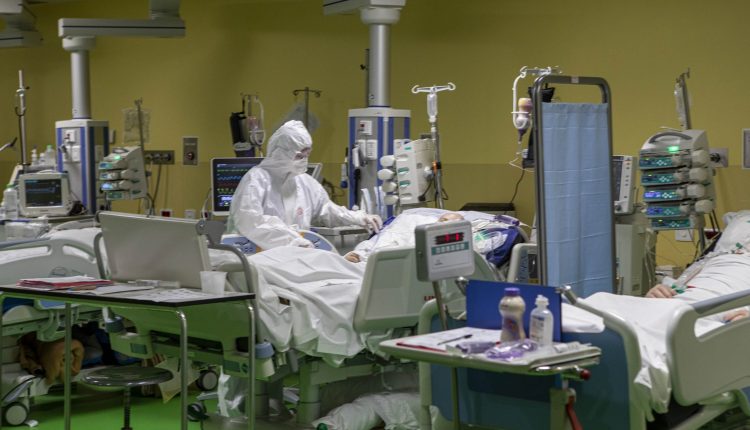 COVID-19 in people with Down Syndrome: mortality up to 10 times higher. A study of the ISS

People with Down Syndrome have always been the focus of the ISS-Catholic University study that has drawn a clinical and demographic profile of these patients during COVID-19 pandemic, calculating among them levels of mortality much higher than those of the general population.

Mortality for COVID-19 among people with Down Syndrome could have been up to 10 times higher than that of the general population.

Down Syndrome and COVID-19, the study of researchers at the Istituto Superiore di Sanità and Catholic University

This conclusion was reached by the researchers of the Istituto Superiore di Sanità (ISS) who, together with those of the Catholic University, Campus of Rome, analyzed 3,438 graphs, processed by the same ISS from 22 February 2020 to 11 June 2020, identifying 16 deaths in people with SD. People younger than those without SD died with CoVID-19 (52 vs. 78 years) and with a higher risk of non-respiratory complications such as sepsis (31% vs. 13%).

The study, published in the American Journal of Medical Genetics, is in line with the conclusions of another retrospective study conducted in the United States on patients hospitalized with COVID-19, which described an increase of nine times the expected percentage of patients with SD hospitalized compared to the general population.

“The prevalence of people with Down syndrome in our sample was 0.5% (16 individuals). This leads to an estimate of 100-130 individuals with SD died with COVID-19 in Italy until June 11. The prevalence of SD in the Italian general population is about 0.05%, suggesting that mortality from COVID-19 in this population could be up to 10 times higher than the general population – explains Graziano Onder, director of the Department of cardiovascular, endocrine-metabolic and ageing ISS -.

These patients are more susceptible to infections, experience early ageing of multiple organs and systems, develop a broad spectrum of comorbidities, including endocrinopathies, neurological, rheumatic, musculoskeletal diseases. In addition, they often have several anatomical abnormalities of the upper airway that increase the probability of obstruction of the same airways, a condition that can predispose to pulmonary hypertension, which in turn can increase the severity of COVID-19 infection“.

“In summary, adult people with SD represent a fragile and vulnerable to infection and therefore to be protected with extreme care in this epidemic phase – says Emanuele Rocco Villani, PhD student in Science of Aging at the Catholic University and first author of the research -.

People with SD, therefore, fall within the population group for which access to the vaccine for SARS-COV-2 should be a priority when it will finally be available”.

The clinical and demographic characteristics of Down syndrome patients in the study on COVID-19
Individuals with SD were younger than those without SD (52 vs. 78), while the sex distribution was similar (females 38% vs. 33%).

These conditions are known risk factors, as they are associated with a pro-inflammatory state, which seems to play a role in the onset of serious complications of COVID-19. All 16 subjects also developed acute respiratory distress syndrome as a complication.

Bacterial superinfections, such as blood infections (sepsis) and bacterial pneumonia, were also more common among subjects with SD who died with COVID-19 compared to the general population (31% versus 13%), a figure in line with the observation that individuals with SD have a higher susceptibility to infections due to the presence of immune deficits.

This is also in line with the observation that the characteristics of ageing generally occur earlier than in the general population and mainly involve the brain and immune system. The average age of death in subjects with DS has been estimated for around 60 years.

With regard to drug therapy, the prescription of antibiotics (81% and 86%, respectively), antiviral/antimalarial (63% and 60%, respectively) and tocilizumab (6% vs. 4%) was similar in both groups. In contrast, systemic steroid use was more prevalent among individuals with DS (75% vs. 38%).

Could a nasal spray treatment against flu increase…

Risk of Parkinson's disease after COVID-19: an Australia a…

Paramedics like Iron Man: could a jet suit save lives? The Great North Air Ambulance Service tested it