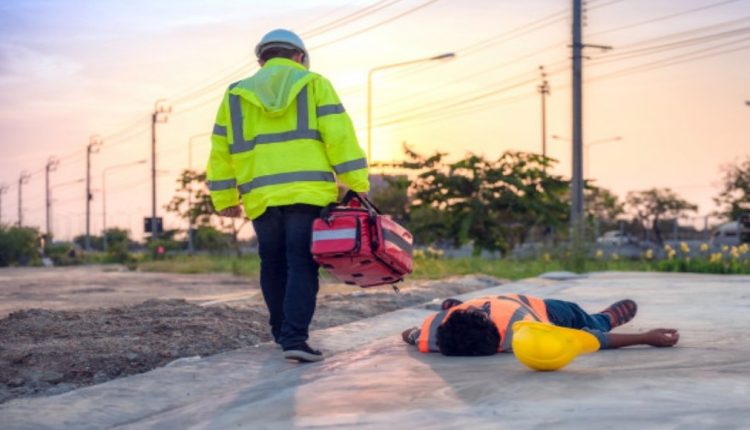 Electrical injuries: how to assess them, what to do

Electrical injuries: Although electrical accidents that occur accidentally in the home (e.g., touching an electrical outlet or being shocked by a small appliance) rarely result in significant injuries or sequelae, accidental exposure to high-voltage currents causes nearly 300 deaths each year in the United States

There are > 30 000 non-fatal electrical accidents/year in the US and electrical burns account for about 5% of admissions to burn units in the US.

Classically, it is taught that the severity of injury from electricity depends on Kouwenhoven factors:

However, electric field strength, a quantity that has recently been taken into account, seems to predict injury severity more accurately.

Alternating current changes direction frequently; it is the type of current that is typically supplied to households in the United States and Europe.

Direct current flows constantly in the same direction; it is the type of current that is supplied by batteries.

The way alternating current damages the body depends largely on the frequency.

Low-frequency alternating current (50-60 Hertz) is used in domestic systems in both the United States (60 Hertz) and Europe (50 Hertz).

Exposure to direct current tends to cause a single convulsive contraction more easily, which often throws the subject off the current source.

Electrical burns: the effect of voltage and amperage on the severity of the injury

For both alternating and direct current, the higher the voltage (V) and amperage (A), the greater the resulting electrical injury (for the same exposure).

The maximum amperage that can cause contraction of the arm flexor muscles, but still allow the subject to release their hand from the current source, is called a let-go current.

The let-go current varies according to body weight and muscle mass.

For an average 70 kg man, the let-go current is about 75 milliamperes (mA) for direct current and about 15 mA for alternating current.

A low-voltage 60 Hz alternating current passing through the chest for even a fraction of a second can cause ventricular fibrillation, even at amperages as low as 60-100 mA; with direct current, about 300-500 mA is required.

If the current reaches the heart directly (e.g. via a cardiac catheter or the electrodes of a pacemaker), even an amperage of < 1 mA can induce fibrillation (in both alternating and direct current).

Tissue damage due to exposure to electricity is mainly caused by the conversion of electrical energy into heat, resulting in thermal damage.

The amount of heat dissipated is equal to amperage2× resistance × time; thus, for a given current and duration, the tissue with the highest resistance tends to suffer the most damage. The resistance of the body (measured in ohms/cm2) is mainly provided by the skin, because all internal tissues (except bone) have negligible resistance.

The resistance of injured skin (e.g. from cuts, abrasions, needle sticks) or moist mucous membranes (e.g. mouth, rectum, vagina) can be as low as 200-300 ohms/cm2.

If the skin resistance is high, more electrical energy can be dissipated through the skin, resulting in extensive skin burns, but less internal injury.

If skin resistance is low, skin burns are less extensive or absent, and more electrical energy is transmitted to internal structures.

Damage to internal tissues depends on their resistance as well as current density (current per unit area; energy is more concentrated when the same current intensity passes through a smaller area).

The path of the current through the body determines which structures will be damaged.

Because alternating current continually reverses direction, the commonly used terms of ‘input’ and ‘output’ are inappropriate; ‘source’ and ‘ground’ are more accurate.

The hand is the most common source point, followed by the head.

The foot is the most common earth point. Current travelling between the arms or between the arm and a foot is likely to pass through the heart, potentially causing arrhythmia.

This current tends to be more dangerous than the current travelling from one foot to the other.

Current directed at the head can damage the central nervous system.

Together with the Kouwenhoven factors, it also determines the degree of tissue injury.

Similarly, 110 volts, when applied over only 1 cm (e.g., a child’s lips), results in a similar field strength of 11 kV/m; this ratio explains why such low voltage damage can cause tissue damage of the same severity as some high voltage damage applied over larger areas.

Conversely, when considering voltage rather than electric field strength, minimal or insignificant electrical injuries could technically be classified as high voltage.

For example, the shock you receive from crawling your feet on a carpet in winter involves thousands of volts, but causes completely negligible injuries.

The effect of the electric field can cause damage to the cell membrane (electroporation) even when the energy is insufficient to cause thermal damage.

The application of a low-intensity electric field causes an immediate unpleasant sensation (the ‘shock’), but rarely causes serious or permanent injury.

The application of a high-intensity electric field causes thermal or electrochemical damage to internal tissues.

The damage may include

Damage from a high-intensity electric field can cause significant oedema, which, as blood clots in the veins and muscles swell, causes compartment syndrome.

Significant oedema can also cause hypovolaemia and hypotension.

Muscle destruction can lead to rhabdomyolysis and myoglobinuria, and electrolyte imbalances.

The consequences of organ dysfunction are not always related to the amount of tissue destroyed (e.g. ventricular fibrillation may occur with relatively little tissue destruction).

Burns may be clearly demarcated on the skin even when the current penetrates irregularly into deeper tissues.

Severe involuntary muscle contractions, convulsions, ventricular fibrillation or respiratory arrest may occur due to damage to the central nervous system or muscles.

Damage to the brain, spinal cord or peripheral nerves can cause various neurological deficits.

Cardiac arrest can occur in the absence of burns, as in the case of accidents in the bathroom (when a wet person [in contact with the floor] receives a 110 V current, e.g. from a hairdryer or radio).

Children who bite or suck on power cords may suffer burns of the mouth and lips.

Such burns can cause cosmetic deformities and impair the growth of teeth, jaw and jaws.

Labial artery haemorrhage, which results from the fall of the eschar 5-10 days after trauma, occurs in up to 10% of these children.

An electric shock can cause powerful muscle contractions or falls (e.g. from a ladder or roof), resulting in dislocation (electric shock is one of the few causes of posterior shoulder dislocation), vertebral or other bone fractures, injury to internal organs and other impact injuries.

Mild or poorly defined physical, psychological and neurological sequelae can develop 1-5 years after injury and result in significant morbidity.

Once the patient has been removed from the current, cardiac arrest and respiratory arrest are assessed.

The necessary resuscitation is performed.

After initial resuscitation, patients are examined from head to toe for traumatic injuries, especially if the patient has fallen or been thrown.

Asymptomatic patients who are not pregnant, have no known cardiac disorders, and who have had only brief exposure to household current usually do not have significant acute internal or external injuries, and there is no need for further testing or monitoring.

For other patients, an ECG, CBC with formula, cardiac enzyme titration and urinalysis (to check for myoglobin) should be considered. Patients with loss of consciousness may require a CT scan or MRI.

The first priority is to break contact between the patient and the power source by switching off the power (e.g. by tripping the circuit breaker or turning off the switch, or disconnecting the device from the electrical outlet).

CAUTION: If high-voltage lines are suspected, to avoid shocking the rescuer, no attempt should be made to free the patient until the power has been disconnected.

Patients are resuscitated and at the same time evaluated.

Shock, which may result from trauma or very extensive burns, is treated.

Formulas for calculating the fluids to be infused for resuscitation of classical burns, which are based on the extent of skin burns, may underestimate the fluid requirements for electrical burns; therefore, these formulas are not used.

Instead, fluids are titrated to maintain adequate diuresis (approximately 100 mL/h in adults and 1.5 mL/kg/h in children).

In cases of myoglobinuria, maintaining adequate diuresis is particularly important, while alkalinisation of the urine helps reduce the risk of renal failure.

Intense pain from an electrical burn should be treated with judicious use of EV opioids.

TREATMENT OF BURNS IN RESCUE OPERATIONS: VISIT THE SKINNEUTRALL BOOTH AT EMERGENCY EXPO

Asymptomatic patients who are not pregnant, have no known cardiac disorders, and who have had only brief exposure to household electricity usually do not have significant acute internal or external injuries requiring hospitalisation and can be discharged.

Cardiac monitoring for 6-12 h is indicated for patients with the following conditions:

Appropriate tetanus prophylaxis and local treatment of the burn wound are required.

Pain is treated with NSAIDs or other analgesics.

All patients with major burns should be referred to a specialist burns centre.

Children with lip burns should be referred to a specialist in paediatric orthodontics or a maxillofacial surgeon experienced in these injuries.

Electrical devices that touch or are likely to be touched by the body must be properly insulated, earthed and inserted into circuits that contain protective circuit-breaking devices.

Life-saving circuit breakers, which trip if a current leakage of even 5 milliamperes (mA) is detected, are effective and readily available.

Safety covers reduce the risk in homes with small children.

To avoid injuries from jumping current (arc injuries), poles and ladders should not be used near high-voltage power lines.

Patrick Hardison, The Story Of A Transplanted Face On A Firefighter With Burns

Cuts And Wounds: When To Call An Ambulance Or Go To The Emergency Room?

Covid in UK says no to compulsory vaccination