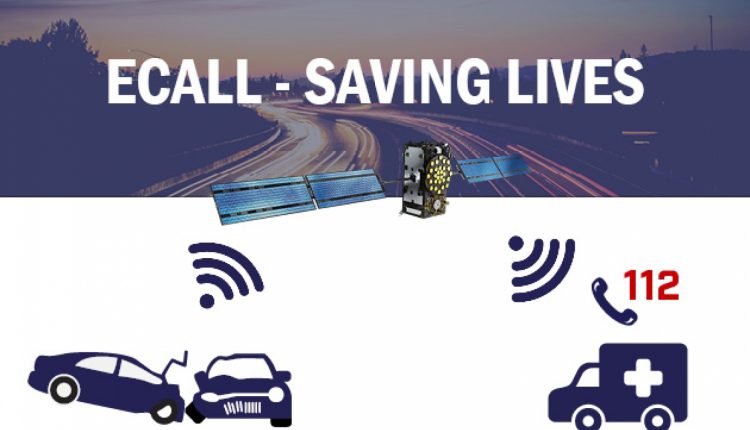 eCall systems, do they really work? ADAC, the Allgemeiner Deutscher Automobil-Club e.V. is the largest Automobile Club in Europe. The seriousness of its analysis makes it considered very authoritative. In one article it warned against the eCall emergency call in subscription, which in some cases slows down or thwarts the ambulance’s rescue and arrival.

The reason would be the German car manufacturers’ attempt to manage the action of the rescue services in an accident’s case.

The topic of eCalls is controversial: the European Commission has estimated (link at the end of the article) in 2,500 lives saved each year by the innovation made mandatory in 2018 for cars’ homologation.

The figure may be, theoretically speaking, quite close to the truth, but it certainly depends on how eCall is handled by car manufacturers.

ADAC has carried out a study on the German ones, but the raised findings are rather superimposable to those that could be made for cars of other manufacturing nations.

The problem arises, in fact, when car manufacturers find a way to interpose themselves between the car that sends the emergency request and the switchboard that locally receives the distress calls forwarded to the NUE (Single European Emergency Number – 112).

This is a situation, explains the ADAC, much more frequent with the models of German car manufacturers.

“The reasons are obvious: manufacturers want to be the first to know the accident data to be able to provide additional services and offers, such as mechanical rescue, car repair or the supply of a replacement vehicle”.

While foreign car brands offer an eCall system that ADAC calls “pure”, i.e. it contacts 112 directly in the event of an accident.

eCall systems, among the critical issues raised by ADAC:

– Some Call Centers are not active after 8 p.m. or at night (the time of day when it would be more difficult to receive help if the accident occurs on a non-trafficked road);

That’s why you have to pay a lot of attention when buying a new car with subscriptions and, based on ADAC ratings, is better to prefer direct eCall emergency call systems.

The publication of ADAC, Automobile Club of Germany, on the subject of eCall:

“The automatic emergency call eCall provides quick help in case of an accident.”

But ADAC tests prove this: the manufacturer’s emergency call systems can delay the rescue.

A recent ADAC survey showed that many car manufacturers want to be informed first in the future.

Importers are exemplary with the fast 112 eCall

The Europe-wide automatic emergency number 112-eCall can be decisive in the event of serious road accidents to ensure that rescuers will be on-site in time.

It ensures much faster medical care for accident victims and thus saves lives.

Once most cars are equipped with 112-eCall, the EU expects 2500 fewer road deaths each year.

So, everything okay? Unfortunately not. Because there are alternative manufacturer’s emergency calls that don’t work as efficiently as direct 112 eCall.

From April 2018, vehicle models that will enter the market with a new type of approval must be equipped with the European eCall system for emergency calls.

In fact, not all new vehicles have eCall on board.

But even if vehicles have an eCall system installed, some car manufacturers are deceiving: it is not uncommon for them to add their own emergency call systems and place them in the foreground.

The reasons for this are obvious: manufacturers want to be the first to know about accidents in a monopolistic way so that they can do business with additional services and offers, such as organizing the towing service, repairing the damaged car, or providing a replacement vehicle in case of an accident or a new car. And this must not happen!

Emergency call of the manufacturer: you lose valuable time

The observations during the crash tests carried out by the European program for the evaluation of new Euro NCAP cars in the ADAC Technik Zentrum are alarming: after the tests, the manufacturer’s emergency calls were sometimes answered by the call center only 58 seconds after the airbags were activated.

There, the position of the car must first be determined from the transmitted position data and then forwarded to the actual rescue control center responsible on-site.

Because in the end, only this will send the ambulance away.

In the event of a real accident, this indirect method wastes valuable time.

German manufacturers use their own services, neglecting 112 eCall

One of the results of the ADAC survey: German manufacturers are still neglecting 112-eCall.

You want to be informed first and accept delays in the submission of life-saving information.

While all importers who responded offer only the pure 112 eCall, which goes immediately to the nearest rescue control center.

112-eCall is also unlimited inactive time, while emergency calls from some manufacturers often have to be paid to be continued, after ten years from the model’ sale.

Who does this, the subscription, on an old machine?

The consequence, however, may also be that in the event of an accident an automatic emergency call will no longer be made because there’s no contract extension.

Consumers know too little about the context mentioned and feel a false sense of security if their car has only the manufacturer’s system.

Data protection concerns are also responsible for the fact that many drivers are sceptical about eCall.

From the ADAC point of view, there is no reason for this.

Practical experience with public emergency call centers of 112 in Germany also confirms that there are always delays in manufacturers’ emergency calls for many reasons.

There are manufacturer’s call centers abroad that close at 8:00 p.m. or there are communication problems with call agents.

It also happens that incident locations transmitted orally can only be assigned incorrectly.

An incorrect number in a GPS entry such as “48.135125 – 11.581981”. (latitude and longitude of Munich’s city center) can cause the accident site to be misidentified by several kilometres.

As a result, the arrival of the emergency services is considerably delayed.

There is also a mixture of formats.

On the contrary, with the “real” eCall, the uniform “Minimum Set of Data” (MSD) is always transmitted to the 112 emergency control center – a short data set including the accident’s exact location.

ADAC: The things lawmakers and manufacturers have to do now concerning 112-eCall

Contagious Coronvirus: What To Say If You Call 112 For Suspected Covid-19 Infection