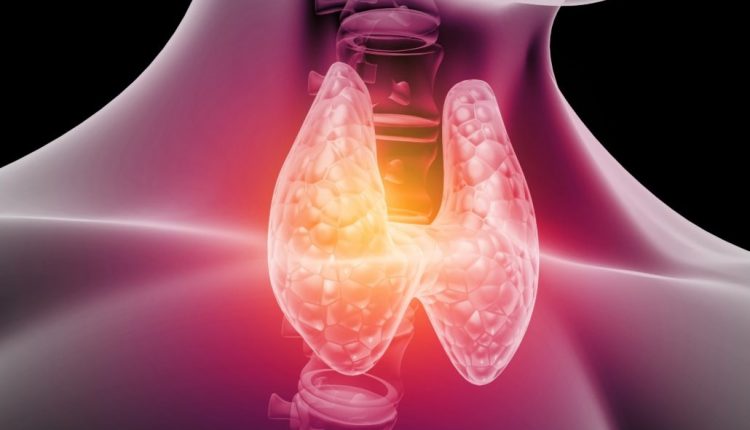 What are the mechanisms that cause Hashimoto’s thyroiditis? It is an autoimmune disease that can be treated, even in pregnancy

“Doctor, I have thyroid, the Japanese one”. It has happened to many endocrinologists to hear this phrase in the clinic.

One might smile if the patient’s words did not express concern about a disease with such an exotic name and which affects an organ that is considered so important.

We are talking about Hashimoto’s thyroiditis, an autoimmune disease that is very common in the population, so much so that about 1 in 20 people suffer from it, with a marked prevalence in the female sex (about 9 out of 10 cases).

What is Hashimoto’s thyroiditis?

Hashimoto’s thyroiditis is a chronic inflammation of the thyroid gland, a small butterfly-shaped gland at the front of the neck, caused by the person’s own immune system.

It is therefore an autoimmune disease, in which the immune system reacts abnormally by attacking and destroying healthy tissues in the body, in this case the thyroid gland, mistakenly recognising them as foreign.

It frequently occurs together with other autoimmune diseases, for example:

What happens to the thyroid

Thyroid tissue is made up of follicles, small sacs, which contain colloid, a glue-like substance from which thyroid cells extract the actual thyroid hormones, namely T4 and, to a lesser extent, T3.

Under the microscope, this tissue resembles the cobblestones in the streets of our medieval towns: varied and harmonious.

In the case of thyroiditis, on the other hand, one sees many lymphocytes, the white blood cells, small cells that are all identical and arranged in compact blocks, infiltrating the thyroid follicles, destroying them and ruining the structure and function of the gland.

As is often the case with this type of disease, there is also a strong family history.

It is not uncommon for parents, grandparents and siblings to be affected.

Another factor contributing to the disease is a lack of iodine, an essential element for the proper functioning of the thyroid gland.

In geographical areas with a low iodine intake, this type of thyroiditis is more frequent.

Paradoxically, however,’ continues the specialist, ‘even excess favours the disease, as in the case of:

Finally, Hashimoto’s thyroiditis is particularly frequent in people with Down’s syndrome and in young women, especially with the appearance of:

Who makes the diagnosis

It is also increasingly common for thyroiditis to be diagnosed following general clinical check-up packages.

The endocrinologist, a specialist in treating thyroid disease, is usually consulted for clinical evaluation and definitive diagnosis.

Hashimoto’s thyroiditis can be diagnosed on an outpatient basis by the specialist, who first performs an examination of the neck.

In most cases, in the case of the disease, the thyroid gland appears

Later, if not already performed, the specialist may request tests to check the TSH, the hormone that indicates thyroid function.

In addition, the values of anti-thyroglobulin (AbTG) and anti-thyroidoperoxidase (AbTPO) antibodies, the so-called “anti-thyroid” antibodies produced abnormally by the immune system and responsible for the onset of the disease, are measured.

They are often dozens of times higher than the maximum normal limit.

An ultrasound scan of the thyroid gland may also be required for diagnosis. This usually shows an inflamed and highly vascularised gland.

The presence of actual thyroid nodules, on the other hand, should not be linked to thyroiditis.

The onset of the disease, in its early stages, does not lead to thyroid malfunction.

It is only when the gland is clearly damaged by inflammation that the free thyroid hormones, T4 and T3, begin to decline.

It is at this point that the history of thyroiditis intertwines with that of hypothyroidism, a disease in which the thyroid gland produces insufficient hormones.

To date, there is no real specific treatment for Hashimoto’s thyroiditis.

However, as in most cases the disease results in hypothyroidism, the treatment involves taking thyroid hormone (levothyroxine), which is often taken permanently.

If taken in the appropriate doses, depending on the individual’s needs, it has no side effects, as it is similar to natural thyroid hormone.

Therapeutic monitoring, which should generally be carried out once a year, is also useful for keeping the progress of the disease under control.

Finally, particular attention should be paid to women who suffer from thyroiditis and would like to become mothers, as they are often frightened by the fact that they will not be able to cope with pregnancy and that the disease may compromise the health of the child.

It should be said at this point that this disease is not in itself a contraindication.

Many patients diagnosed with thyroiditis have normal or minimally impaired thyroid function and, if asymptomatic, generally do not require treatment.

However, it is essential that women who are trying to have children undergo regular monitoring, as the condition can develop into hypothyroidism over time.

In addition, for pregnancy to proceed safely, thyroid function tests should be normal, both during and without hormone therapy.

In the course of the pregnancy, it is also essential that checks become more frequent, especially in the first trimester, when the embryo has not yet developed its own thyroid.

Finally, it is essential to reassure women with Hashimoto’s thyroiditis who are trying to have a baby about the possibility of their disease also damaging their unborn child’s thyroid.

With regular check-ups before and during pregnancy and appropriate treatment, it is possible to limit the risk of these complications.

Surgical Management Of The Failed Airway: A Guide To Precutaneous Cricothyrotomy

Not only COVID-19: what are the most dangerous viruses and bacteria in Bangladesh today?