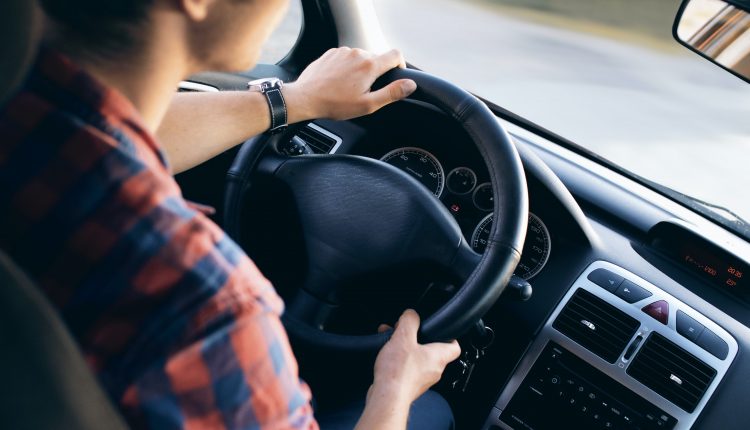 Hesitation when driving: we talk about amaxophobia, the fear of driving

Amaxophobia (from the ancient Greek amaxos, “chariot”) is the disabling fear of driving a vehicle. Clinically, it is possible to classify amaxophobia, in the DSM-5 (American Psychiatric Association, 2015) and in the ICD-10 (World Health Organization, 2011), as a specific phobia of the situational subtype

This is an extremely widespread and also very disabling phobia.

Amaxophobia manifests itself with the typical symptoms of anxiety, from trembling and sweating to panic attacks

The increase in the number of people who habitually drive has made driving one of the activities that many people carry out on a daily basis and at the same time, it has become a stressful activity.

According to some research, amaxophobia is more widespread than one might imagine, affecting around 33% of the population.

According to the MAPFRE institute, in research coordinated by Dr Antonio García Infanzón, 7.2 million Spanish drivers suffer from it, and they express it in very different ways: most, 82%, show a slight feeling of nervousness and anxiety at the wheel, especially in difficult conditions, such as driving at night, during torrential rain, in thick fog or when there are other people, especially children, on board.

According to the research, 6% of Amaxophobes have completely lost their ability to drive. They suffer from a form of ‘paralysing fear’, pure terror, when they sit in the driver’s seat, which is why they have given up their licence and simply get into a car when someone else is driving or, better still, rely on public transport.

The remaining 12% manifest the onset of the disease in other ways.

Research has also shown that the majority of those who suffer from these fears are women, so much so that, in percentage terms, the number of representatives of the fairer sex who express the symptoms of amaxophobia is practically double that of men: 64% compared with 36, and the origin is often due to precise causes due to their different sexuality.

Forty per cent of males are amaxophobic because of a direct event, such as having previously been the victim of a road accident, or because they have lost a loved one on the road; in the case of women, this aetiological reason decreases to 25%.

Other factors are also at stake, such as a lack of self-esteem due to the intolerant attitude of close friends or relatives, such as a father or husband who are very dominant in the relationship and tend to ridicule their daughter’s or spouse’s first driving experiences.

According to another study conducted by the Centro Studi e Documentazione Direct Line, an online car insurance company that is always attentive to the experiences of road users, 68 per cent of Italian drivers admitted to being afraid of driving in particular situations.

The percentage among men is 58 per cent, while among women driving panic is even more widespread: 78 per cent. In short, a significant proportion of Italians have in some cases found themselves in serious difficulty to the point of not feeling up to taking the car out to get around.

What fear of driving drives amaxophobia?

Fear of driving represents a well-defined phobia, i.e. an exaggerated and irrational fear of a specific situation, that of driving, which is not perceived by others as a real danger or as a situation of extreme discomfort or suffering.

The fear of driving can manifest itself at different levels, often distinguished only from a theoretical point of view, since the different expressions of amaxophobia often coexist.

If we examine the situations in which Italians are most afraid of driving, we can see that these are conditions that refer to the lack of control over the surrounding environment (fog 32%, snow 27%, poorly maintained roads 12%, thunderstorms 16%, darkness 8%), agoraphobia intended as the fear of not finding shelter and an escape route (overpasses and viaducts 6%), claustrophobia (tunnels 5%) and separation anxiety (driving alone 3%).

In amaxophobia, specific symbolic situations are circumscribed in which driving is most feared, e.g. there is often a fear of:

In certain circumstances specific events are identified rather than situations that might occur while driving.

When Italians are asked to focus on the roads they fear the most, the top of the list are icy roads, which terrify 62 per cent of Italian drivers, followed, at a distance, by the atavistic fear of the dark (19 per cent), winding mountain roads (17 per cent), claustrophobic roads with heavy traffic (15 per cent), isolated roads (13 per cent), while hairpin bends and tunnels make 12 per cent of the sample shake in their boots.

This is frustrated by overprotective experiences that can reduce the possibility of developing a sufficient sense of mastery and control over the surrounding situations (Bowlby J., 1989).

This is often the result of experiences of prohibition that have occurred in a socio-familial environment full of excessive prohibitions/protections, which are offered in the form of “injunctions” adopted to educate and which begin with “do not…” or which support, in a more or less obvious way, the parental desire and the consequent invitation to “not grow up” (Berne E., 1972). (Berne E., 1972).

A second aspect that hides behind amaxophobia is the excessive negative conception of the other driving (or simply on the road).

In this sense, people driving or simply passers-by can be conceived as potentially dangerous for one or more reasons related to prejudice.

In more extreme cases the underlying inner experience that structures and guides driving behaviour is that ‘dangers are everywhere’, which explains how amaxophobia often evolves into agoraphobia or is associated with it.

In other cases, driving phobia seems to be reinforced by a third psychological ingredient: insecurity and low esteem in one’s ability to handle most ordinary or extraordinary driving-related situations (e.g. roadblocks, parking spaces, possible accidents or disputes, etc.).

Diagnosis and treatment of amaxophobia

The diagnosis of amaxophobia falls within the category of “specific phobias” and is more often found in women, presumably because female psychological development can be affected by widespread cultural prejudices that can make it more difficult to break free and achieve full psychic autonomy, without experiencing feelings of guilt or insecurity.

In some cases it can also be useful to use some technological tools, such as the virtual reality simulator (also present in some driving schools).

– Weatherstone M., 2013, How to Successfully Treat and Overcome Driving Phobia by Yourself, Kindle Edition.

With Orion at Reas 2021, Maxima reaches its peak: 'double objective, endurance and versatility