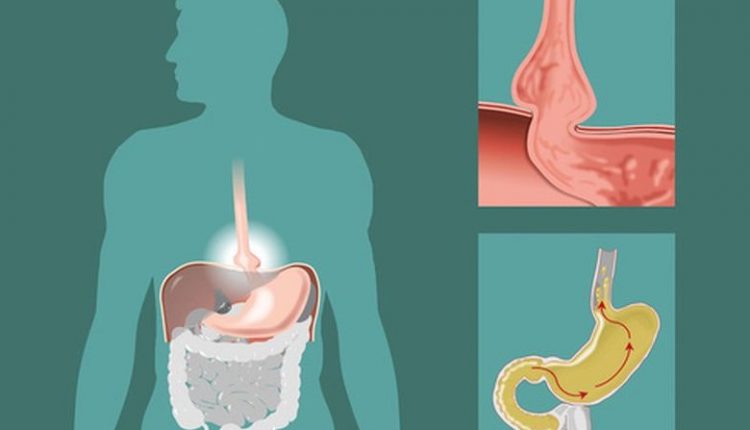 Hiatal hernia: what it is and how to diagnose it

Gastroesophageal reflux disease? They may depend on a hiatal hernia, which is often difficult to diagnose

A hiatal hernia is the anatomical cause of the symptoms of gastroesophageal reflux disease (i.e. the rising of gastroduodenal secretion into the oesophagus).

Sometimes, before arriving at a correct diagnosis, the patient runs the risk of carrying out a multitude of examinations, often unnecessary.

So what are the symptoms that indicate a hiatal hernia?

Hiatal hernia: what does it consist of and what are the symptoms?

What is a hiatal hernia?

There are some patients with typical reflux symptoms who have only an incompetence of the oesophago-gastric sphincter, i.e. a weakness of the valve between the oesophagus and the stomach.

More often, this incompetence is associated with a more or less large portion of the stomach rising above the diaphragm, which is called a hiatal hernia.

This rise leads to the anatomical loss of an angle, known as the angle of His, which facilitates the onset of reflux and the appearance of associated symptoms.

The symptoms can be divided into

The retrosternal burning or heartburn and regurgitation of acidic material are classified as typical symptoms, while chest pain (which can mimic a heart attack), coughing, asthma, recurrent bronchitis, hoarseness and a feeling of a lump in the throat are atypical symptoms.

Types of hiatal hernia and their symptoms

Anatomically, hiatal hernia is classified as:

Hiatal hernias can be small (2 or 3 centimetres) or they can be larger and involve a large part of the stomach.

In addition to the typical symptoms that may still be present, the patient may also report other complaints, the most common of which are:

Dysphagia due to hiatal hernia

The dilation of the ‘gastric pouch’ can cause a retrosternal sense of weight and induce episodes of vomiting.

In addition, as the size of the hernia increases, the stomach may rotate on its axis, which is called gastric volvulus.

In addition to accentuating the vomiting episodes, this may cause gastric ischaemia, particularly in the mucous membrane, with the possibility of digestive haemorrhage.

Anaemia may develop over time because the mucous membrane of the stomach suffers from the fact that it resides in a cavity with negative pressure such as the thoracic cavity, so microhaemorrhagic gastritis or small ulcerative lesions of the mucous membrane with a tendency to bleed may occur.

These haemorrhages are not of an acute nature, with significant and rapid blood loss, but are chronic oozing that can bring the patient’s haemoglobin to very low levels compared to normal, leading to fatigue and weakening.

The tachycardia is related to the fact that the herniated stomach, which dilates postprandially, rests on the pericardium, irritating it and causing tachycardia and sometimes arrhythmias.

Diagnosis and treatment of hiatal hernia

How is a hiatal hernia diagnosed?

A hiatal hernia can be diagnosed with an X-ray of the upper digestive tract, which uses a contrast medium that is swallowed by the patient and allows the progression in the oesophagus-stomach and first tract of the small intestine to be studied in real time.

For further diagnostics, we usually perform:

In large hiatal hernias, traditional diagnostic tests such as pH-impedance analysis and oesophageal manometry, which are essential for a surgical approach to reflux disease, are not usually necessary.

The aim of surgery is to reposition the stomach in its original location, i.e. in the abdomen, thereby resolving the mechanical obstruction.

In the case of large hernias, the placement of a prosthetic mesh is usually required to reinforce the suture on the diaphragmatic pillars; finally, a 270 degree posterior anti-reflux plastic is made according to Toupet.

This operation requires a hospital stay of about 2 to 3 days, depending on the patient’s age and comorbidities. Patients immediately resume a regular diet.

These are delicate operations, the success of which depends not only on adequate patient selection but also on the experience of the operators, and must therefore be performed in highly specialised centres.

An amino acid to reduce respiratory assistance in Covid patients: study from the Federico II University of Naples

Finger Twitching: why it happens and remedies for tenosynovitis