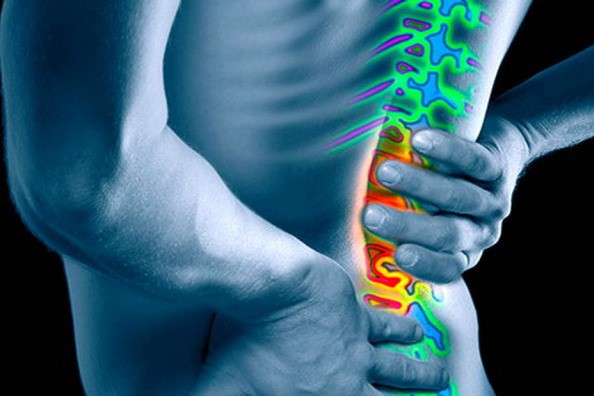 How to survive the witch's stroke: discovering acute low back pain

Witch’s stroke (or shot) is a term used to describe acute low back pain. Its etymology, which dates back to medieval times, is very curious: it seems that witches who practised black magic were able to immobilise men who bowed while making the hand-kissing gesture

This is normally an episode of functional blockage in the lumbar region caused by sudden pain that sometimes occurs without a specific cause.

How to learn to distinguish it and, consequently, to treat it?

The causes of witch’s shot can be many and sometimes secondary to existing conditions.

It can be triggered by lifting a weight, or by functional overload; sometimes it can occur in patients who are completely asymptomatic and who are perhaps, at that moment, carrying out activities that are not stressful and not excessively demanding, even from the point of view of physical effort.

Quite simply, there are situations in which the patient gets stuck even lifting a simple sheet of paper!

Normally, the correlation with lifting a weight is the most frequent and most obvious cause.

However, even in asymptomatic people with a particularly sedentary lifestyle, who are subjected to continuous but minor strain, it is possible that there is an accumulation of strain that can suddenly lead to a functional block, i.e. witch’s shot.

Witch’s stroke affects both men and women in the same way, although chronic low back pain is certainly more frequent in women, while acute low back pain, not being linked to a specific pathology, can sometimes be found in both sexes.

The target age group most affected is certainly adults (20 years and over).

The symptomatology of witch’s shot is a stabbing pain in the lower back that prevents movement.

If it does not radiate to the legs, it tends to involve a localised sensation of pain in the lower back that prevents movement and causes a functional block.

If it begins to radiate to the lower limbs it may be a witch’s blow associated with a herniated disc.

True witch’s blow normally inhibits movement so much that even sitting becomes a problem and the patient is forced to find the most comfortable antalgic postures that allow him to feel as little pain as possible.

Sometimes, the pain is so intense that the person becomes immobile, preventing them from performing any kind of activity.

How to diagnose witch’s stroke

For the diagnosis of witch’s shot, the patient can be spared instrumental investigations if low back pain is present:

If acute low back pain is the result of chronic low back pain, rather than frequent recurrences, instrumental investigations become absolutely necessary.

In that case, if the symptoms remain localised to the lumbar region, there is no radicular symptomatology or the pain resolves with specific therapies, it is possible to postpone the possibility of proceeding with an MRI; on the contrary, if the irradiation affects the leg or groin, at that point one proceeds with the MRI.

The diagnosis is therefore mainly clinical with the aid of instrumental diagnostics with the objectives of:

How to treat witch’s stroke

From the point of view of therapy, a course of anti-inflammatory drugs combined with muscle relaxants must be started immediately, which often resolves the symptoms within a few days.

When this does not happen, it is necessary to carry out more detailed instrumental investigations and, if necessary, undergo physical therapies such as massage therapy, tecar therapy or laser therapy which, in these cases, have the task of removing the inflammation and reducing the muscular contracture that sustains the witch’s blow.

They are therefore therapies that act on the symptom and are carried out in the phase of progressive resolution or chronicisation of the situation.

Idiopathic Scoliosis: What It Is And How To Treat It

What is Psychological First Aid (PFA)? The importance of mental support in trauma victims