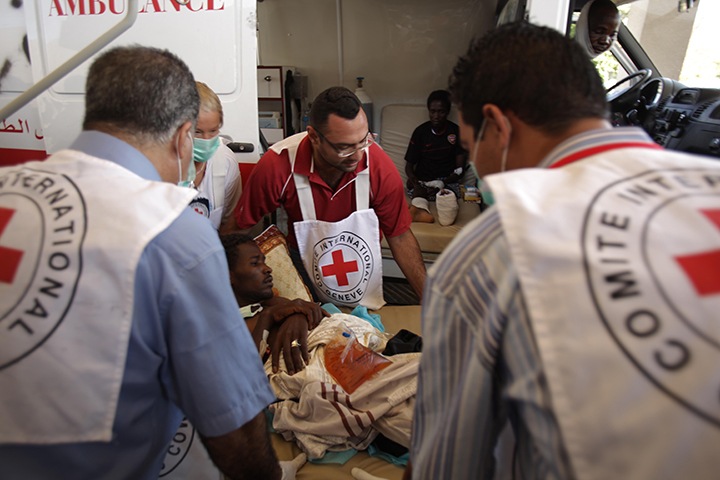 Is really possible to set a better protection for the aid workers?

IRIN News, the global news magazine about humanitarian operations, published an interesting article during the World Humanitarian Day, talking about the aggression and killing of aid workers all around the world.

A problem that grew in the past 10 years more rapidly than every solution that ONG could apply.

Around 7am on an August morning in 2006, the doors of Action Against Hunger’s compound in Sri Lanka swung open. Startled, the 17 aid workers were lined up against a wall. If they protested that they were providing assistance to all sides, regardless of politics, it made no difference. One by one, all 17 were executed: shot in the head. Many were still wearing t-shirts embroidered with the ACF logo.

Across the globe, attacks on aid workers are a major problem. In 2004, there were 63 attacks affecting 125 people. By last year, those numbers had nearly trebled to 190 and 329, according to the Aid Workers Security Database.

Prosecutions of those responsible are few and far between. No official statistics exist, but all the experts IRIN spoke to agreed that the number of investigations into aid worker attacks that result in conviction is negligible.

The murderers of those 17 Action Against Hunger (ACF) staff have never seen their day in court. A number of reports have implicated government security forces, but an official inquiry remains open.

“There is a culture of immunity,” said Pauline Chetcuti, humanitarian advocacy advisor at ACF.

Last year, shortly after World Humanitarian Day – commemorated annually on 19 August – the United Nations Security Council adopted a resolution condemning all attacks on aid workers and calling on all parties to allow humanitarians full access to those in need.

UN relief appeals for halt in attacks on humanitarian…

Aid workers in Lybia, evacuation start from Tripoli and…

Prevention and Management of Needlestick Injuries in Health Care Settings

Frederick, the friendly Paramedic who teach kids about EMS

Cervical dysplasia: what are the risk factors and how to treat it