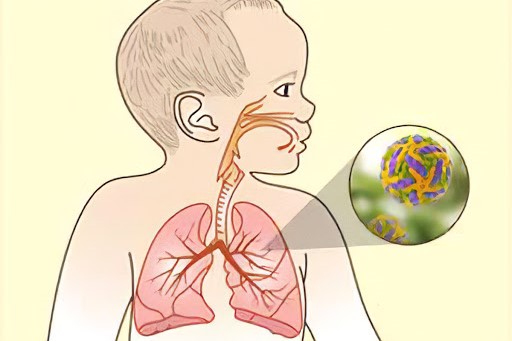 Never before has the importance of prevention, and in particular the prevention of respiratory viruses that can lead to serious complications even after a long time, been more widely realised than in this pandemic period.

Despite this increased awareness, there are still some highly contagious and dangerous diseases for which there is an urgent need to put in place corrective measures aimed at greater containment and better management.

During the Web Conference organised by MA Provider, thanks to the unconditional contribution of Sanofi Pasteur, a paper was presented, developed by a multidisciplinary group of experts, which contains an assessment of the real impact of VRS on the child population and on the healthcare system and indicates a series of strategies to improve prevention and management of the virus.

Raffaele Mautone, Paediatrician: ‘Respiratory syncytial virus is the leading cause of hospitalisation in children under one year of age’

“Respiratory syncytial virus is the leading cause of hospitalisation in children under one year of age.

As is well known, the effects of VRS infection can also have important repercussions later in life, especially the recurrent bronchoreactivity or wheezing that are observed in children in the first years of life,” says Senator Raffaele Mautone, paediatrician, 12th Commission for Hygiene and Health, Senate of the Republic; Interparliamentary Commission for Childhood and Adolescence.

Due to the health emergency, linked to Covid, many prevention activities have been suspended or delayed, but it has been demonstrated that the precautionary and protective measures that are taken in the first 1000 days, which are those of maximum growth, but also of extreme vulnerability, are crucial for the future development of the child.

It is necessary to encourage, through an integrated approach, involving parents, health workers, administrators and legislators, the creation of a “functional network” to achieve maximum protection of children’s health”.

The pandemic has highlighted the criticalities of our health system and has made it clear that childhood is often treated as a secondary need, when in fact it is a priority,” says Paolo Siani, XII Commission for Social Affairs, Chamber of Deputies; Interparliamentary Commission for Childhood and Adolescence.

We have worked hard to ensure that the PNRR includes a chapter entirely devoted to childhood, and this will allow us to plan specific interventions aimed at prevention and children’s health.

The respiratory syncytial virus is one of those viruses that strikes mainly in the first year of life and can have very important consequences on a child’s development and physical and mental well-being.

Investing in childhood prevention of such a dangerous virus is the only way to make the national health system sustainable by avoiding most of the diseases and complications of later adulthood”.

Respiratory Syncytial Virus (VRS), classified as a pneumovirus, is the pathogen most frequently responsible for respiratory infections in children up to 2 years of age

It causes a wide range of clinical manifestations, including upper and lower respiratory tract infections, the most common of which is bronchiolitis.

Almost all children are infected with VRS at least once by the age of two, and 50% of these may become infected a second time.

The main factors determining the risk of paediatric VRS hospitalisation are birth during the virus circulation season, in Italy between November and April, and being less than 7 months old at the beginning of the VRS season, in Italy in November.

It has been estimated that, for the year 2015 alone, there were approximately 33.1 million episodes of VRS lower respiratory tract infections (LRTIs) in children under 5 years of age worldwide, about 3.2 million hospitalisations and almost 120 thousand deaths.

VRS is still responsible for the majority of hospitalisations in paediatrics and the infection caused by it, especially in children under two years of age, is often a disease that may require semi-intensive and intensive care,” says Prof. Alberto Villani, Past President of the Italian Society of Paediatrics, Director of the Department of Emergency and Acceptance, Head of the Complex Operative Unit for General Paediatrics, Unit for Pathogenesis Research and Innovative Therapies in Infectious Diseases, Bambino Gesù Paediatric Hospital.

Moreover, it should not be forgotten that a VRS infection in the first two years of life can not only be dangerous for the child’s life, but also represents an unfavourable event for the healthy and harmonious development of the respiratory system.

Epigenetics has shown that anything that interferes with development, especially of the respiratory system, has consequences not only in childhood but also in later adulthood.

Hence the enormous value of preventing this virus in all children in the first 1000 days of life’.

To date, there is no tool to prevent VRS in all children in the first year of life, nor do we have an effective therapy available for paediatric VRS, and the only possible treatment is mostly symptomatic relief and possible respiratory support.

A major step forward has been made with monoclonal antibodies, which allow the prevention of severe lower respiratory tract disease.

However, there are currently restrictions related to the population setting indicated, the duration of protection provided and the cost of administration.

To date, available monoclonal antibodies are only indicated for preterm infants (=35 weeks’ gestation) and those with severe pathological conditions, while the protection conferred by a single dose lasts for about one month, thus necessitating monthly doses during the epidemic season.

“The adverse effects of acute VRS infection are well known in clinical practice and make the importance of prevention increasingly apparent.

The approach currently used provides prophylaxis for a small percentage of infants and children, while ignoring the serious acute and chronic consequences that VRS can cause in all the others,” says Prof. Fabio Mosca, President of the Italian Society of Neonatology SIN; Director of Neonatology and Neonatal Intensive Care Unit, Fondazione IRCCS Cà Granda Ospedale Maggiore Policlinico.

The availability of new therapeutic approaches to extend cost-effective prophylaxis to all newborns in the run-up to the VRS epidemic season may represent a further significant improvement in neonatal and paediatric care.

Having new solutions available that are more durable and powerful in terms of protection would allow not only better protection of the child population, but also easier management of patients and savings in resources for the National Health System”.

For affected families, VRS hospitalisation is associated with significant losses in terms of time, finances and productivity; VRS infection is responsible for a considerable number of outpatient and primary care visits with an economic impact similar to that of hospitalisation.

Moreover, in addition to the healthcare costs of acute illness, VRS is also associated with a significant economic burden due to the long-term consequences of infection, such as the need for follow-up visits and possible subsequent hospitalisation.

The synthesis work contained in the paper starts from an extremely relevant point, namely that prevention, as amply demonstrated by recent studies (WHO, 2020), can also improve economic sustainability.

The current management of VRS infections is impacted by partial coverage of at-risk groups, by hospitalisations (both inpatient and outpatient admissions to intensive care units) and by high costs,’ says Prof. Francesco Saverio Mennini, President of the WHO.

Francesco Saverio Mennini, Director, Centre for Economic Evaluation and HTA (EEHTA), Faculty of Economics, University of Rome ‘Tor Vergata’ and SiHTA President – Respiratory syncytial virus causes negative effects both in terms of economic management for the health system and in terms of economic impact for caregivers and the welfare system as a whole (direct costs and indirect costs).

The working group therefore considers it essential to provide early immunisation for all children born during the VRS season and for all children who are less than 7 months old at the start of the season.

This strategy would lead to a reduction in hospitalisations for VRS bronchiolitis in all children in the first year of life and consequently reduce the healthcare resources currently required for hospital and community management, while also significantly reducing indirect costs.

Vaccine, Italian Paediatricians’ Decalogue On Administering Vaccines To 12-16 Year Olds: Here Are The Indications For Parents

Covid, Ok Vaccine For Rheumatology Patients, But With Caution: Here Are The 5 Recommendations Of Paediatricians

Emergency Museum, the origins of the brass firefighter helmet / Part I