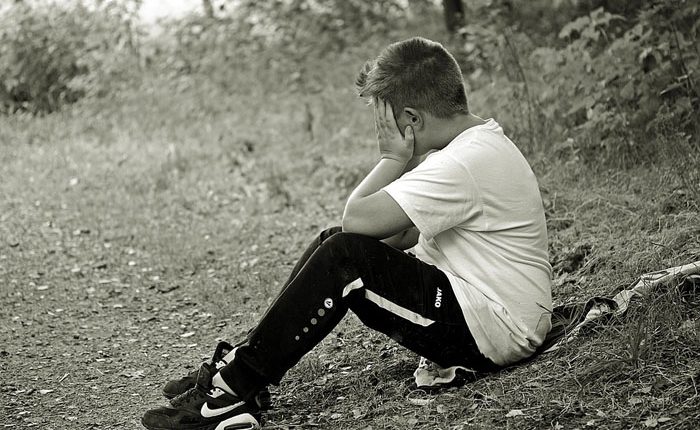 Paediatrics / Children and migraine: no food is forbidden, but watch out for being overweight

Children and migraine: Bambino Gesù researchers have analysed the scientific literature on the relationship between diet and paediatric migraine, debunking some false myths. The research was published in Nutrients

About 10% of the paediatric population suffers from migraine.

Dietary factors are among the triggers for migraine attacks.

However, there is no one-size-fits-all list of prohibited foods.

Only the verification of a relationship between the intake of a certain food and the occurrence of headaches in individual patients can give rise to this suspicion.

This is the conclusion reached by the researchers of the Department of Neuroscience of the Bambino Gesù Children’s Hospital who examined the existing scientific literature on the subject to date and debunked some false myths.

The results were published in the international journal Nutrients.

THE HEALTH OF OUR CHILDREN: PAEDIATRIC MIGRAINE

Paediatric migraine has a genetic origin.

In around 5% of children who suffer from it, a chronic form can develop, which has a significant impact on quality of life in terms of missing days of school (in the most severe cases, even entire school years) and suspending leisure activities such as sports.

Many factors can trigger an attack of headache or increase its frequency and severity.

In paediatric age, emotional factors such as school stress or anxiety or depression resulting from family situations are very important. Some foods are also under indictment.

In fact, it has never been proven that chocolate intake can trigger a migraine attack.

Provocative’ studies – i.e. feeding the food in order to provoke a migraine attack – have been negative.

The same applies to sodium glutamate, which is used in Chinese cuisine. It is often referred to as ‘Chinese restaurant syndrome’, meaning the onset of a migraine attack after such a meal, but there is no scientific evidence that the administration of glutamate can cause headaches.

In some studies, glutamate was given with food to some subjects and not to others.

Contrary to what might have been expected, headaches did not occur more frequently in the former than in the latter, effectively disproving the causal role of this substance in migraine attacks.

For sweeteners, on the other hand, there is essentially no data: there are no scientific studies that can confirm their role as triggering factors for migraine attacks.

The situation is different for caffeine and alcohol (the latter specifically for adults), whose possible role in triggering migraine attacks is better documented.

Regarding caffeine in particular, not only excessive consumption, but also rapid withdrawal can trigger a headache.

It has been calculated that withdrawal of caffeine can cause headaches in about half of all subjects.

A scientific study of a large number of migraine sufferers assessed the proportion of people who reported a close relationship between caffeine intake or caffeine withdrawal and headaches.

Up to about one third of the respondents gave a positive answer.

In the case of young people it is especially important to consider that caffeine is present in some carbonated drinks.

According to the Bambino Gesù researchers it is wrong to remove these foods from all children or adolescents suffering from migraine.

It is not possible to predict that in an individual patient a series of foods can trigger a migraine attack.

Rather, says Massimiliano Valeriani, head of the neurological department who coordinated the research, “ask the family to check whether there is a constant relationship between the intake of a certain food and the appearance, in a short interval, of headaches.

Only if this is the case can the specific food be removed from the diet.

In addition, migraine children are often tested for allergies and intolerances to foods such as tomatoes, seeds (hazelnuts, peanuts), lactose, nickel, gluten, which have nothing to do with migraine.

MIGRAINE AND OBESITY AMONG CHILDREN

Obesity may worsen the severity of migraine.

In a previous study conducted by neurologists at the Bambino Gesù, it was shown that a high frequency of migraine attacks (more than 5 per month) affects about 65% of overweight children compared with 35% of normal-weight children.

Scientific evidence therefore suggests that a low-calorie diet should be introduced in obese migraine children.

It is also advisable for the child with migraine to take care of his or her diet by avoiding the excessive use of high-calorie foods, which can make him or her gain weight.

Researchers also addressed the issue of nutraceuticals (i.e., food supplements of natural origin such as magnesium or feverfew), which are widely used in paediatric migraine therapy.

There is no firm scientific evidence that these substances can be useful, but they certainly have no side effects.

As there are studies (but on fairly small numbers of patients) suggesting their possible efficacy, the advice is to consider the possible use of nutraceuticals in younger children or where the side effects of drugs are feared.

Italy, Pediatricians Warn: ‘Delta Variant Puts Children At Risk, They Must Be Vaccinated’