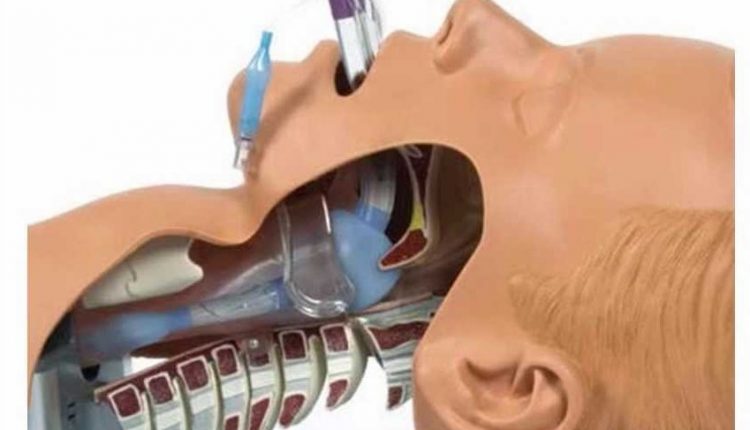 Drug-eluting endotracheal tubes: in a proof-of-concept study, researchers at Children’s Hospital of Philadelphia (CHOP) have created a coating that can be applied to endotracheal tubes and release antimicrobial peptides that target infectious bacteria with specificity

The intention with these endotracheal tubes is to reduce bacterial inflammation

The innovation could reduce upper-airway bacterial inflammation during intubation, a situation that can lead to chronic inflammation and a condition called subglottic stenosis, the narrowing of the airway by an accumulation of scar tissue.

Study on innovative endotracheal tubes: the findings were published recently in the journal The Laryngoscope

“We have created a novel device to modulate the upper-airway microbiome, which could be used to prevent bacterial infections during intubation and help prevent subglottic stenosis and other airway diseases,” said senior study author Riccardo Gottardi, PhD, Assistant Professor of Pediatrics and head of the Bioengineering and Biomaterials Laboratory at CHOP.

“Not only does this technology work predictably and continuously over the normal duration of chronically intubated patients, but it is also fast and easy to produce and could easily be modulated to target any bacteria of interest.”

Recent studies have shown that the endotracheal microbiome of intubated patients with subglottic stenosis is unbalanced.

However, addressing the overgrowth of certain bacteria with conventional antibiotics is not ideal, as their use can disrupt the balance of both “good” and “bad” bacteria, while also causing antimicrobial resistance.

Instead, the investigators explored the use of antimicrobial peptides (AMPs), which are small proteins that destabilize bacterial membranes, causing bacterial cells to fall apart and die.

This mechanism of action allows them to target specific bacteria and makes them unlikely to promote antimicrobial resistance.

Prior studies have shown that it is possible to coat endotracheal tubes with conventional antibiotics, so the research team investigated the possibility of incorporating AMPs into polymer-coated tubes to inhibit bacterial growth and modulate the upper-airway microbiome.

The researchers, led by Matthew Aronson, a graduate student in Penn Engineering’s Department of Bioengineering, tested their theory by creating a polymer coating that would release Lasioglossin-III, an AMP with broad-spectrum antibacterial activity.

They found that Lasio released from coated endotracheal tubes, reached the expected effective concentration rapidly and continued to release at the same concentration for a week, which is the typical timeframe that an endotracheal is used before being changed.

The investigators also tested their drug-eluting tube against airway microbes, including S. epidermidis, S. pneumoniae, and human microbiome samples and observed significant antibacterial activity, as well as prevention of bacterial adherence to the tube.

Endotracheal Intubation In Paediatric Patients: Devices For The Supraglottic Airways

Moderna: 'Vaccine efficacy drops by 6% every two months after completing the cycle'

Tourniquet, a study in Los Angeles: 'tourniquet is effective and safe'