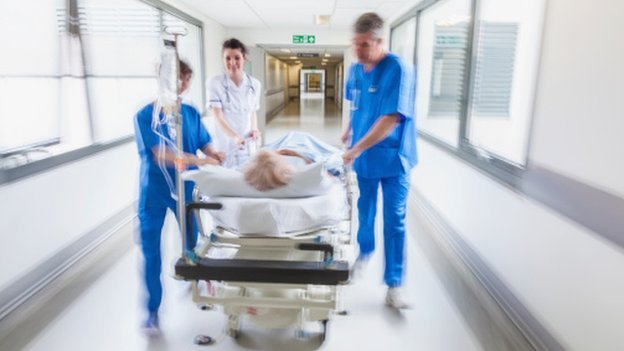 The NHS in England has missed its four-hour A&E waiting time target with performance dropping to its lowest level for a decade, figures show.
From October to December 92.6% of patients were seen in four hours – below the 95% target.

The performance is the worst quarterly result since the target was introduced at the end of 2004.
The rest of the UK is also missing the target and a number of hospitals have declared “major incidents” recently.

This signifies they are facing exceptional pressures and triggers extra staff being called in and other steps, including cancelling non-emergency care, such as routine operations.