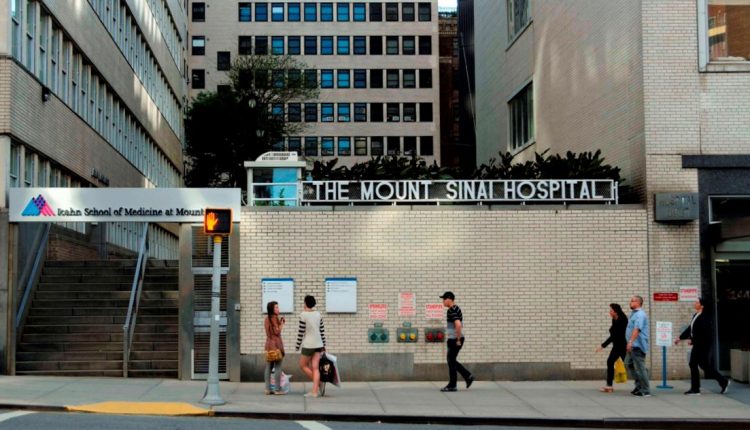 Covid-19 and Young people: results from more than 3,000 Marines suggest vaccination remains crucial even in young adults who were previously infected

Antibodies induced by infection with SARS-CoV-2, the virus that causes COVID-19, do not completely protect young people against reinfection

This is evidenced through a study of more than 3,000 young, healthy members of the U.S. Marine Corps conducted by researchers at the Icahn School of Medicine at Mount Sinai and the Naval Medical Research Center, published Thursday, April 15, in The Lancet Respiratory Medicine.

“Our findings indicate that reinfection by SARS-CoV-2 in healthy young adults is common,” says Stuart Sealfon, MD, the Sara B. and Seth M. Glickenhaus Professor of Neurology at the Icahn School of Medicine at Mount Sinai and senior author of the paper.

“Despite a prior COVID-19 infection, young people can catch the virus again and may still transmit it to others.

This is an important point to know and remember as vaccine rollouts continue”.

Young people should get the vaccine Covid-19 whenever possible, since vaccination is necessary to boost immune responses, prevent reinfection, and reduce transmission

The longitudinal, prospective study, conducted between May and November 2020, found that nearly half of the Marines who had not previously experienced SARS-CoV-2 infection tested positive at some point during the period.

But so did 10 percent of participants who had previously been infected with SARS-CoV-2, indicating that they are still at risk of reinfection, even though the risk is lower in that group.

The study population consisted of 3,249 predominantly male, 18-20-year-old Marine recruits who, upon arrival at a Marine-supervised two-week quarantine prior to entering basic training, were tested for SARS-CoV-2 antibodies.

This showed whether they had been infected sometime in the past (“seropositive”) before arrival at the Marine base.

At the beginning, middle, and end of the quarantine period, they were also tested for active SARS-CoV-2 infection using polymerase chain reaction (PCR), the standard and very accurate testing mode that shows whether a person is currently infected.

Those who tested positive during the quarantine period were excluded from the study.

Once the Marines left quarantine and entered basic training, they were tested for infection three times a week by PCR for the duration of the study.

Recruits who tested positive for a new COVID-19 infection during the study were isolated and the study team followed up with additional testing.

Of the 2,346 Marines followed long enough for this analysis of reinfection rate, 189 were seropositive and 2,247 were seronegative at the start of the study.

Across both groups of recruits, there were 1,098 (45 percent) new infections during the study.

Among the seropositive participants, 19 (10 percent) tested positive for a second infection during the study.

Of the recruits who were seronegative, 1,079 (48 percent) became infected during the study.

To understand why these reinfections occurred, the authors studied the reinfected and not-infected participants’ antibody responses.

They found that, among the seropositive group, participants who became reinfected had lower antibody levels than those who did not become reinfected.

Comparing new infections between seropositive and seronegative participants, the authors found that viral load (the amount of measurable SARS-CoV-2 virus) in reinfected seropositive recruits was on average only 10 times lower than in infected seronegative participants, which could mean that some reinfected individuals could still have a capacity to transmit infection.

The authors note that this will need further investigation.

The authors note some limitations to their study, including that it likely underestimates the risk of reinfection in previously infected individuals because it does not account for people with very low antibody levels following their past infection.

They strongly suggest that even young people with previous SARS-CoV-2 infection be a target of vaccination since efforts must be made to prevent transmission and prevent infection amongst this group.

This work was supported by the Defense Health Agency through the Naval Medical Research Center and the Defense Advanced Research Projects Agency.

COVID-19 In India, From Villages Millions Of Young People With Facemasks For Applying In Colleges

Covid-19 and reopening, Washington University researchers are designing detectors for SARS-CoV-2 in the air

Paroxysmal positional vertigo (BPPV), what is it?