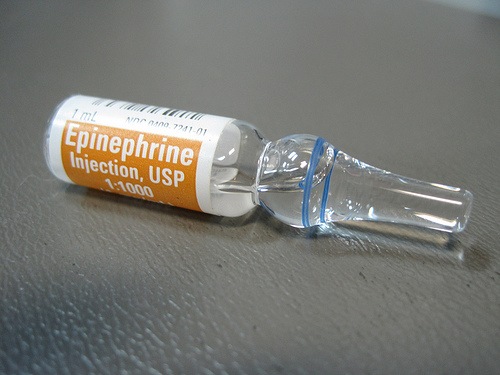 Questioning the Use of Epinephrine to Treat Cardiac Arrest

“A properly evaluation of the role of epinephrine drug therapy during cardiac arrest now seems necessary”. This is the question that Clifton W. Callaway, MD, PhD publish in his editorial column on the Journal of American Medical Association in 2012.

The most exciting scientific progress occurs when new research challenges conventional wisdom. Even when a medical practice is founded on less-thanperfect scientific data, testing of an established therapy is nearly impossible to justify unless compelling new data lead to questioning of standard care.1 One example is the use of epinephrine, which has been a cornerstone of cardiac resuscitation and advanced cardiac life support since the 1960s. In this issue of JAMA, the report by Hagihara et al, based on one of the largest observational databases of cardiopulmonary resuscitation (CPR) ever assembled, challenges the role of epinephrine drug therapy during cardiac arrest.2 These new data suggest that epinephrine use may be associated with lower survival and worse neurological outcomes after cardiac arrest. The original rationale for the use of epinephrine was that this drug increases aortic blood pressure and, thus, coronary perfusion pressure during chest compressions in animals.3,4

When CPR does not generate coronary perfusion pressure greater than 15 to 20 mm Hg, return of cardiac mechanical activity rarely or never occurs.5 The ability of epinephrine to increase coronary perfusion pressure during CPR has been confirmed in humans.6 Thus, administering epinephrine during CPR increases the probability of restoring cardiac activity with pulses, which is an essential intermediate step toward long-term survival. The original studies in the 1960s in dogs defined the standard 1-mg dose of epinephrine that has been used with no weight adjustment or interspecies comparison for adult patients ever since.3,4
Restoring pulses after cardiac arrest appears to be an immediate step toward recovery but does not guarantee good patient outcomes. During the last decade, induced hypothermia and integrated plans of care have increased the proportion of patients hospitalized after CPR who survive to hospital discharge.7 These experiences have raised expectations that resuscitation therapies should improve not just short-term outcomes such as return of pulses but also longerterm and patient-centered outcomes such as functional status and quality of life.8 The study by Hagihara et al surpasses many prior reports by having complete 1-month survival and functional status data, measured by Cerebral Performance Category (CPC) and Outcome Performance Category (OPC). The CPC and OPC ordinal scales describe the global functioning of patients. Patients with CPC or OPC scores of 1 or 2 can return to their lives and families, whereas patients with CPC or OPC scores of 3 or higher require long-term care and may not even be conscious.

RNLI locate and rescue a man in Howth - VIDEO

HEMS on Target: takeoff lesson from your garden