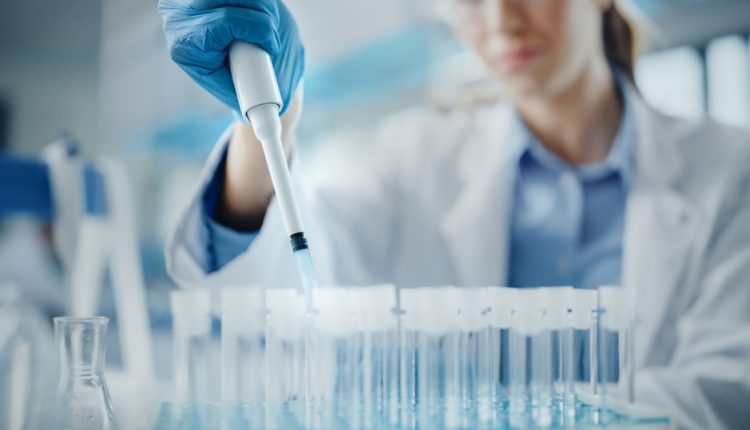 Erdheim-Chester disease: a group of researchers from San Raffaele Hospital shed new light on the inflammatory nature of the disease, paving the way for new treatment strategies

There are around 700 confirmed cases worldwide, and its manifestation is complex: it is difficult to recognise and diagnose, as well as to treat because available therapies have debilitating side effects.

In a study published in the prestigious journal Blood, an international team of researchers and physicians led by Giulio Cavalli, immuno-reumatologist at the Immunology, Rheumatology, Allergy and Rare Diseases Unit of the IRCCS Ospedale San Raffaele, has helped to unravel the mechanism behind the cytokine storm that occurs in patients.

The discovery, which makes it possible to better link the two faces of the pathology, tumour and inflammation, opens the way to new therapeutic approaches.

What is Erdheim-Chester disease?

The correct term to describe it is “inflammatory myeloid neoplasia” and it is in fact a clonal disease, i.e. caused by an abnormal growth of a cell population: in particular, in patients with Erdheim-Chester, due to certain malignant mutations, myelomonocytic cells (a type of immune cells) proliferate and infiltrate various tissues.

As virtually every tissue in the body can be affected, the disease has highly variable symptoms.

The worst prognosis is cardiovascular, pulmonary and central nervous system.

“However, the neoplastic and invasive aspect of the disease is only one side of the coin,” explains Giulio Cavalli.

Many of the symptoms observed in patients are not so much caused by the proliferation of myeloid cells as by the inflammation these cells cause, which can damage tissues and organs to the point of compromising their vital functions if left untreated.”

Myeloid cells include macrophages, cells of the immune system that play a key role in the innate immune response.

In the case of Erdheim-Chester disease, these cells behave dysfunctionally and release large amounts of cytokines into the blood and affected tissues, producing a severe state of inflammation.

The role of the BRAFV600E mutation in Erdheim-Chester disease

Understanding why this happens and what mechanism links the disease-causing mutations to the pro-inflammatory activation of myeloid cells is key to developing new therapeutic approaches.

It is with this aim in mind that the group of doctors and researchers coordinated by Giulio Cavalli has focused on studying the oncogenic mutation that is most often present in diseased cells, called BRAFV600E.

This is a mutation common to many other types of tumour, including melanoma, and for which targeted anti-tumour drugs have been developed.

“These drugs are also the first line of treatment for Erdheim-Chester disease and are very effective in containing its progression. The problem is that they are also very toxic,” explains Cavalli.

This is a major problem, especially for a chronic disease like Erdheim-Chester, which patients have to live with for dozens and dozens of years.

This is why research cannot stop, especially into the inflammatory mechanisms of the disease, which are still poorly understood.

The discovery of researchers at San Raffaele in Milan

By studying cells taken from patients with Erdheim-Chester and from healthy donors, the San Raffaele group has discovered that the BRAFV600E mutation, in addition to being a pro-tumour mutation (i.e. capable of promoting uncontrolled cell proliferation), is also a mutation capable of activating a metabolic and inflammatory programme in macrophages that should only start after a viral or bacterial infection.

“In this study we show that the BRAFV600E mutation is directly responsible for the immunometabolic and inflammatory activation of myeloid cells: by introducing it, through genetic engineering techniques, into macrophages originating from the blood of healthy donors, we were able to reproduce in these cells inflammatory behaviour similar to that observed in Erdheim-Chester’s disease,” explains Raffaella Molteni, researcher in Dr. Cavalli’s team and first author of the study.

This discovery could have major implications in the near future.

There are in fact drugs, some of which are already available, potentially capable of interfering with macrophage activation (one of these, called 2DG, is being developed by Alessandra Boletta’s group, also here at the San Raffaele Hospital, for the treatment of an entirely different pathology: polycystic kidney).

“If what we have found is further confirmed, then the so-called immune-metabolism inhibitors could be an effective answer for these patients, precisely because they are able to curb the aberrant activation of macrophages,” concludes Giulio Cavalli.

This research adds to other fundamental contributions of Ospedale San Raffaele to the understanding of this rare orphan disease, started years ago with the discoveries of Dr. Marina Ferrarini, Prof. Lorenzo Dagna and Prof. Claudio Doglioni, who also participated as collaborators in the current study.

The research carried out by Giulio Cavalli’s team, which was made possible thanks to the support of the Italian Association for Research against Cancer (AIRC), has won a new prestigious grant from the European Hematology Association (EHA), which will enable the team to continue along the path they have set out.

What is bradycardia and how to treat it