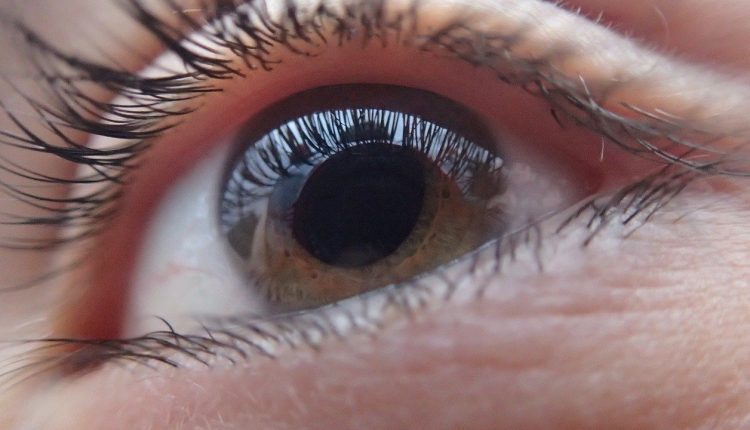 Retinal detachment: they are called myodesopias, but we often refer to them as “flying flies”, small moving spots that alter our vision and are often accompanied by flashes of light

Although it is often a benign disorder, if we notice such alterations in the visual field we should refer to an ophthalmologist: “flying flies” can also be the first sign of a retinal detachment, a very serious disorder that needs to be treated, even surgically, before it compromises our sight.

Myodesopias are images of small bodies that seem to float in front of us, also known as “moving bodies”.

We see them within the field of vision: they are opacities in the vitreous body, the mass that fills the inside of the eye.

These opacities are projected onto the retina, and when hit by light entering the eye, they result in shadows that disturb our vision.

They are called ‘flying flies’ because they move and oscillate in our visual field when we move our gaze.

They are related to an alteration of the vitreous body of the eye and the causes are many, from degeneration that comes with age, to high myopia, trauma, dehydration (in fact we are typically affected during the summer) and are considered a rather common phenomenon, however they could also indicate a detachment of the retina from the vitreous body.

If the retina is damaged, in fact, the gel of the vitreous body can exert a high traction when, as it alters, it contracts, leading to a break in the retina to which it is attached at birth.

This retinal rupture allows the fluids inside the eye to find a ‘way’ to infiltrate between the retinal membrane and the retinal epithelium, contributing to detachment

This is a serious condition that needs to be treated promptly, as a retinal detachment, particularly if it is particularly extensive and towards the macula, can lead to irreversible problems with vision.

Retinal detachment: what to do if you have myodesopsies?

If you realise that you have mobile bodies in your field of vision, and especially if they appear suddenly and with a “cascade” effect and with the simultaneous appearance of bright flashes that further disturb your vision, you should contact your ophthalmologist as soon as possible.

If, on the other hand, the retinal detachment is already in progress, vision will be disturbed by a sort of “curtain” in the visual field that may appear along the upper peripheral vision of the eye or, on the contrary, downwards, depending on where the detachment began.

In order to diagnose a retinal detachment, the specialist will dilate the pupil with eye drops and then assess the condition of the fundus of the eye and the retina.

If the ophthalmologist identifies a retinal detachment, in order to avoid loss of vision, laser treatment will be planned as soon as possible, if the lesion is small, in order to heal the retina and prevent the vitreal fluid from leaking out, or, if the detachment is significant, surgery.

What Is Ocular Pressure And How Is It Measured?

Opening The Eyes Of The World, CUAMM’s “ForeSeeing Inclusion” Project To Combat Blindness In Uganda

What Is Ocular Myasthenia Gravis And How Is It Treated?