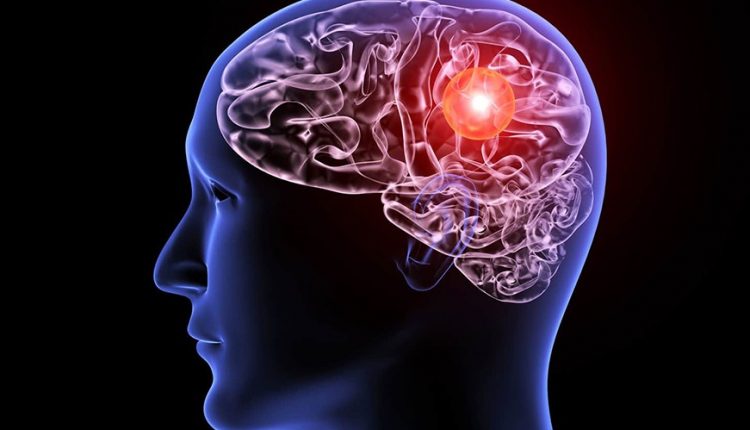 Aneurysms are dilations of a cerebral artery, which, if ruptured, can lead to subarachnoid haemorrhage. They manifest themselves with a severe headache, often with nuchal irradiation

There are two treatment options: neurosurgical and endovascular treatment.

What are ruptured aneurysms?

An aneurysm is a dilation of a cerebral artery. The size can vary from a few millimetres to lesions, called “giants”, with diameters of more than 2.5 cm.

Aneurysms can affect any cerebral artery, although with different frequency and sometimes different symptoms.

Ruptured aneurysms are those that cause subarachnoid haemorrhage

The patient’s clinical picture varies from a simple headache to coma.

Subarachnoid haemorrhage, which occurs as a result of a ruptured aneurysm or any malformation in the brain, consists of a spillage of blood in the subarachnoid spaces. The brain appears as if ‘painted with blood’.

The incidence of the disease is 10 cases per 100,000 people with mortality or serious health conditions in 60% of cases.

These figures are indicative of a serious, complex disease with a major family and social impact.

One third of patients do not arrive in hospital due to sudden death.

It is therefore clear that knowing how to interpret the symptoms and promptly call 118 / 112 / 911 becomes crucial in a pathology where the time factor is so important.

What are the causes of ruptured aneurysms?

Approximately 4-5% of the population are carriers of aneurysms, but only a very small number of these will show signs.

The aneurysm is frequently located in the bifurcation of the cerebral vessels, a sign that the cause is often embryological.

What are the symptoms of ruptured aneurysms?

In the case of ruptured aneurysms with bleeding, the aneurysm becomes evident after bleeding.

The most common symptom is a severe headache often with nuchal irradiation; this headache is described as sudden.

Sometimes there is also an intraparenchymal haematoma with consequent motor disturbances.

The diagnosis is made in the emergency room where the CT scan shows the haemorrhage.

As soon as the diagnosis is made, the decision is made to perform an ANGIOTAC (a normal CT scan that highlights the cerebral vessels and is performed with contrast medium).

In doubtful cases, a cerebral angiography is performed (local anaesthesia in the groin, catheterization through the femoral artery to reach the intracranial vessels and contrast is injected, obtaining a complete dynamic visualisation of the cerebral flow).

The Operating Units involved in the management of the patient with neurovascular pathology are usually:

If the multidisciplinary team has given an indication for treatment, there are two possibilities:

Endovascular treatment is not an alternative to microsurgery, but a real choice of intervention.

Some aneurysms have an indication for surgery, others for endovascular treatment.

It is up to the team to assess the treatment of choice in each case.

Microsurgical treatment consists of excluding the aneurysm sac by placing one or more “clips” (small pins) at the level of the collar of the malformation.

It is performed with the aid of the most modern technology:

The risks are limited, given that the cerebral vessels rest on the surface of the brain and not inside, and that the microsurgical procedure therefore “works” on the surface without passing through the brain tissue.

The use of “intraoperative monitors” for motor and sensory assessment of the patient during the course of treatment is essential.

Endovascular treatment is a normal angiography procedure that consists of reaching the cerebral vessels through the femoral artery and filling the aneurysm sac with small titanium filaments or placing stents (small cylinders of malleable materials) that exclude the aneurysm from the brain.

The risks are related to the possibility of transient or permanent ischaemic events (higher in stents than in coils) and in the possible rupture of the aneurysm intraprocedurally.