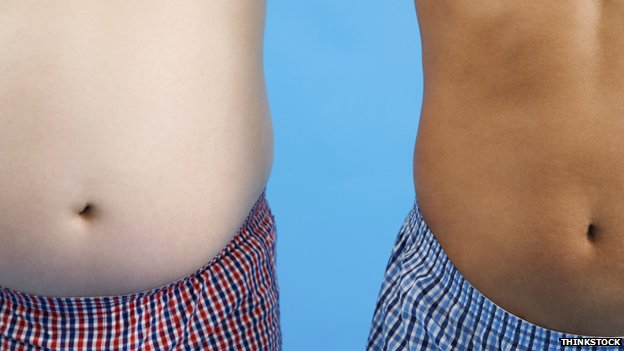 In search of a personalised diet

Forget the latest weight-loss fad – science may already have worked out what diet is best for you. Experts say a personalised approach could transform the way people lose weight.

Scientists say this isn’t just down to a lack of willpower. It is due to a person’s individual make-up – their genes, hormones and psychology.

The latest weight-loss theory is that instead of reaching for a one-size-fits-all diet, people should follow one that is tailored to their individual needs.

For the first time leading obesity experts and BBC Science have put this theory to the test nationally. Over three months, 75 dieters were put through a series of tests and monitored at home. The study was overseen by scientists from Oxford and Cambridge and their research teams.

The study looked at three types of overeaters. Feasters who find it hard to stop eating once they start, constant cravers who feel hungry all of the time and emotional eaters who turn to food when they get stressed or anxious.

When it comes to feasters, research shows hormones play a big part in their eating habits. In particular, they produce low levels of certain gut hormones that are released when food arrives in the intestines. These chemical signals travel through the blood to the brain and tell the body when it has had enough food and should stop eating.

“Some people have astonishingly low levels of certain gut hormones and are not getting those signals,” says Susan Jebb, a professor of diet and population at Oxford University.

“The role genes play in losing weight is unequivocal, but due to changes in technology we are beginning to find out what these genes are,” says geneticist Dr Giles Yeo, from Cambridge University.

Emotional eaters reach for food when they are stressed or anxious. When the brain perceives a person is in difficulty, it triggers changes to the body, like the heart rate increasing. This stressed state makes it even harder for people to overcome what they are facing. This sort of eater has developed habits that are hard to break and in stressful times their brains seek out a reward.

“People often think diets are about willpower,” says Jebb. “Forget that, diets are about habits. There has never been a study that says people can will themselves to lose weight, but they can change their habits.”

So, what diet should each group follow to successfully lose weight?

Feasters need a diet that makes them feel full for as long as possible. Scientists suggested a high protein, low glycaemia index (GI) diet. These are foods that boost gut hormone signals and include fish, chicken, basmati rice, lentils, grains and cereals. No potatoes or bread because they don’t make people feel full for very long.

“Protein and carbs that are not absorbed quickly are absorbed lower down the gut, producing more hormones that make us feel fuller,” says gut hormone specialist Prof Fiona Gribble, from Cambridge University.

Constant cravers have genes that make them feel hungry most of the time. As a result they struggle to diet for seven days a week. Instead they were told to drastically reduce their diet to 800 calories on two days of the week. They ate normally, but healthily, for the other five. This is often called intermittent fasting.

“Constant cravers have the toughest job as they have a strong predisposition to being overweight,” says Jebb. “The fasting diet should shock their bodies into burning fat.”

How to save lifes in 3 minutes? The Weinmann demo at REAS2014