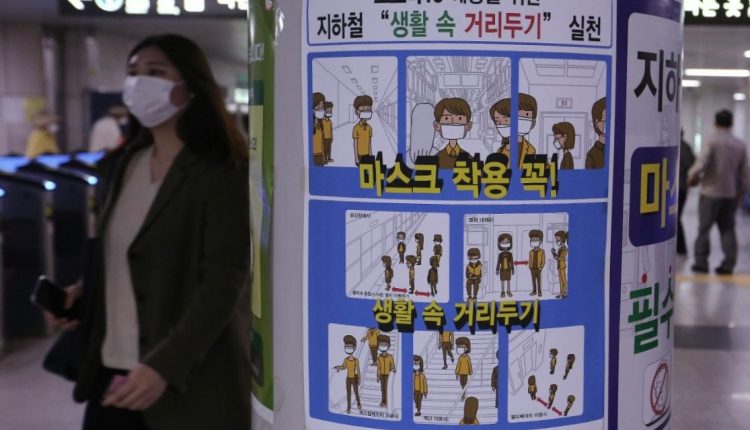 South Korea is reviewing AstraZeneca’s application for approval of its coronavirus vaccine and in the meantime has extended its ban on private gatherings of more than four people to the whole country, as daily cases are growing at more than 1,000 every four days.

The drug safety ministry said it will seek to approve the UK vaccine for emergency use in 40 days.

The approval will be the first for the country, which has been grappling with a prolonged rise in infections during the last wave, with a sharp increase in deaths.

Agreement between South Korea and AstraZeneca for vaccine doses

South Korea signed an agreement with AstraZeneca to secure 20 million doses of its vaccine in December, with the first shipment expected as early as January.

The country also has agreements with three other drugmakers – Pfizer, Johnson & Johnson’s Janssen, Moderna – and the global Covax initiative, backed by the World Health Organisation.

Authorities plan to begin vaccinations in February, starting with health workers and people at risk, but the government has been criticised for this programme, as vaccinations have already begun in Europe and the US.

Not just in South Korea: AstraZeneca’s vaccine has already been approved in the UK, Argentina, El Salvador and India

It is cheaper and can be stored at refrigerator temperature, making it easier to transport and use than some rivals, such as Pfizer’s.

The Oxford/AstraZeneca vaccine, however, continues to be surrounded by uncertainty over its most effective dosage, since data published in November showed that a half dose followed by a full dose had a 90% success rate, while two full doses were only 62% effective.

A total of 1,020 new cases of coronavirus were reported in the country as of midnight Sunday, bringing the total to 64,264 infections, with 981 deaths, according to the KDCA.

The ban on small private gatherings, in place in the Seoul metropolitan area, has been extended nationwide until Jan. 17.

“The reason we extended the ban on gatherings of four or more people across the country is because the gathering of people is much more dangerous than a specific location,” Jeong said.

The extended social distancing rules imposed in Seoul and surrounding areas include restrictions on churches, restaurants, cafes, ski resorts and other gathering places.

More than 60% of South Korea’s cases come from Seoul, Gyeonggi province and the city of Incheon, with mass cluster outbreaks concentrated around nursing homes and prisons.

“The protocol should be fully ready for the whole process by the time the vaccine arrives – distribution, storage, inoculation and follow-up,” Chung told a government meeting.

He also called on the ministries of health, security and transport to help speed up the process so that they do not have to face the problems seen in the US and some European countries.

COVID-19 In ‘Full Swing’ In South Korea. Contagions Are Rising

COVID-19 Emergency in Bangladesh, the situation in hospitals in the various regions of the country