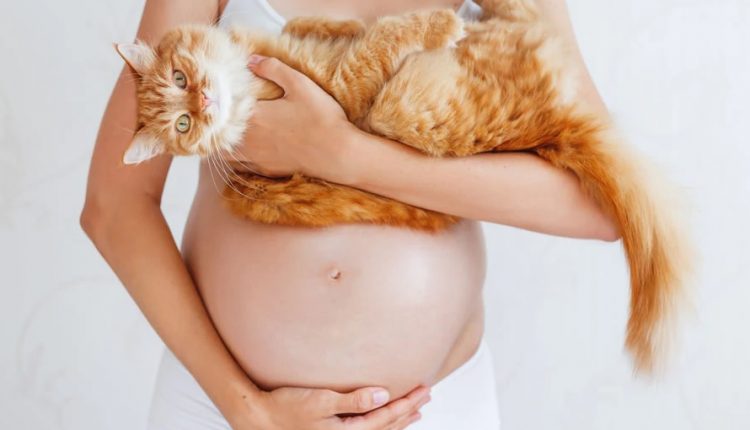 Toxoplasmosis, the protozoan enemy of pregnancies

Toxoplasmosis is less annoying than the flu if you don’t have any particular health problems, but it can become a danger in people with reduced immune defences and especially during pregnancy

Toxoplasmosis can be transmitted from mother to foetus through the placenta, sometimes causing serious consequences (e.g. eye diseases, mental retardation) for the health of the child.

Toxoplasmosis: no need to be frightened unnecessarily

However, there is no need to be unnecessarily frightened, because by following a few hygiene tips and having a check-up while you are expecting you can minimise the risks.

Toxoplasmosis is an infection caused by a microscopic protozoan, toxoplasma gondii, which can infect various organs (particularly the muscles) of various animals and humans, and which can be excreted in the faeces of some infected animals.

The disease can be transmitted in several ways, but the most common route is through food, i.e. by ingesting food containing the protozoa, especially raw or undercooked meat, especially pork or sheep.

According to a European study carried out in six cities (including Milan and Naples) and published in the British Medical Journal, between 30 and 60% of the women who took part in the research had contracted the disease in this way.

Travel to countries with poor hygiene standards and contact with infected soil (e.g. when gardening) are also at risk.

According to the most recent data, however, it would appear to be very difficult to fall ill through direct contact with cats, which were once cited as the main ‘anointers’.

In fact, these animals (if ill with toxoplasmosis) are the only ones with whom we come into contact to emit faeces containing the protozoan, which only becomes infectious 24 hours after the faeces have been emitted.

So much so that several studies have shown that the risk of falling ill through contact with a cat is practically non-existent.

This does not mean that you should underestimate precautions, but simply that you can live peacefully with your pet.

So if you have a cat in the house, it is best not to let it out to prevent it from hunting infected prey, keep it away from food, do not give it raw food (which could make it sick), wash your hands well after cuddling it and have someone else clean and disinfect the litter box (or do it wearing gloves and then washing your hands well).

Cats aside, women who want a baby or who are pregnant should be more careful in the kitchen, especially those with reduced immune defences, by carefully handling meat for cooking, washing knives and containers used for raw meat well before using them for other foods, eating only well-cooked meat, avoiding sausages, raw ham and bresaola produced by artisans and not checked, washing fruit and vegetables thoroughly before eating them.

They should also wear gloves if they are gardening.

A test before pregnancy and the risk of toxoplasmosis collapses

In addition to this, don’t forget the test, a simple blood test to be carried out just before pregnancy or in the early stages of gestation to find out if you have had toxoplasmosis in the past (you often don’t know because it doesn’t normally give obvious symptoms, apart from a little tiredness and muscle aches).

In this case you can rest assured that you are protected.

Sometimes, however, the doctor will ask you to repeat the test before giving the go-ahead.

It can happen that there are false positives, i.e. that you are protected when in fact you are not.

With two tests that say you have already had the disease, however, you can rest assured.

If, on the other hand, you have not had toxoplasmosis, you must pay particular attention to prevention and repeat the test every month.

In this way, if the woman should contract toxoplasmosis, it is possible to intervene promptly with the appropriate treatment and reduce the risks for the child.

How To Provide Correct Emergency Medical Care To A Pregnant Woman With Trauma?

Ultrasound: what it is, when and why it is done