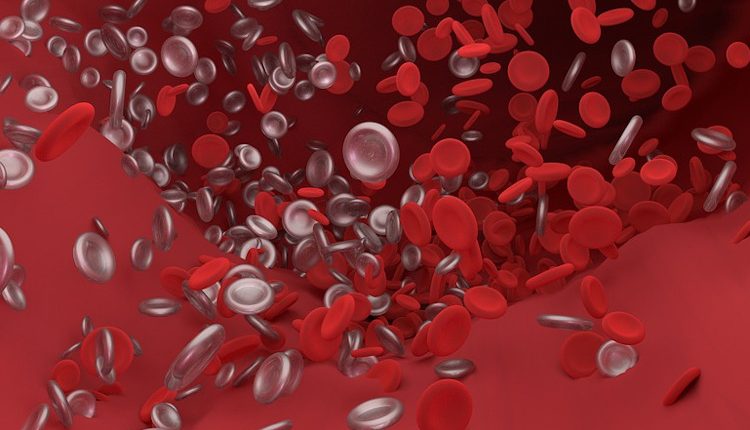 Trauma induced coagulopathy (TIC) is now recognized as one of the major contributors to mortality in badly injured patients.

Its pathophysiological pathways are debated and still not well known but seem to be clear, and widely accepted, that the profibrinolytic state, triggered from many and different factors involved in trauma, leads to an acute Fibrinogen consumption. Thrombin and Coagulation Factors, in fact, seems to be preserved and well functioning even in bad traumatized patients.

This lack of Fibrinogen, at least in the early phase of trauma, is the real cause of coagulopathy and has to be early recognized and treated to revert the altered coagulation asset existing in a great part of traumatic patients.

TIC: what are the therapies?

The substitution of massively deteriorated Fibrinogen is the therapy of choice in patients with acute TIC. Two ways of achieving this goal are recently shown to be feasible, and from different point of view, effective.

The second is a Goal Directed Therapy (GDT) with Fibrinogen concentrate administered on the base of thromboelastography profile of the clot, targeted to guide the Fibrinogen administration and monitoring the profile of clot formation.

TIC: what is the challenge during these types of traumatic emergencies?

The clinical challenge for physicians facing traumatic emergencies, both in prehospital and in-hospital field, is to early recognize the TIC in patients with low injurity score and well preserved physiologic parameters. The early recognition of coagulative system alteration leads to an early support of coagulation and hopefully to a better outcome.

There is no clear evidence and consensus on which hematologic or clinical indicators to use as acute coagulopathy risk stratification in trauma patients.

TIC: the consensus conference in Italy

On February 2015, in Bologna, some of major italian experts in trauma gave life to a consensus conference on this topic. The result of the conference leads to an initial, but not least important, consensus on the major implant of the theory at the base of recognition and treatment of TIC.

First step of this implant is the decision on when to treat the patients and when the treatment is futile. If the treatment is not futile the second step is to recognize, based on hematologic values and clinical parameters, the patients at risk of coagulopathy. Some values were identified as suitable for the stratification of the risk, but among the participants were not consensus on which is the most important and wich cut-off level to use.

BE, HB, SBP, Lactate levels were the most wanted indicators for recognizing of TIC. Next step, after recognizing the risk of coagulopathy is the choice of sustaining coagulation. The experts achieved the consensus on this statement but not on which was the best way to do it: Goal Directed Therapy (thromboelastography and targeted Fibrinogen replacement) or Fix Ratio supplement with PRBC FFP an PLT.

Till here the consensus.

TIC: what is beyond

Giuseppe Nardi, an intensivist working in Rome at Shock and Trauma Center of Azienda Ospedaliera S. Camillo Forlanini and widely recognized as one of the major experts in trauma, tried to go beyond this statement, designing a clear path for future investigations and hopefully new consensus.

Steady underlining the subjective value of the data, he identified a potential cut-off value for each of the most important indicators of early coagulopathy in trauma.
He indicated:

Said that just one of this values is predictive of fibrinogen depletion (normal plasma fibrinogen levels range from 200 to 450 mg/dl, and current guidelines recommend maintaining the plasma fibrinogen level above 150 m g/dl) and on the base of those values he hypothesized that, with a good approximation, clinicians can identify the risk of trauma-induced coagulopathy.

Nardi based his assumption on some good articles present in literature, but he mentioned one in particular:

Estimation of plasma fibrinogen levels based on hemoglobin, base excess and Injury Severity Score upon emergency room admission. [1]

This is a retrospective study of major trauma patients (ISS ≥16) with documented plasma fibrinogen analysis upon ER admission. Plasma fibrinogen was correlated with Hb, BE and ISS, alone and in combination.

The study, being retrospective, is at risk of confounding bias even if regression analysis was conducted.

The authors concluded:” Upon ER admission, FIB of major trauma patients shows a strong correlation with rapidly obtainable, routine laboratory parameters such as Hb and BE. These two parameters might provide an insightful and rapid tool to identify major trauma patients at risk of acquired hypofibrinogenemia. An early calculation of ISS could further increase the ability to predict FIB in these patients. We propose that FIB can be estimated during the initial phase of trauma care based on bedside tests.”

Nardi, together with Osvaldo Chiara, Giovanni Gordini and other well-known experts in trauma, is part of the Trauma Update Network (TUN) and elaborated the Early Coagulopathy Support (ECS) protocol:

“The protocol aims to avoid the use of plasma in the patients who will need a limited number of PRBCs, reduce the plasma related complications, and improve coagulation support in patients requiring massive transfusion through the early restoration of fibrinogen blood concentration. The ECS protocol has been developed assuming to have a point of care monitoring of coagulation, but can also be applied if viscoelastic monitoring is not available. The ECS will be adopted by the TUN trauma centers with strict monitoring of economic impact and clinical results” (from Giuseppe Nardi, Vanessa Agostini, Beatrice Rondinelli Maria et al. Prevention and treatment of trauma-induced coagulopathy (TIC). An intended protocol from the Italian trauma update research group) [2]

The basic principles of ECS can be so summarized:

But how those assumptions can be related to the practical clinical world?

The identification of parameters and cut-off values to recognize TIC can be a great step forward on the choice of the right patients in whom starting an early hemostatic resuscitation, avoiding both the risk of exposure to unneeded side effects than the possibility of wasting precious clinical resources.

The achievement of the target level of plasmatic fibrinogen (with Fresh Frozen Plasma in fix ratio or with the goal-directed the administration of concentrated Fibrinogen ) can be the next level for treating trauma patients.

In term of treatment, damage control resuscitation and the early support of coagulation must guide our clinical gestalt when treating trauma patients.

Fluid resuscitation in bleeding trauma patient: are you aware of which is the right fluid and the right strategy?

[1] Estimation of plasma fibrinogen levels based on hemoglobin, base excess and Injury Severity Score upon emergency room admission

Libya; the pre-hospital and emergency facilites situation during a civil war