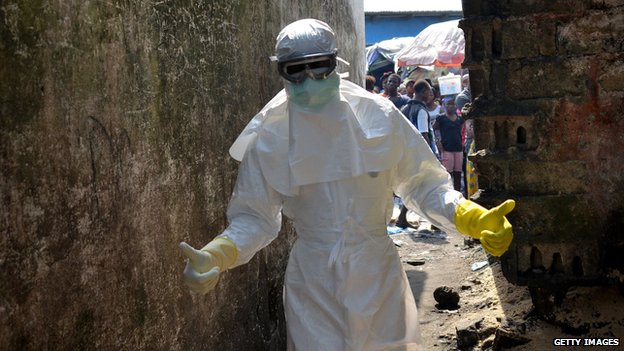 Two promising Ebola vaccines will soon be tried on the frontline of the epidemic in West Africa, the World Health Organization has announced.

Trials in limited numbers of volunteers suggest the vaccines are safe and can generate an immune response.

Further trials on thousands of people will take place in Africa, including in healthcare workers.

It is still unclear how much protection against Ebola, or for how long, the vaccines might provide.

The two leading candidates – being produced by GlaxoSmithKline and Merck – are going through safety trials in the US, UK and other countries.

The WHO said they had “an acceptable safety profile” and they were ready to be tested on the frontline.

“The world is waiting for us to get Ebola vaccines ready and out to the people that need them in their communities,” said Dr. Marie-Paule Kieny, assistant director general of the WHO.

Liberia is expected to start trials by the end of January, while Sierra Leone and Guinea will begin in the first half of February.

Dr Kieny said: “2015 will be remembered as the year humanity used our best scientific minds to fight back.”